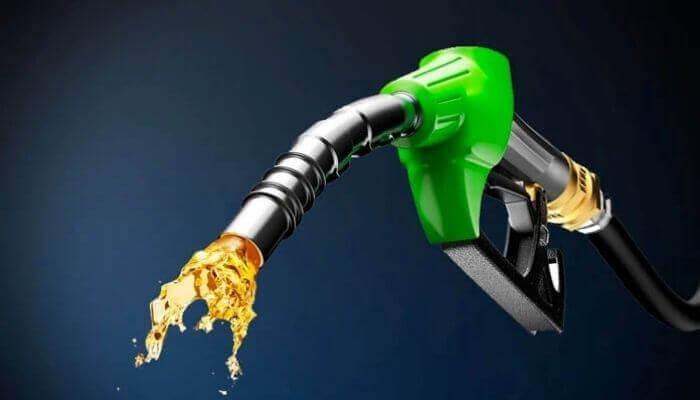 Nigeria’s fuel subsidy system is no doubt one of the biggest state-sanctioned heists of any country’s treasury. It is a monumentally corrupt scheme that has created billionaires out of Nigeria’s politicians, officials of the state-owned Nigerian National Petroleum Corporation Limited (NNPC) and their business cronies.

The country’s dodgy fuel subsidy scam along with the monumental armed robbery of Nigeria’s crude in the delta region has driven to near collapse the nation’s oil and gas industry.

The report of a Presidential Committee on Veriﬁcation and Reconciliation of Fuel Subsidy Payments between 2009 and 2011 discovered that the government wasted up to N667 billion (about $4.3 billion) annually subsidising millions of litres of petrol that Nigerians never used or even needed. Some of the petrol could not even be traced.

Designed as a palliative to cushion the landing cost of petroleum products delivered to refineries, the subsidy scheme has since transitioned into a social transfer mechanism to ease the burden of high fuel prices on low-income Nigerians.

But it has not eased the burden on the poor. On the contrary, the luxurious mismanagement of Nigeria’s subsidy regime occasioned by corruption has placed more burden on the masses.

Corruption and the death of an industry

Fifty years of subsidising the downstream petroleum sector has not addressed market imperfections, which distort prices and cause a misallocation of scarce labour and capital that undermines growth. The propping up of petroleum prices has only helped to artificially keep firms afloat in the industry and dampened investment in the sector as well as in alternative energy.

In essence, Kingsley Jeremiah and Adeola Adenikinju, professors in the Department of Economics and Centre for Petroleum, Energy Economics and Law at the University of Ibadan, said in an analysis in August, “The fifty years of the implementation of fuel subsidy has imposed huge costs on the Nigerian economy. The period also coincides with the collapse of the downstream petroleum infrastructure, including the refineries, depots, pipelines, and storage facilities, among others.”

Unsurprisingly, the subsidisation of Premium Motor Spirit (PMS) has drained government resources as subsidy, which is actually meant for the poor, has become available to everyone, including those who are relatively well-off and do not need the subsidy.

Before assuming office in 2015, President Muhammadu Buhari, in emotionally charged political statements, repetitively railed against his predecessors for failing to solve the recurrent problems in the country’s petroleum sector.

“There is nothing like subsidy,” he had magisterially pronounced in 2012. The removal of subsidy, he told journalists that year, was nothing but a tactic employed by the then-ruling party, the Peoples Democratic Party, to siphon the monies belonging to Nigerians.

“Nigerians are being deceived on the issue of fuel subsidy. The federal government takes out fuel for refining, only to come back and talk about removing the subsidy. That is nonsense and an attempt by a clique within the PDP led the federal government to siphon the proceeds to be realised from the removal of oil subsidy,” he said at the time.
Since assuming office in 2015, Buhari’s government has spent more on subsidy payments than any of his predecessors whom he had robustly criticised for corruption and mismanagement.

The 2022 NESG Macroeconomic Outlook report by the Nigerian Economic Summit Group disclosed that Buhari spent a total of N3.64 trillion on fuel subsidies between 2015 and 2021. The report also said the amount spent by his government on payment for petrol subsidy grew from N307 billion in 2015 to N1.77 trillion in 2021. This represented a 477 per cent increase within seven years.

In the first half of 2022, petrol subsidy claims surpassed oil receipts from the NNPC by N210 billion.

Eze Onyekpere, a lawyer, told BusinessDay that under the President Goodluck Jonathan administration, “NNPC was claiming subsidy for 30-35 million litres per day of PMS and there was a huge outcry that people were simply bringing documents, letters of credit and no ships were arriving and they were claiming money. Probes were set up both in the executive and in the legislature and affirmed, and some people were prosecuted. So, that shows that our real consumption could be 20-25 million litres daily and the rest is nothing but money for ‘the boys’.

“Enter the so-called anti-corruption Buhari, and today NNPC is claiming subsidy on 65 million litres per day. This is after two recessions, factory closures, and 33 percent unemployment, which is the highest in the nation’s history.

“Do they want us to believe that our consumption of PMS has increased in an era of a massive downturn of the economy? 35 million litres were tainted with fraud. Two recessions, later, unprecedented factory closures and second highest unemployment rate in the world, they are now claiming that we use 65 million litres. Indeed, in one of the months last year, they claimed 101 million litres a day.

What would Atiku, Obi and Tinubu do with fuel subsidy disaster?

Fuel subsidy would be one of the main issues the next administration will have to contend with, considering that the current administration plans to only finance subsidies till June 2023. Nigeria’s federal government says it will take over N6 trillion to finance it in 2023.

Atiku Abubakar was once Nigeria’s vice-president. The presidential candidate of the main opposition Peoples Democratic Party said he would review Nigeria’s fuel subsidy payment if elected.

“One of the key steps my administration will take is to undertake immediate government’s spending that would see to eliminating all leakages emanating from subsidy payments,” he told the Lagos Chamber of Commerce and Industry (LCCI) Economic Forum held in Lagos in September.

The country, he added, “cannot afford to continuously subsidise the lifestyles of its elites, while running a deficit budget”.

While Atiku said he would review fuel subsidy payment, his campaign spokesman, Daniel Bwala, inferred rather uncertainly that Atiku would end petrol subsidies and channel the funds towards the transportation and education sectors.

“All our earnings are going into servicing of debt. If we are able to take a pragmatic step of going away from the subsidy, we will be able to have enough funds to take care of the capital project to pay the salaries and overhead,” he said.

The lack of clarity in the policy statements of Atiku and his campaign team on the removal of fuel subsidy leaves one with the impression that the payment of fuel subsidy might continue if he wins the 2023 presidential elections.

Peter Obi, the Labour Party’s presidential candidate, has been very definite about what his government would do with fuel subsidy payments if he won the 2023 presidential elections.

“I will remove subsidy and look for something to replace it. The subsidy is a scam!”

In July, he emphasised his resolve to remove subsidy and improve critical economic sectors like power, healthcare and education.

Obi said: “In other words, are we saying that subsidy is more important than lives and property? We must be able to say if we keep this, we will not get this. But because of mistrust, I have to say that subsidy is a scam.

In August, he said, “Going forward, we must look for ways to move Nigeria beyond oil. We must end this criminality called ‘oil subsidy’.”

“Subsidy is organised crime,” he told the Private Sector Economic Forum of LCCI in September. “We need an aggressive production of local refining. Make resources available to ensure a private sector-led oil refining,” he advised the Federal Government”.

Bola Tinubu, the candidate of the ruling All Progressives Congress (APC), whose party is currently driving the biggest fuel subsidy payment in the country’s history, has been rather taciturn on whether he would continue with or eliminate the fuel subsidy payments.

In December 2015, while speaking in Kaduna at the 10th memorial anniversary of radical leftist scholar and historian, Bala Usman, Tinubu, one of the most virulent critics of the Jonathan administration’s attempt to remove fuel subsidy, urged the Federal Government to immediately remove the subsidy.

The former governor of Lagos State said subsidy on petrol was once a good idea but that “it has been perverted into its opposite”.

He said the aid was no longer helping the people, but had long become a device used by crooked business interests to steal public resources.

“In a perfect world, I wish we could sanitize the subsidy regime and thus continue (with) it,” he said. “However, I have reached the conclusion that there are too many demons in the system for this hell to be converted into good earth let alone heaven.”

Tinubu has been keen not to upset the records of the current APC government.