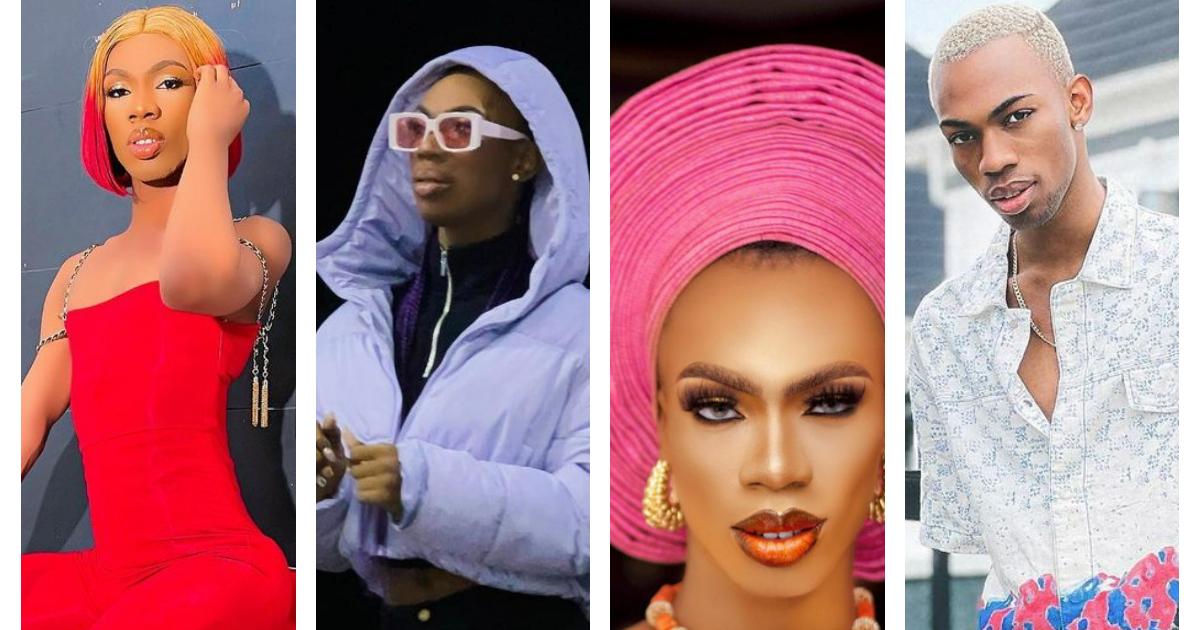 From his interviews, James Chukwueze Obialor grew up feminine, he became popular when he was picked up by the Nigerian police for being a homosexual – which he fervently denied by saying, ‘They didn’t caught me’.

“I tapped into cross-dressing because I love makeup and fashion both male and female fashion.” He said to the BBC some years ago.

He started to dress like Denrele Edun, copying Bob Risky a bit, but he realised that he didn’t like the style of popular Bob Risky.

The feminine version is his alter ego

Speaking on Glitch Africa’s podcast, Frankly Speaking, he attempted to explain who he is.

He feels he is a drag queen and not a cross-dresser, rather, a woman is his alter ego. This knowledge is coming from his recent trip to the United Kingdom.

“Cross-dressing in the google or dictionary is mostly guys who dress up like a girl like a theatre art or something while drag queen is a performing art.” He says.

“London colonized us so, we have to follow their lead. I went to school and studied business brand management and marketing, and I learnt under it that a drag queen is like an alter ego in you. Everyone has an alter ego…My alter ego is the princess of Africa.”

“I’m still the one in control…but they are all working just like husband and wife…James Brown is the business guru that’s why I’m cashing out, but the princess or queen of Africa is the one with the beauty and class, the content, both of them cannot work without each other.”

A drag queen dresses like a woman to entertain audiences, and James Brown feels most content creators in Nigeria are drag queens – and he is right. Almost every Instagram comedian finds acting like a woman funny. They put on a wig and fake breasts and sound like women for laughs. It’s their go-to comedy bit.

He wears his abaya and “let everything fly, sometimes.” I wear my hair throughout the day, But he insists that dressing up like a woman doesn’t define his sexuality because he has a girlfriend.

But, he just got a girlfriend.

“It’s a new development in my life, it happened in the UK.”

Does that mean all along, he has been with men sexually? He does not deny or affirm that. Let’s not forget when he went on and on about Papito buying him flowers – Papito sounded male.

“This is a new development that I’m so proud of, I didn’t even know it, this is my first time being with a girl.” He says.

Then, there a sex tape that went viral, he was seen having unprotected sex with a woman. Many people believe he released the tape himself.

Who is James Brown?

His identity crisis is staggering, and it doesn’t take much to figure out. James lives a life of duality, both man and woman. He can’t be trans because that would be to deny a real part of himself, the male part, but he can’t be masculine in the popular sense of it.

Yet, he has monetised this persona, the feminine version of himself, but he cannot be her all the time, and honestly, she’s funny.

Eventually, he gets tired and wants to dress like a man. He embodies what it means to be fluid. In another country, he might adopt the pronoun, ‘they’.