Who Is Elliot Grihault? About The New Luke In ‘House Of The Dragon’ – Hollywood Life 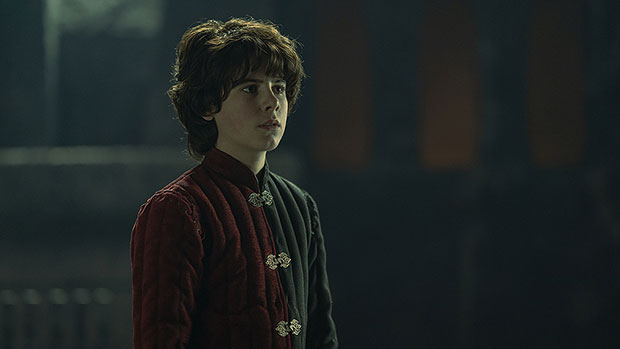 The final time jump in House of the Dragon introduced us to the new actors playing Rhaenyra’s three eldest sons. Elliot Grihault is one of the young cast members playing teen Luke in the HBO series. The season 1 finale airs on October 23, and Luke will have a major role in the episode.

More ‘House Of The Dragon’ News:

So, who is Elliot Grihault? He’s a newcomer in the TV world, but his role in House of the Dragon has solidified him as a star on the rise. Get to know Elliot with our 5 things below.

1. Elliot plays Lucerys Velaryon in House of the Dragon.

Elliot made his first appearance as 14-year-old Lucerys “Luke” Velaryon in House of the Dragon episode 8. Luke is Rhaenyra’s second son by Laenor Velaryon (but technically Harwin Strong). Luke’s legitimacy to inherit Driftmark was a major plot point of episode 8. Earlier in the season, Luke caused Aemond Targaryen to lose his eye during a fight. The role of Luke was previously played by Harvey Sadler.

2. House of the Dragon is his first onscreen role.

Elliot’s role as Luke is his first onscreen TV role, according to his IMDb profile. In addition to episode 8, Elliot will appear in the season 1 finale of House of the Dragon. This is just the beginning of young Elliot’s career onscreen!

Elliot starred as young Harry Potter in the production of Harry Potter and the Cursed Child at The Palace Theatre in London. His last show was in 2019. “It was my last show today in @cursedchildldn… I would like to thank everyone part of it for making this one of the best experiences of my life!!” he wrote on Instagram.

4. Elliot has worked on an Apple animation series.

In 2021, the actor posted behind-the-scenes photos of himself doing voiceover work for an Apple TV+ animation series. He was back in the studio recording season 2 of the animation series in December 2021.

Elliot’s handle is @elliotgri. The actor has been chronicling his House of the Dragon experience on Instagram. After his House of the Dragon debut, Elliot wrote on Instagram, “The love and support I’ve been getting from this character is beyond what I could have ever imagined. Thank you so much for loving this character as much as I loved playing it.”