US commits $150m to support climate adaptation initiatives in Africa 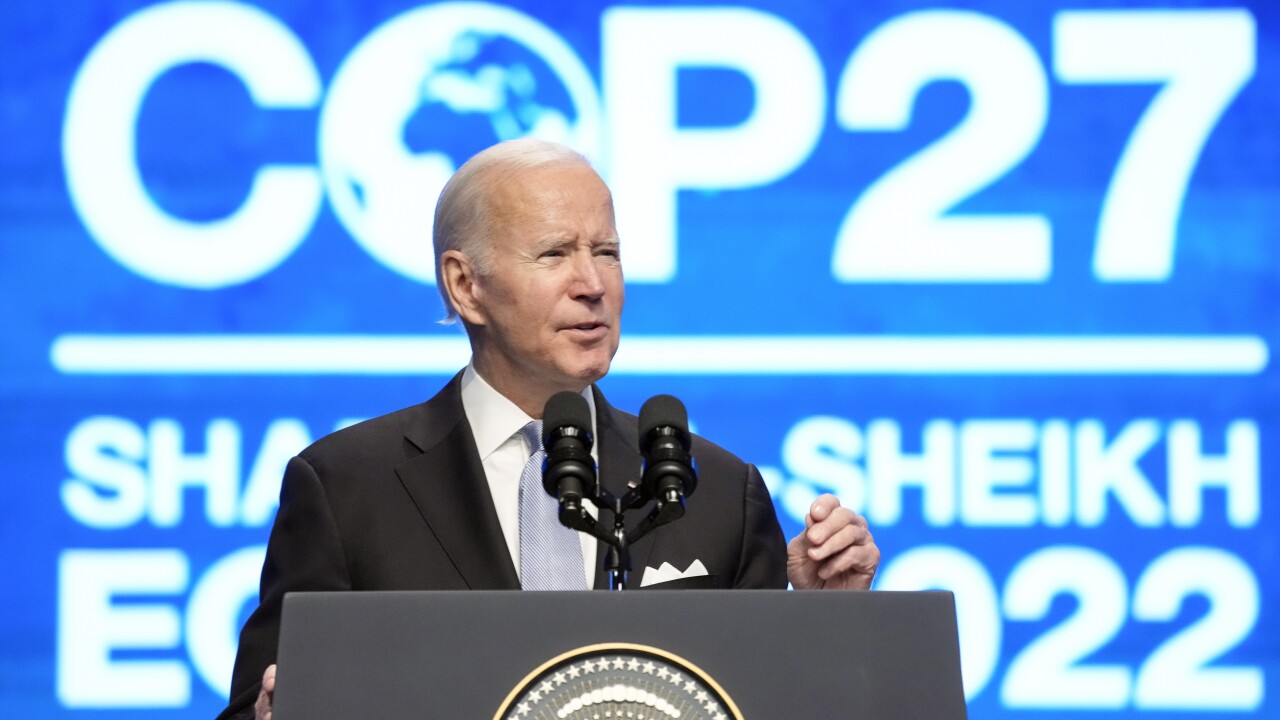 US President Joe Biden has announced the sum of $150 million dollars to accelerate climate adaptation initiatives in Africa.

He said this on Friday while delivering a national statement at the ongoing COP27 in Egypt.

Biden said African cities and communities that are hardest hit by the climate crisis do not have the resources to adapt.

He noted that his administration has doubled its adaptation pledge, adding that if countries can finance coal in developing countries, they can also finance clean energy in those countries.

The US president stated that his country will make sure that every dollar delivered goes as far as possible in unlocking larger pools of financing and the trillions in private investment that is needed.

“So many disasters, climate crisis, the city and hardest hit countries and communities that have the fewest resources to respond and to recover. That’s why last year I committed to working with our congress to quadruple US support to climate finance and provide $11 billion annually by 2024, including $3 billion for adaptation,” Biden said.

“Today, as a down payment, we’re announcing more than $150 million in initiatives that will specifically support and prepare adaptation efforts throughout Africa, including adaptation and African efforts that Egypt and the United States launched together in June.

Citing the impacts of climate change across the world, Biden said the climate crisis is about human, economic, environmental and national security as well as the life on the planet.

He said world leaders should see it as a mission to avert climate catastrophe and ensure a new clean energy economy for the present and the future.

“According to the World Meteorological Organisation, the past eight years have been the warmest on record. The United States is seeing a historic drought. wildfires in the west, food insecurity, and hunger following four years of intense drought in the Horn of Africa,” Biden noted.

“The Nigeria flooding has recently killed 600 people, 1.3 million more are displaced. Seasonal livestock migration routes have been used for hundreds of years and are being altered, increasing the risk of conflict between herders and local farming communities.

“Our investments in technology, from electric batteries to hydrogen are going to spark a cycle of innovation that will reduce the cost and improve the performance of clean energy technology that will be available to nations worldwide, not just the United States.

“We’re gonna help make the transition to a low carbon future more affordable for everyone, accelerate decarbonisation beyond our borders. In fact, the International Energy Agency recently concluded that our significant climate investment will turbocharge the emerging global clean energy economy and dream of course. It’s going to shift the paradigm for the United States and the entire world.”

He also announced that the United States of America will meet its emissions targets by 2030 to help avert “climate hell”.

This story is published in partnership with Report for the World, a global service program that supports local public interest journalism.