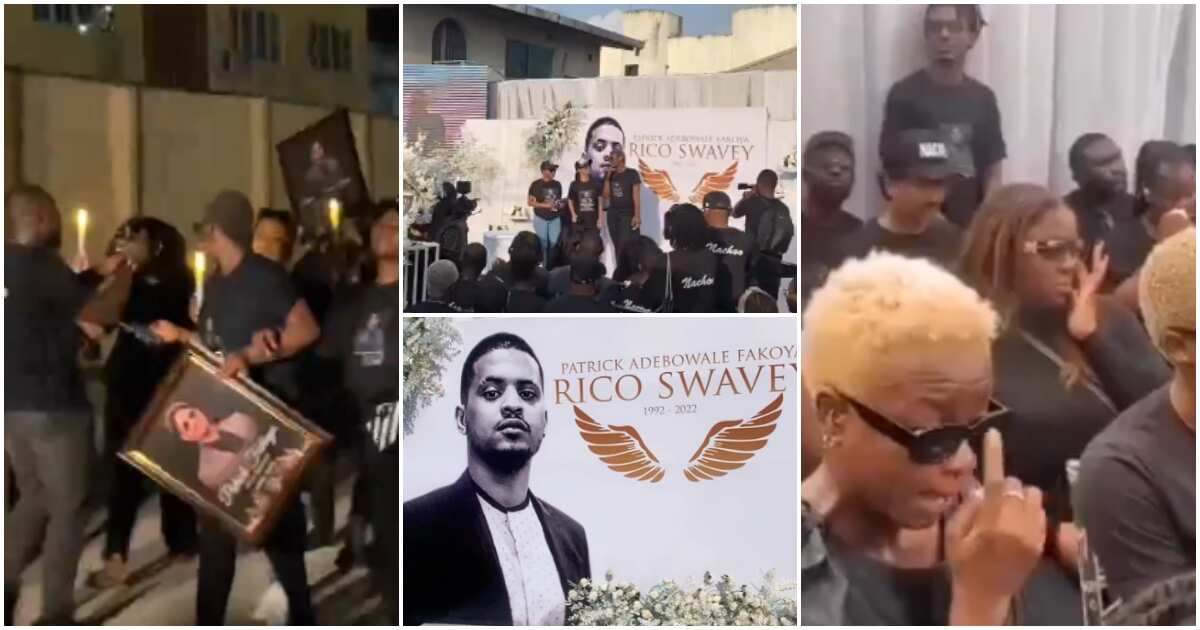 The service of songs for the late Patrick Fakoya aka Rico Swavey held today Wednesday, October 19 and it was an emotional affair.

Friends, colleagues, and loved ones of the realty star trooped out, all dressed in black to pay their last respects and tribute.

Photos and videos from the emotional tear provoking service have made teh rounds on social media. 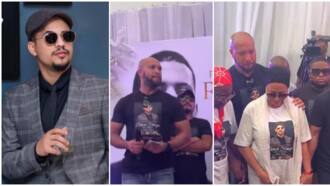 “Thank God he has siblings”: Video of Rico Swavey’s mum with his lookalike brothers, cousins surfaces

One of Rico’s dearest friends Alex, talked about how amazing he was during his lifetime and the kind of moments they shared.

While a poem was being recited about the kind of life the late Rico lived, Arin, Bam Bam and a couple of other people burst into tears.

A candlelight procession was also held with Alex holding on to Rico’s photo.

“Omo, even though I no sabi the guy, it’s still painful that we lost someone so young.”

“I wish say na your birthday or your wedding,but God knows best..REST IN PEACE BROSKI❤️”

“One with a captivating smile,may his creator be pleased with his soul, overlook his shortcomings and grant unto him an abode in Paradise “ 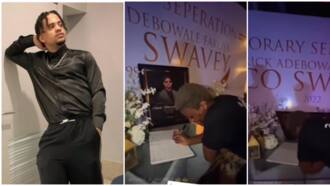 “Must you always beat me?” Moment Rico’s photo frame fell on Alex’s head while signing his condolence register

“Still finding it so hard to believe he’s gone Omo nothing dey this life o.”

The death of Big Brother Naija ex-housemate Rico Swavey came as a rude shock to may who hoped he would survive the fatal accident that eventually claimed his life.

One of late Rico’s dear friends Tobi Bakre is completely heartbroken, and the idea of moving on or accepting fate seems foreign to him.

Tobi took to his Instagram story channel with different portraits of Rico in his true element, someone who loved life, smiled and could hardly stay serious.