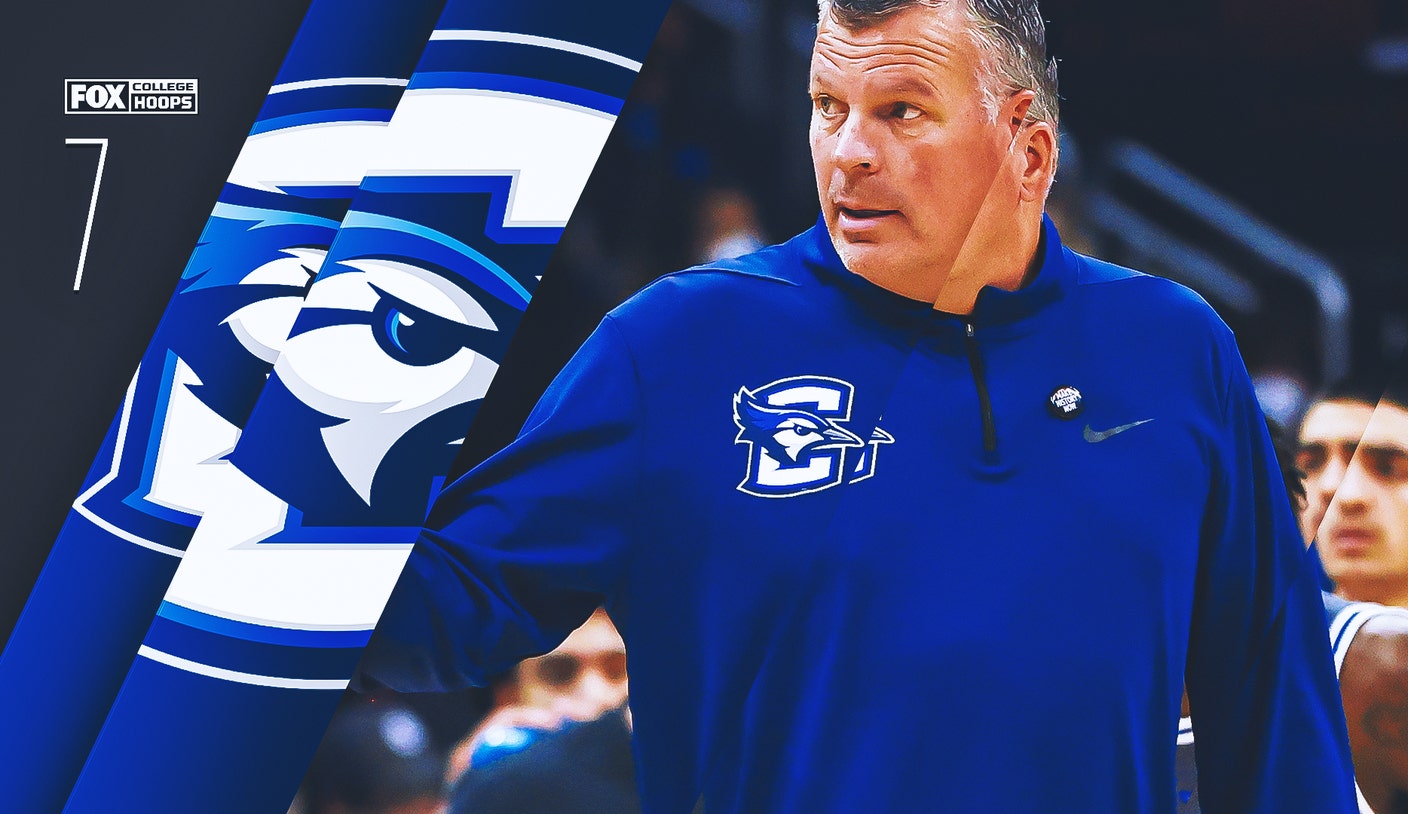 Editor’s note: John Fanta is counting down his top 15 college basketball teams leading up to the start of the 2022-23 season. Checking in at No. 7 is Creighton.

“The goal for us this year is, without a doubt, a national championship.”

Those words came out of Omaha in September. The direct quote was from Creighton standout guard Trey Alexander upon being asked what the expectations are for the Bluejays this season. His response was echoed by his teammates and coaches.

The top team in the Big East preseason poll returns four starters and hit one of the biggest splashes in the transfer portal in the offseason. Rather than shy away from the hype, the Bluejays are leaning into it.

With 13th-year head coach Greg McDermott leading the way, Creighton has a well-rounded group that played its best basketball down the stretch last season, reaching the Big East Tournament Championship before beating San Diego State in the NCAA Tournament. The Jays gave eventual national champion Kansas all it could handle in the round of 32, and while it was a seven-point loss for Creighton, it felt like a foreshadowing of the type of team McDermott could have with the majority of his core back for the upcoming season.

Before we dive in further on this season’s Creighton team, it’s worth showcasing why this program can be counted on. The Bluejays have been one of the sport’s most consistent programs over the past two decades, and it doesn’t feel as though they get talked about enough nationally for what they’ve done.

In fact, get this: the Bluejays have won at least 20 games in 22 of the last 24 seasons. Just two programs — Gonzaga and Kansas — have been a perfect 24-for-24 in that stretch, while Duke has done it in 23 of the last 24 campaigns. From there, it’s Creighton and Kentucky tied at 22. That’s some exclusive blue blood company for the Bluejays.

Entering Year 10 in the Big East, Creighton has been a major asset to the reconfigured league, making four of the past five NCAA Tournaments and reaching the Sweet 16 in 2021, the first for the program since 1974. The Bluejays have exceeded or matched their conference preseason ranking in each of the last nine years, making this season particularly interesting because they’re picked first.

There’s still uncharted territory for McDermott. Creighton has never won the Big East Tournament despite four trips in nine years to the championship game. The Jays have also never been to a Final Four and have been to just one Elite Eight (1941).

While Ryan Hawkins and Alex O’Connell may be gone, the Jays have a stacked and experienced second-year class back, coupled with the reigning Big East Defensive Player of the Year, Ryan Kalkbrenner. Package that with two transfers, and the Jays fit the bill of a top-10 team.

The Creighton Bluejays gave Villanova a challenge in the Big East Championship game with help from Ryan Kalkbrenner.

Who’s back on the roster?

Let’s start in the backcourt, where reigning Big East Freshman of the Year Ryan Nembhard is joined by Alexander. It’s going to be interesting to see how these two players coexist because Alexander’s best basketball came when he took on the lead guard role after Nembhard’s season was cut short by a wrist injury.

Ranking third in the Big East at 34.8 minutes and 4.4 assists per game, Nembhard averaged 11.3 points per contest on 40% shooting and looked beyond his years in running point for McDermott in 27 games. When he went down with the injury on Feb. 23 at St. John’s, it looked bleak. But Alexander took the opportunity to lead and shined. In eight games without Nembhard, Alexander averaged 11.6 points, 4.3 boards and 4.0 assists in 34 minutes. He totaled 14 assists combined in the Bluejays’ pair of NCAA Tournament contests, going for 14 points and nine dishes in the thriller against Kansas in the big dance.

As we flip the page to this season, Nembhard is back to full health and will likely start alongside Alexander, potentially making Creighton so dangerous to defend. The question is, will we see them build off one another and produce big numbers? The other big factor is 3-point shooting, as both struggled to be consistent from beyond the arc as freshmen — Nembhard shot 31% from downtown, while Alexander was at 28%.

Word out of Omaha is that Alexander had a huge summer and will be a top-two player for the Bluejays. He may not have been one of the four Creighton players to receive a preseason honor in the Big East, but the coaches could be wrong on that one. Look for the 6-foot-4 guard to have a massive season and become a potential candidate for the NBA Draft.

As for the frontcourt, Creighton has a great blend of talent on the interior with Kalkbrenner and dynamic power forward Arthur Kaluma. Kalkbrenner, an All-Big East Preseason First Team selection, is a legit threat to win the conference’s Player of the Year award and to be an All-American. Ranking second in the league last season with 89 blocks, the 7-foot-1 center is an elite rim protector and post defender. He led the Big East in field goal percentage (65%) and in notching 134 offensive rebounds. That mark on the offensive glass was the most by a Creighton player in more than 35 years. Had he not endured a knee injury against the Aztecs in the NCAA Tournament, we can only wonder what impact he would have made against Kansas.

The junior, who was also one of the nation’s leaders in dunks a season ago, has also tried to add some perimeter range to his game in the offseason. If that element comes along, there’s nothing Kalkbrenner won’t be able to do.

As for Kaluma, he’s on NBA Draft radars, and for good reason. The 6-foot-7 forward fits the modern-day game, with great length and versatility to defend multiple positions, and the ability to score in a variety of ways. In the final nine games of his freshman year, Kaluma averaged 13.1 points and 6.3 rebounds. The biggest key for him? Perimeter game. Kaluma will look to improve a 26% mark from distance last season.

Another returning player to be aware of is 6-foot-1 junior guard Shereef Mitchell, who missed all but six games last season with an undisclosed injury. He can be a key cog for the defense and a reserve that McDermott can count on in the backcourt.

Who’s new on the roster?

McDermott knew what he had in his guards and in the frontcourt, but the Jays needed for a high-level wing who could do a bit of everything. They filled that hole with a massive get: Baylor Scheierman.

The reigning Summit League Player of the Year was one of the most efficient players in the country last season for South Dakota State, and after testing the NBA Draft waters, the 6-foot-7 wing has returned to his home state of Nebraska for the final chapter of his college basketball career. Averaging 16.2 points, 7.8 rebounds and 4.5 assists per game for a 30-win NCAA Tournament team last season, his all-around offensive game was special to watch. Scheierman was the only player in college basketball last year to lead his conference in rebounds and assists.

Scheierman fits Creighton’s system well, and for a player of his caliber to join the returning core the Bluejays have is downright scary for opponents. His range knows no limits, having shot a whopping 47% from beyond the arc last season. That will play in Omaha, where the hashtag for Creighton is … #LetItFly.

Beyond Scheierman, another impact transfer to look out for is Francisco Farabello from TCU. The 6-foot-3 senior guard from Argentina led the Horned Frogs in 3-point percentage last season at 38%, going 42% from deep in Big 12 play. He could be an X-factor off the bench — or a spot starter if needed, playing all 34 games for a 21-win NCAA Tournament team last season and starting in six contests.

Last season, Creighton was an afterthought in the Big East, selected eighth and written off before the season even started. It was viewed as a rebuilding year in Omaha, and it ended up being far from that. A year later, the preseason expectations are the exact opposite. The Final Four is the vision, something that’s never happened in Bluejays history.

How will this team adjust to being the hunted? Will it live up to extremely high expectations? While the sophomore class is much more experienced than a typical second-year group, there is still a lot of pressure on these guys.

Also, this is an interesting question: Could we be overvaluing Creighton a bit? I wouldn’t have them at No. 7 if I thought they were, but KenPom.com has the Bluejays at No. 22, while BartTorvik.com has them at No. 23.

The AP Top 25 poll lists CU at No. 9, so there’s obviously a discrepancy in what metrics suggest versus the national opinion. There’s no question that the way Creighton finished last season plays a role in the hype.

The other big question: Just how much will this team improve its 3-point shooting? Last season, Creighton was second-to-last in the Big East in that category at just over 30%. In 2019-20 the Jays were at 39%, and in 2020-21, they sat at over 36%. It was abnormal to not see them perform strongly on the perimeter last season. If their 3-point shooting takes a leap, that, combined with a defense ranked No. 19 in the KenPom adjusted defensive efficiency metric, the Jays are going to be a lethal two-way squad.

Creighton will head to the Maui Invitational, where the Bluejays will meet a gritty Texas Tech team in the tournament opener. The Jays could see a fellow top-10 squad in Arkansas in their second game and could play Arizona or San Diego State if they were to advance to the final.

After the trip to Maui, Creighton’s challenges continue with a road trip to Texas for the Big 12-Big East Battle. The gauntlet continues with the rivalry matchup with Nebraska on Dec. 4 (FS1) before games in Vegas on Dec. 10 against BYU (FS1) and Dec. 12 against Arizona State (FS1).

In terms of Big East highlights, Creighton visits UConn at Gampel Pavilion on Jan. 7 on FOX. The Jays are 5-0 against the Huskies in two seasons of meetings. The marquee home game comes Feb. 4 when the Jays host Villanova in primetime on FOX. The two will meet three weeks later on Feb. 25 at Wells Fargo Center, with that game also airing on FOX.

McDermott has built such a consistent winner in Omaha. Can this be the Creighton team to take the program to new heights and perhaps hoist a Big East championship trophy for the first time and make a run to the Elite Eight or Final Four?

It’s all on the table, and you have to appreciate the fact the Jays are open and confident, relishing the major expectations. The Jays are a team to keep a close eye on in the 2022-23 campaign and could be one of the most fun watches in the sport with their collection of talent.

John Fanta is a national college basketball broadcaster and writer for FOX Sports. He covers the sport in a variety of capacities, from calling games on FS1 to serving as lead host on the BIG EAST Digital Network to providing commentary on The Field of 68 Media Network. Follow him on Twitter @John_Fanta.

Get more from College Basketball Follow your favorites to get information about games, news and more