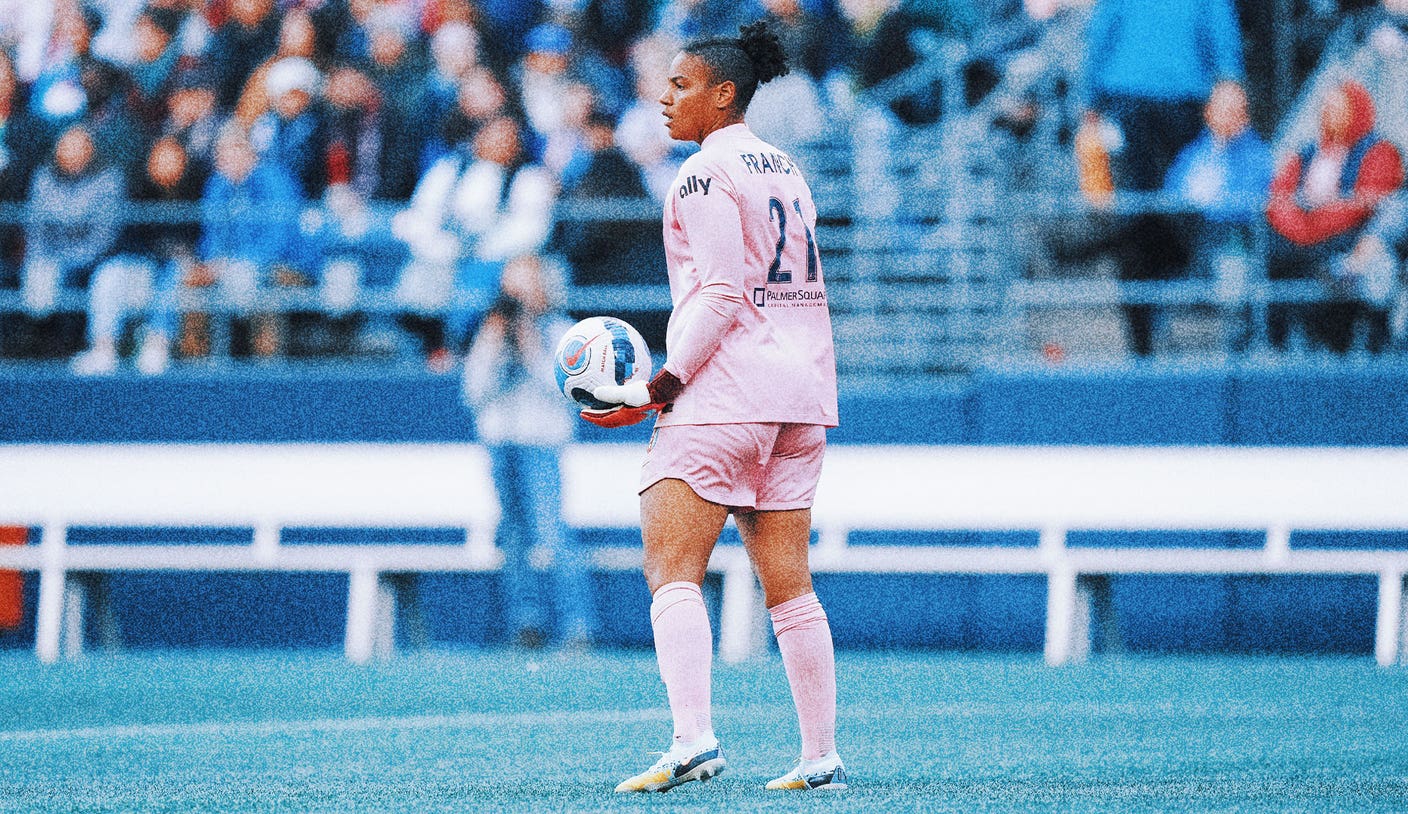 Goalkeeper Adrianna Franch is back on the U.S. women’s national team roster, which serves as a reminder that even if a player doesn’t get called into a training camp for months, she can still make her way back.

Fresh off leading the Kansas City Current to the National Women’s Soccer League championship game — where it lost 2-0 to the Portland Thorns on Saturday — Franch earned her first national team call up since October 2021. Coach Vlatko Andonovski on Monday named a 24-player roster for November friendlies against Germany. The first game is Thursday, Nov. 10 at DRV PNK Stadium in Ft. Lauderdale and the second is Sunday, Nov. 13 at Red Bull Arena in Harrison, N.J.

Franch, who served as Alyssa Naeher’s backup at the 2019 World Cup and 2020 Olympics, had a stellar NWSL season where she made 82 saves, posted six clean sheets and was runner-up for Goalkeeper of the Year.

“It was almost like it was her role to get [Kansas City] through what they were able to achieve,” Andonovski said. “I’m very happy for her. I think she showed once again the quality she has, and she showed this in not just one or two games. It was consistent throughout the season, so it was not hard for us to call her back in.

“And I think this is another opportunity for me to say that form in the league matters. If you’re doing well on a consistent basis, you will be called back in regardless of what your status was in the past. We saw this with Franch, we saw this with Alex Morgan and Mallory Pugh and other players. So it’s the same for everyone.”

After missing October matches against England and Spain, Morgan (knee) and Pugh (family commitment) are back in camp and so is defender Emily Fox, who suffered a concussion against England at Wembley Stadium.

The USWNT has a lot to clean up after disappointing performances against England and Spain in October, and there’s only eight months left until the World Cup in Australia and New Zealand begins. Andonovski can at least start gameplanning with his staff now that they know their group stage opponents. The Americans were recently drawn into Group E and will play Vietnam, the Netherlands and the winner of a playoff (either Portugal, Thailand or Cameroon) in their first three games.

But there aren’t a ton of opportunities left for the team to get together and train between now and then. The matches against Germany are the final two of 2022. Andonovski said Monday that U.S. Soccer is working to schedule nine more games before the World Cup, making each camp extra important for players to prove they should make the roster next summer.

The roster is fluid and a lot can and will change over the next eight months. The USWNT has a lengthy list of players currently out with injuries or working to return from pregnancy who could very well start at the World Cup.

Andonovoski said he expects Tierna Davidson (ACL), Kelley O’Hara (hip), Emily Sonnett (foot) and Lynn Williams (right leg) to be available for January camp and that Catarina Macario (ACL) could be available at the end of February. Macario, who is rehabbing at a special clinic in Qatar, was a Ballon d’Or nominee and will be a crucial part of the USWNT’s attack once she is fully recovered. She recently posted an Instagram video of herself running on a treadmill for the first time since her injury.

“She has been recovering well,” Andonovski said. “Last week she started, for the first time, doing some jumping and AlterG (anti-gravity treadmill) running, which is a great step forward for her, and she’s doing really good.

“It’s hard to predict exactly when she’s gonna be back. Obviously we do have some idea based on how the progress is going. And if she doesn’t have any setbacks, we can see Cat back on the field in late February. But like I said, we never know how this rehab is gonna go. We’re hoping that everything is gonna go well.”

Andonovski later added that Macario could “very likely slot into one of the starting positions if she is anywhere near her best.”

Julie Ertz, who gave birth to a baby boy in August, is another player Andonovski said could contend for a starting spot when in top form, though there is not currently a timetable for her return. Other players who have missed recent camps include Tobin Heath (knee), Christen Press (ACL), Sam Mewis (right leg) and Abby Dahlkemper (back).

Aside from absent personnel, Andonovski acknowledged that his team needed to be “more clinical” against England and Spain, which is something they will work on ahead of these Germany games.

“I felt like we were not clinical enough or precise enough on our final pass,” Andonovski said. “We were able to combine and do well up to the final third and then when we had to get the final pass, whether it was a final pass for a shot or for an assist, was the area we have to be better at.”

Andonovski added that part of the game inevitably suffers when players are in and out with injuries and haven’t had enough time to develop necessary consistency or chemistry with each other.

Something, he hopes, won’t be an issue next summer.

Laken Litman covers college football, college basketball and soccer for FOX Sports. She previously wrote for Sports Illustrated, USA Today and The Indianapolis Star. She is the author of “Strong Like a Woman,” published in spring 2022 to mark the 50th anniversary of Title IX. Follow her on Twitter @LakenLitman.

Get more from United States Follow your favorites to get information about games, news and more