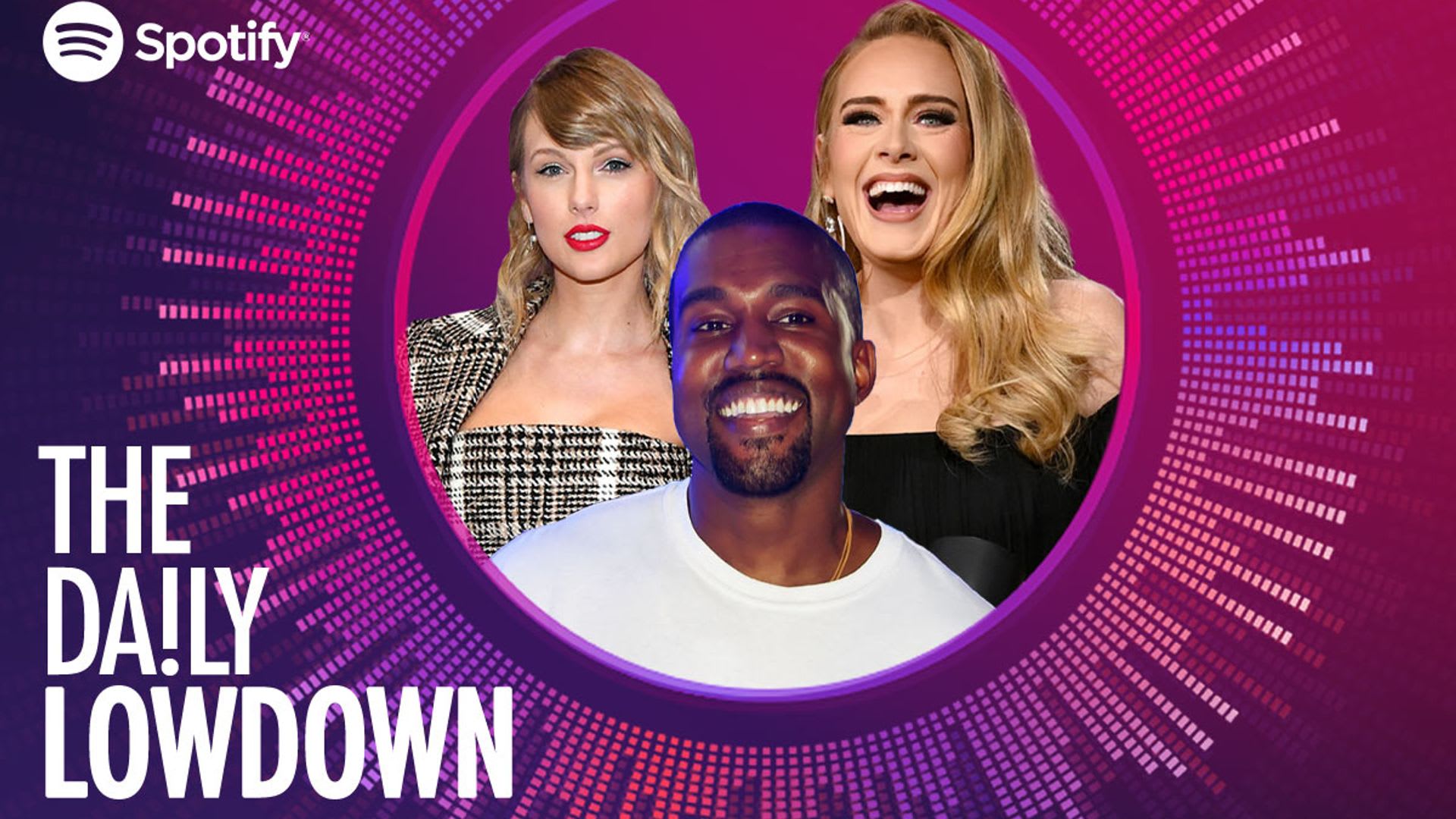 
HELLO!’s Daily Lowdown has all the celebrity and music stories you need…

In today’s episode of The Daily Lowdown from HELLO!, we’re discussing Apple Music’s decision to pull Ye’s music from their curated playlists.

We’re also talking about Taylor Swift paying tribute to a “legend” and Adele’s thoughts on heading to Broadway. Tune into today’s episode of the podcast below…

Apple Music has removed Ye’s ‘Essentials’ playlist from its platform. The rapper’s discography is still available to stream via search, but a curated playlist featuring his ‘top rated’ singles, which was made by Apple, has been quietly removed from the streaming site in response to his anti-Semitic comments. Apple’s move comes soon after Adidas – Ye’s long-running partner – and Balenciaga ended their contracts with him after condemning the ‘hateful’ remarks the artist has made recently. Apple is yet to comment on the move.

Adele has opened up about her prospects of heading to Broadway in order to join the prestigious EGOT club. The singer, who has already gained awards from the Emmy, Grammy and Oscar Academies, just needs to bag herself a Tony Award to become an EGOT member but fans might be disappointed to hear she’s not planning on heading to the stage anytime soon. In a chat with Broadway World, Adele admitted that she’s not a massive Broadway fan and described herself as “too lazy” to take on the work of performing on stage each day. But the star did say ‘Never say never’ so there’s still hope…

Taylor Swift made a surprise appearance on the TV special over the weekend to pay tribute to late Country Music legend Loretta Lynn. Taylor appeared in a pre-taped video for the show titled Coal Miner’s Daughter: A Celebration Of The Life & Music Of Loretta Lynn  as she remembered the singer who passed away earlier this month. The Shake It Off star said she was so grateful for Loretta setting an example, and paving the way for female songwriters everywhere, adding that she exercised brutal and fearless honesty through her music. Meanwhile, Taylor has enjoyed a brilliant first week for her new album Midnights as the record became her 11th no1 and the highest selling album in almost seven years.

Robbie Williams has been announced as a headliner for next year’s Isle of Wight festival. The Angels hitmaker will take to the stage on Sunday 18 June after George Ezra, The Chemical Brothers and Pulp also perform over the course of the weekend. Robbie said in a statement he was thrilled to be closing the festival next year, adding that there was something magic about a British Festival and that it was an honour. The news comes soon after it was announced that his former band mates from Take That will be taking to the stage to headline British Summer Time in Hyde Park which takes place next July.

And professional dancers James and Ola Jordan joined HELLO!’s Strictly Insider this week to talk all things Strictly and the Halloween special, but the pair revealed that one dancer could be in trouble. The pros explained that Will Mellor, who performed a mummy-themed Cha Cha on Saturday night, could have to up his game in order to keep the momentum going as the competition starts to heat up. The Halloween special saw Fleur and Vito and James and Amy take part in the dreaded dance-off and it was James and Amy who had to wave goodbye to the show. You can catch the full chat with James and Ola Jordan over on YouTube.

Like this story? Sign up to our What to Watch newsletter and get the heads-up on the shows and films everyone’s talking about.