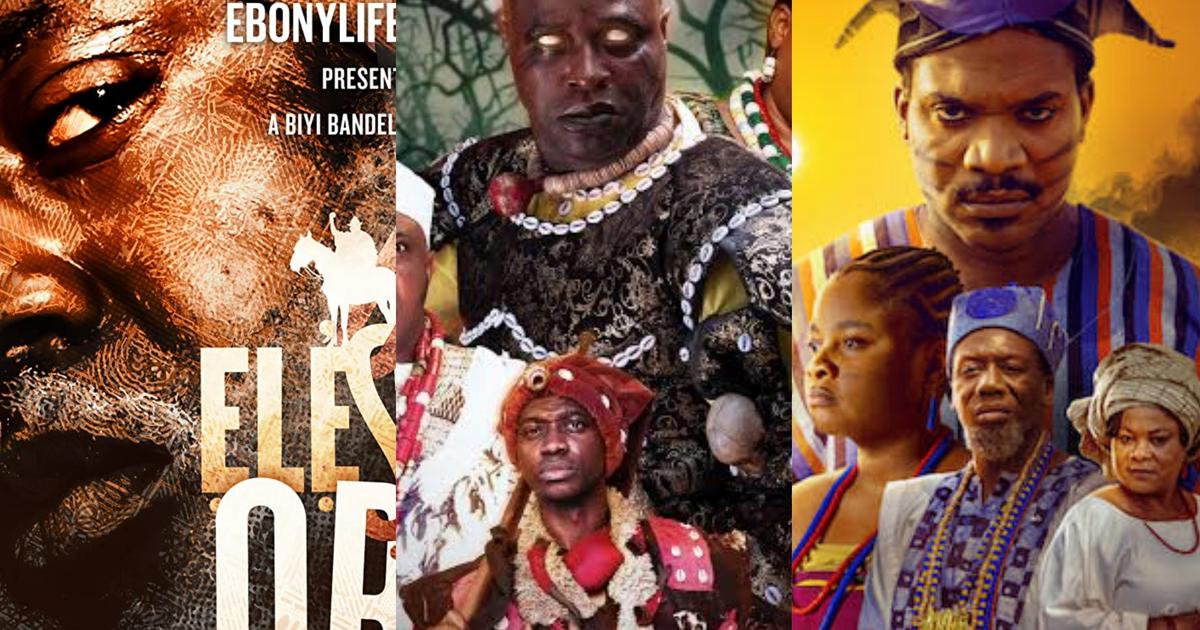 On September 3, 2022, the committee issued a “no film eligibility” decision. According to Chineze Anyaene-Abonyi, head of the NOSC, the committee declared that it had been unable to discover a submission that qualified.


“Although the committee received three epic films following its call for submissions in August, it turned out that none of them will advance to the next stage owing to the voting patterns of members.” She said


Agesinkole had already screened in Nigerian theatres before the announcement, where it received a lot of favorable reviews. As a result, the movie is anticipated to be among the highest-grossing Nigerian releases in 2022.


Anikulapo premiered shortly after and within a few days of the NOSC’s announcement, to mixed reviews from the general public and film scholars. I remember one review in particular. The author, Professor Bukola Oyeniyi, called the movie “A Headless Cockerel” in this instance.


Elesin Oba: The King’s Horseman was the most recent release. The majority of individuals didn’t like the movie, even if a few people commended it for its poetic appeal. In my review of the movie, I highlighted why the film is a failure, at least to the “uneducated” masses, as Mo Abudu positions it.


With the three films being Yoruba, historical, and based on historical reference materials, and Ageshinkole happening to be the most well-received film of the trio, the question on everyone’s lips is: why?


Following my study of the three films, here are the reasons:


1. Story: Agesinkole’s story seems more simple, is well-executed, and doesn’t create many concerns that the movie is meant to address, in contrast to the other two movies, which may be deemed to have empty stories with inadequate growth. Agesinkole stands out when compared to the other two movies because, unlike Anikulapo or Elesin Oba, it tells a brief story without raising too many issues. To comprehend how the story works, you don’t need to be familiar with the dynamics of the Ifa corpus or the 4th Stage theory. Personally, I believe these arguments are vain attempts to deflect attention from the production’s shortcomings.


2. Cast Performances: The main complaints about Elesin Oba is how theatrical it feels. I claim that this is not a major problem because I felt the same way while seeing Agesinkole. In fact, I wanted to title my review Agesinkole: An Ode to Theatre Folks. Perhaps one felt more theatrical than the other, but both did, and Agesinkole actors gave outstanding performances. Being seasoned actors, the cast of Anikulapo likewise does a magnificent job, but unlike Agesinkole, it is not enough to shield the movie from the scathing reviews that followed it.


3. Film genre and screening medium: Fast-paced movies and thrillers inherently appeal to the majority of moviegoers. This kind of movie typically offers a satisfying experience when it is viewed in a screening venue like a movie theatre. Agesinkole is a case in point. Due to their genre, the other two movies had a very slow pace, which might have been detrimental to them. Elesin Oba and Anikulapo also spent a little time at the cinema, because Netflix provided the most of their viewing time. A slow paced movie + Netflix + a badly told story is a recipe for disaster.


4. The Music and Sound Score: It’s enjoyable to listen to the folk music layered over a rock and roll instrumental in Agesinkole. An Igbo acquaintance of mine once told me that she preferred the film’s music rather than the actual movie. I’ve attended an event where the Ogboju Olosa theme song for Agesinkole was played for entertainment. Agesinkole has more engrossing music and a better sound score, despite the fact that the other two might have even better produced music and possibly even more praise from music literates.


5. Source material: Agesinkole and Anikulapo are from the sacred Ifa corpus, while Elesin Oba is from a critically acclaimed text by Wole Soyinka. Agesinkole tried to differentiate between the source material and the story to be told, while the others believed (or at least positioned themselves that way) that you have to have a thorough understanding of what the source material is about before enjoying the film. Elesin Oba was produced after extensive consultation. I believe many of them included Soyinka, which might have added to the film’s turnout. Soyinka is a revered name in the literary world, having him on the editing table may not be best for the film.


The three movies are proof of Nollywood’s significant advancement. That three of our films may now be deemed eligible for the Oscars due to their outstanding production value and quality is a big plus for the industry. Perhaps, these movies might be the innovative strides we’ll require in the future.


Pulse Editor’s Opinion is the viewpoint of an Editor at Pulse. It does not represent the opinion of the organisation, Pulse.