Which European leaders are attending COP27? The influential politicians heading to Egypt 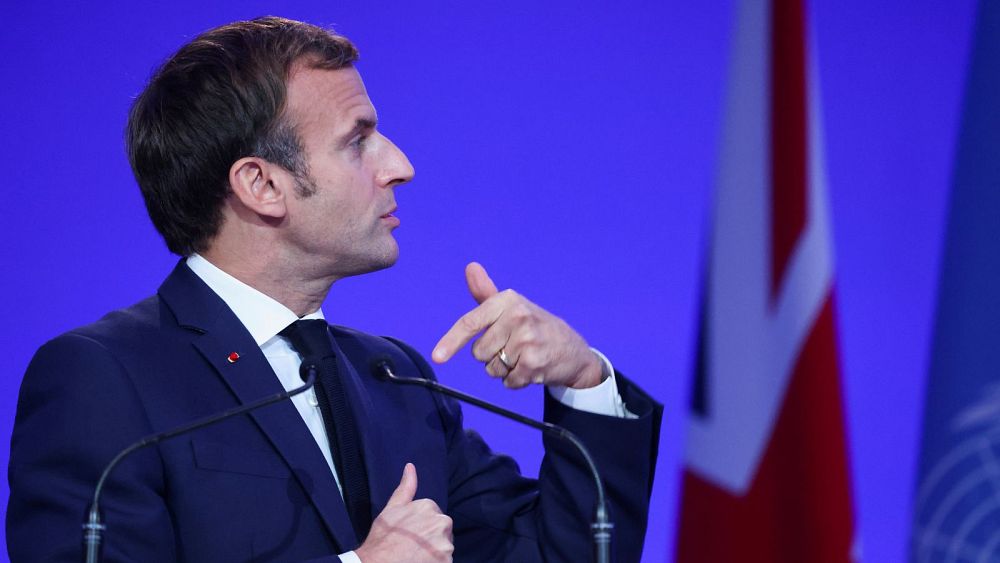 A big event is all about the guest list. While the ‘who’s in, who’s out’ speculation around COP27 can feel like a distraction from its all-important mission, there’s good reason why we’re so invested in our leaders going.

UK prime minister Rishi Sunak misread the national mood when announcing he would be skipping the UN climate conference to focus on domestic issues last week. The new PM now appears to be manoeuvring into a u-turn.

Simply put, the summit is not just a chance to ramp up commitments on climate change – the biggest issue of our times. It’s also diplomacy on a grand scale, giving leaders the opportunity to address the geopolitical challenges that are holding back climate action and progress in various other areas.

Around 90 heads of state have confirmed their attendance at Sharm el-Sheikh next week, according to the latest statement from Egyptian authorities. But leaders and representatives of more than 190 countries – all parties to the United Nations Framework Convention on Climate Change (UNFCCC) – are expected in total.

Some are later to RSVP than others, or at least to go public with their intentions and travel plans. Here’s what European leaders have said so far.

Which European leaders are going to COP27?

The G20 countries are responsible for around 80 per cent of global greenhouse gas emissions, so it’s crucial that they’re accountable at COP summits.

Among the European contingent, French President Emmanuel Macron is a definite attendee of COP27.

World leaders typically appear at the start and end of the conference, leaving the detailed talks with the UN and other countries to their negotiators.

Macron will be playing an important role at the World Leaders Summit from 7 to 8 November, however. Alongside President of Senegal Macky Sall, and Dutch PM Mark Rutte, the French President will be convening an event on accelerating adaptation in Africa – a key narrative at this COP.

Türkiye, another G20 country, but one that has long wrestled with its responsibility under the Paris Agreement, is likely to be represented by President Erdoğan. He dropped out of COP26 shortly before it started due to a dispute over security in Glasgow.

As for the UK’s Rishi Sunak, a spokesman says that his decision not to attend the summit is being kept under review and will depend on progress being made on his budget statement due on 17 November, the penultimate day of COP.

Opposition leaders (and some MPs within his own party) slammed the decision as a failure of leadership.

“The first test of leadership is to turn up,” said Green MP Caroline Lucas.

“The new PM’s decision not to attend COP27 makes a mockery of any Government claims on continued climate leadership – and what a shameful way to end the UK’s COP presidency.”

First Minister of Scotland Nicola Sturgeon will definitely be going, building on Scotland’s leadership on critical issues such as loss and damage.

Spanish Prime Minister Pedro Sánchez will also be at the venue, launching an initiative with Nigeria on territorial resilience to drought at COP27. And European Commission president Ursula von der Leyen is sure to take a leading role.

Which world leaders will be at COP27?

US President Biden has confirmed his attendance at COP27, showing that domestic matters – in his case, the US midterms – don’t have to get in the way of showing climate leadership.

Chinese President Jinping is not expected to attend, following a no-show at COP26 last year. While China is now the largest emitter of CO2, the UK’s cumulative emissions are 5.5 times higher than China’s and 20 times higher than India’s, so it doesn’t bear the same historic responsibility for curbing climate change.

So early into his victory over Bolsonaro, Brazil’s Lula is reportedly sending reps to Egypt. A congresswoman-elect told Reuters that the Amazon defender would “definitely send broad representation” even if it was not an official delegation ahead of his inauguration on new year’s day.

Who else will be at the UN climate conference?

It’s not just state leaders that will be putting in an appearance at COP27. The world has many more leaders on climate – as well as those who command a headline.

Britain’s King Charles III is not going to the summit, Downing Street confirmed last week. Some commentators had expected a softening of the government’s position since former PM Truss asked the monarch not to attend the talks. But it’s been agreed that it’s not the “right occasion” for the king to appear in a political arena, despite his green credentials.

There’s still likely to be royals on the ground, however. Princess Beatrice put in an appearance at COP26, where she teamed up with singer and environmental advocate Ellie Goulding.

Leonardo DiCaprio turned plenty of heads in Glasgow and could do so again in Sharm el-Sheikh.

One very notable absence will be Greta Thunberg. “I’m not going to COP27 for many reasons, but the space for civil society this year is extremely limited,” the Swedish youth activist said on Sunday.

“The COPs are mainly used as an opportunity for leaders and people in power to get attention, using many different kinds of greenwashing.”