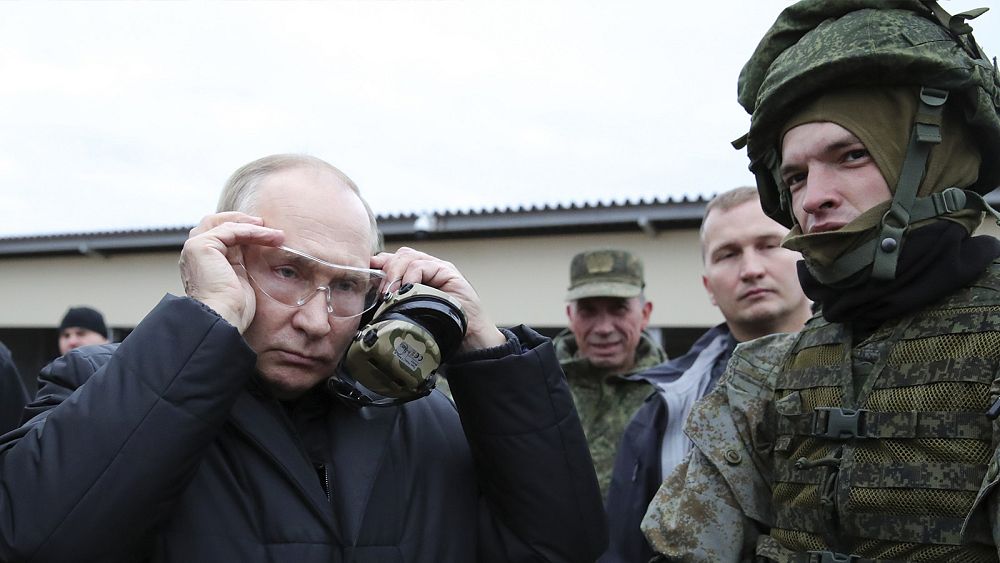 Russian President Vladimir Putin on Thursday inspected a training ground for mobilised troops, the latest in the Kremlin’s attempts to dispel numerous accounts claiming reservists are being sent to the frontline of the Ukraine war without adequate equipment and training.

Putin also fired rounds from an SVD sniper rifle in footage apparently intended to show his personal backing for soldiers heading to fight in Ukraine.

In the footage, Putin was seen firing several shots from the rifle while lying prone, then dusting down his overcoat, slapping a soldier on the shoulder and wishing him good luck.

An officer displayed winter boots, clothes, cooking utensils and other supplies — all to counter images Russians have posted on social media of shabby or non-existent gear for newly mobilised troops.

The Russian leader was accompanied on the trip to Ryazan, southeast of Moscow, by Defence Minister Sergei Shoigu, who reported to him on how the men were being trained, the Kremlin said.

The visit came a day after Putin raised Russia’s war footing and declared martial law in four occupied regions of Ukraine that he moved to annex last month in a step condemned as illegal by Ukraine, its allies and the United Nations General Assembly.

Putin’s display of marksmanship is also the latest attempt at strengthening his desire to be viewed as a strong leader.

It comes just one day after domestic outlets in Italy quoted conservative mainstay Silvio Berlusconi describing a hunting trip in which Putin allegedly gifted him with a heart he carved out of a deer he had previously shot.

Faced with a series of defeats in the war, Putin last month declared a “partial mobilisation” to call up hundreds of thousands of extra troops.

It has proceeded chaotically, with frequent cases of call-up papers going out to the wrong men, and even Putin has been forced to acknowledge mistakes.

Hundreds of thousands of Russians have fled abroad to escape being drafted.

Putin said last Friday the mobilisation would be over within two weeks.

On Thursday, he ordered all of Russia’s regions to do more to support army needs and stressed that all mobilised men needed to be sent to the front with proper equipment.