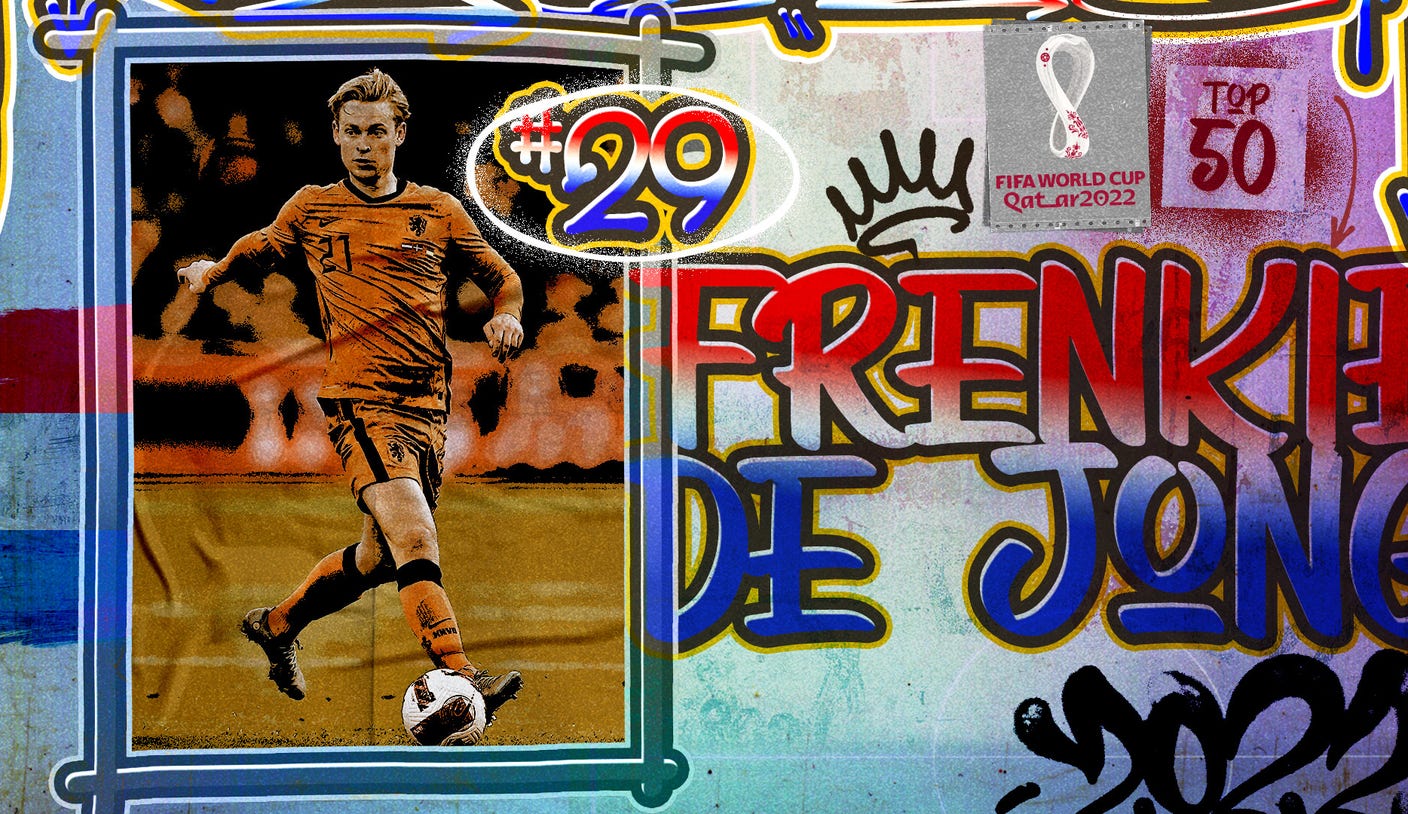 FOX Sports soccer analyst and former USMNT midfielder Stu Holden is counting down the 50 best players participating in the 2022 FIFA World Cup in Qatar. Up next is …

After a rocky start to the 2021-22 campaign with Barcelona that nearly led his transfer away from the club, Frenkie de Jong is playing some of the best soccer of his career and will be the focal point of the Netherlands’ midfield at the World Cup.

“He gets around the field — front to back — and is a real linker for this team.”

De Jong has played more in the defensive midfield for Barcelona as of late, but expect him to be more involved in the attack for the Netherlands.

De Jong will lead the Dutch

Netherlands’ Frenkie de Jong is known for his movement, passing and technical ability.