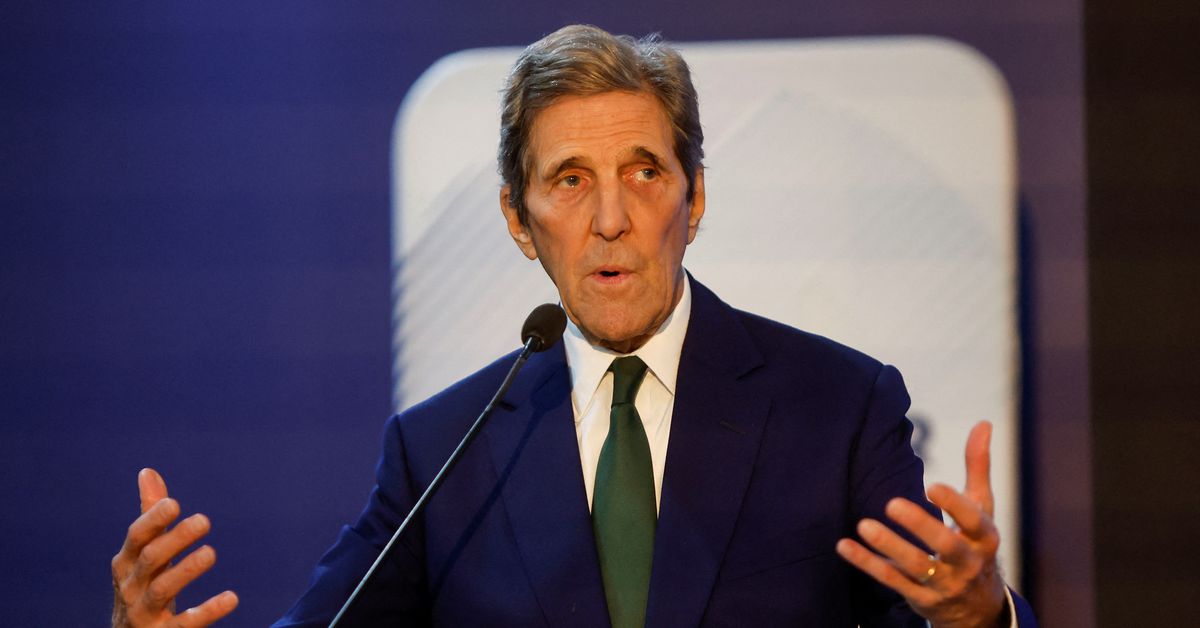 SHARM EL-SHEIKH, Egypt, Nov 12 (Reuters) – A few countries have resisted mentioning a global goal of limiting warming to 1.5 degrees Celsius in the official text of the COP27 summit in Egypt, U.S. Special Climate Envoy John Kerry said at the conference on Saturday.

“You’re absolutely correct. There are very few countries, but a few, that have raised the issue of not mentioning this word or that word,” Kerry said when asked about opposition by some governments to mentioning the 1.5C target.

“But the fact is that, in Glasgow that was adopted, the language is there. And I know … Egypt doesn’t intend to be the country that hosts a retreat from what was achieved in Glasgow,” Kerry said, referring to last year’s COP summit in Scotland.

World governments agreed in 2015 during a U.N. summit in France to try to limit the average global temperature increase to 1.5C, a deal dubbed the Paris Agreement that was seen as a breakthrough in international climate ambition.

Greenhouse gas emissions have been rising ever since, however, and scientists say the world risks missing the target without swift and deep cuts. Breaching the 1.5C threshold risks unleashing the worst consequences of global warming.

Already, the world has warmed more than 1.1C from the preindustrial average temperature – fueling extreme weather that is already delivering steep economic losses.

Many developing countries have demanded the establishment of a “loss and damage” fund that could disperse cash to countries struggling to recover from disasters.

Kerry said the United States would not support establishing such a fund, and instead believed existing platforms should be used.

“It’s a well known fact that the United States and many other countries will not establish … some sort of legal structure that is tied to compensation or liability. That’s just not happening,” he said.

“We will find a way, I am confident, to be able to have financial arrangements that reflect the reality of how we are all going to deal with the climate crisis.”