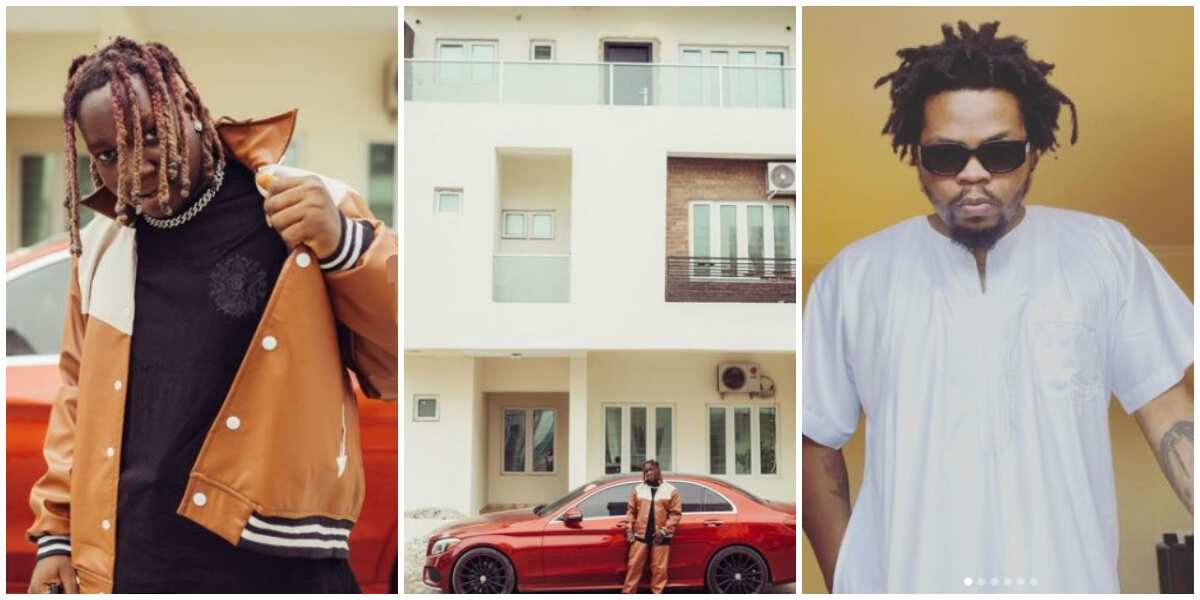 TI Blaze whose real Name is Akintunde Abiodun Timileyin, has cause to celebrate as he recently became the proud owner of a new home and a car.

The popular Nigerian singer took to his Instagram page to share photos of his grand home as well as the sleek red car.

The proud home owner, in his caption, expressed an immense love for top rapper, Olamide whom he had featured on his hit song, Sometimes – a song which shot him into the limelight. “It takes a grateful and wise man to give accolades to who deserves it, Olamide is a blessing to many guys, Congratulations T.I Blaze.”

“Congratulations to him , and I love how he thanked who helped him.” Popular Nigerian singer, Tiwa Savage, has reverted to her days of wearing short hair as she recently unveiled a gorgeous and sleek pixie cut.

Recall the singer had a penchant for short hairstyles – which she rocked effortlessly, and after years of slaying in wigs and long braids, the Somebody Son crooner is back to keeping it short.

Celebrity fashion designer, Veekee James posted photos and videos of the singer in one of her gorgeous corset designs. The look featured a sheer neckline with a ‘flying’ sleeve, an exposed corset bodice and a dramatic opening in the front.