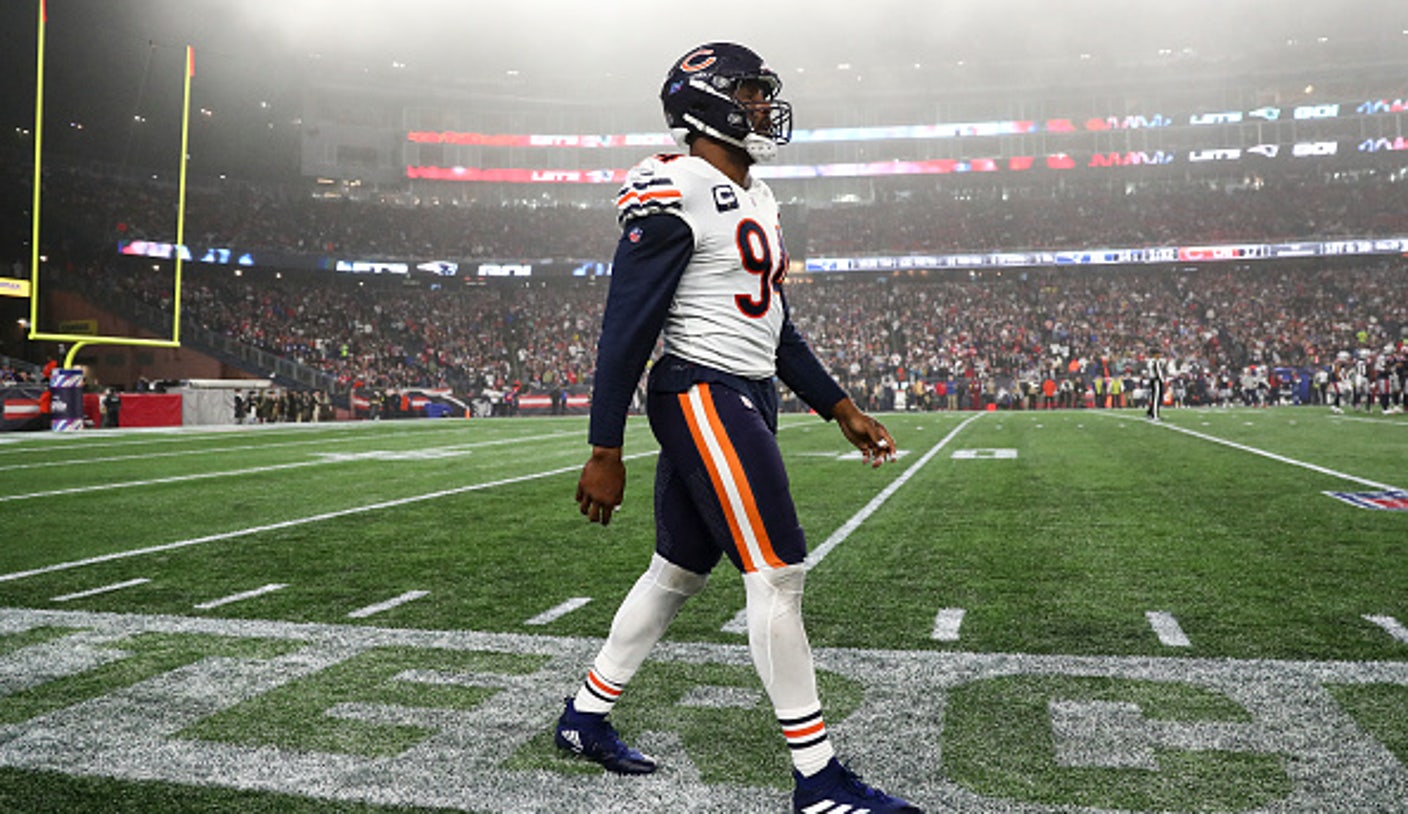 Just in case it wasn’t clear from his aggressive offseason, Howie Roseman can smell a Super Bowl championship for his Philadelphia Eagles.

And he’s going for it, no matter what.

He proved that again on Wednesday, kicking off the week before the NFL trading deadline with another big deal. He sent a fourth-round pick in next year’s draft to the Chicago Bears for defensive end Robert Quinn — an expensive and struggling edge rusher, who nonetheless could be a huge boost to one of the best defenses in the league.

Even better, an NFL source confirmed, the Bears will be picking up most of the $7.5 million salary remaining to Quinn this season. So other than the Day 3 draft pick, it’s a deal that won’t cost Philly much money or cap space. And the remaining two years on Quinn’s contract aren’t guaranteed, so the risk is basically nothing at all.

What it is, is the kind of moves good GMs make when they sense they have something special building. This isn’t a move the undefeated Eagles needed to make, which is really what makes it so beautiful. Roseman has what is generally viewed as the best team in the NFL. They have the fifth-ranked offense and fourth-ranked defense, and players littered all over the league leaders in nearly every spot.

Are Eagles on Bills and Chiefs level? | SPEAK

LeSean McCoy explains that the Philadelphia Eagles are on the same level of play as the Kansas City Chiefs and the Buffalo Bills.

But clearly, Roseman spent the bye week figuring out his team’s weakness. And though he had to look hard to find one, their pass rush was probably it. The Eagles were a little thin in their edge-rushing rotation after losing Derek Barnett to a torn ACL in the season opener. And while they have 17 sacks on the season, which ranked 10th in the NFL, nine of those came in one game against the Washington Commanders and four more came against the Jacksonville Jaguars. The other four came spread across four games when the pass rush was mostly silent.

And Roseman surely noticed that in their last game, the Eagles didn’t sack Cowboys quarterback Cooper Rush once.

That just won’t do for a team with championship dreams, and a disturbing knack for nearly blowing big second-half leads. Maybe it’s nitpicking. It probably is. But again that’s what good GMs do.

And don’t forget, this is actually the second big move Roseman has made to upgrade an Eagles pass rush that was clearly a weakness for them last season. One of his biggest free-agent additions in the offseason was edge-rusher Haason Reddick, who got a three-year, $45 million deal with $30 million guaranteed in the hopes he could duplicate the 11 sacks he had last season. So far, he’s been good with 4.5 sacks, three forced fumbles and, according to Pro Football Focus, 14 quarterback hurries.

But Quinn will give them more. He’ll join Reddick and Brandon Graham (3 sacks) and Josh Sweat (2.5) off the edge, to form what could be a dominant pass rushing rotation. And don’t forget, they all bracket Fletcher Cox (3 sacks), Javon Hargrave (1) and first-round pick Jordan Davis in the middle. This is Roseman’s dream. He wanted to build a team from the trenches, that can wear opponents down on both sides. He already has. And this just makes them a little deeper and, he hopes, better.

According to Fox Bet Sportsbook, the Eagles are currently favored in every game the rest of the year and are 20-1 to go undefeated this regular season. Skip Bayless and Shannon Sharpe forecast the Eagles future.

Now Quinn, by any measure, is not having a good season. He’s got only 14 pressures, according to PFF, and is ranked near the bottom of the edge-rushing group in almost every metric they use.

But he was much better a year ago when he had those 18.5 sacks, and it sure is worth a fourth-round pick to find out if there’s any of that still left in him. Pass rushers are pretty hard to find. The Carolina Panthers reportedly wanted two first-round picks for Brian Burns — though it’s not even clear they were actually willing to trade him. Some NFL sources doubted any other pass rushers were really available.

Quinn might turn out to be the best on the market. So Roseman took a shot, which is what he always does. It’s what he did when he got safety C.J. Gardner-Johnson two weeks before the season started for a fifth- and sixth-round pick to beef up their secondary. It’s what he did when he got receiver A.J. Brown during the draft for a first- and third-round pick and then gave him a $100 million contract to quarterback Jalen Hurts could have a dynamic weapon.

Roseman has built a team with the NFL’s best offensive line, its best secondary, one of the best rushing attacks and an MVP-caliber quarterback with a deep array of weapons. There aren’t many weaknesses left that anyone can see.

But the GM is determined to make sure he’s missed nothing. As Hurts said, when he learned of the deal on Wednesday afternoon: “Same old, same old. I think the weather changes, but we don’t in regards to our goals and what we want to accomplish.”

The goal is winning a championship, and Roseman knows he’s got a Super Bowl-caliber team in Philadelphia. Once again, he showed he’ll do whatever it takes to make sure they get there.