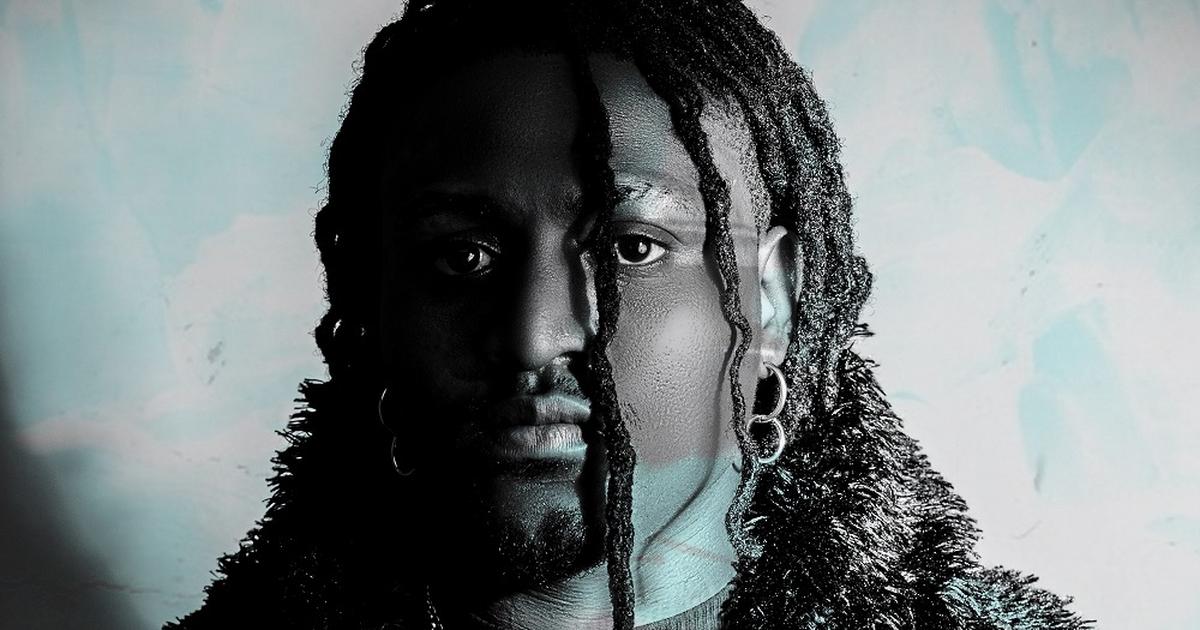 ‘Chico Amante’ is Spanish that translates into Lover Boy and it’s this softer and openly lascivious version of himself that Idowest wishes to showcase on his album.

To achieve this, he taps into existing sonic peculiarities that endeared him to listeners while exploring Pop and Amapiano soundscapes in an attempt to deliver listener-friendly sound.

The milder sonic approach to this project can be quickly spotted in the opening track where Idowest sings in what is a dedication to a lover. In the Pop composition blends employs some vulgarity as he switches to Yoruba and while his vocals don’t have the smoothness of a singer, it does have the originality and thrilling coarseness of a rapper similar to Lil Wayne or Future singing.

Vulgarity is a thread that runs through most street music in Nigeria and Idowest doesn’t shy away from employing as many sexual references as he fancies. In the Amapiano tune ‘Mafia Riddim’ he makes multiple blatant sexual references through a street conversational delivery style that was made famous by himself and Slimcase during the height of Shaku Shaku sound.

In ‘Osapa’ he uses heavy log drums that punctuate the beat and floats above his vocals as he announces that he has defeated “Sapa” which is poverty in Nigerian Urban dictionary. Similarly, in ‘Wena’, he uses scanty lyrics and baritone backup vocals that glean from South African sonics to deliver another Amapiano tune where he once again offers his “Banana” to his love interest who is apparently finer than Rihanna.

The three runs of Amapiano tracks are lodged between ‘Vibe’ and ‘Kila’. The former is an Afrobeat-inspired feel-good Pop single that features Perruzzi who delivers a smooth chorus that uses Afrobeat sonics, horns, and percussions. The latter street-pop ‘Kila’ feat. L.A.X who curiously sounded like Wizkid laid a smooth melody that allowed Idowest to easily deliver a solid verse. The recurring subject of his playboy lifestyle continued as Idowest talks about being a playboy from the street and how the money and fame haven’t changed that.

‘Pami’ might be the best track on the project as it’s by far a personal favorite. The silky smooth transition from ‘Kila’ to ‘Pami’ can’t be missed by an attentive listener. Idowest displayed impressive talent as he sings on an R&B single where he wears his heart on his sleeve and makes promises of love that is free of vulgarity yet suggestive with lines like “You know nobody holy” and “Give it to me lowkey”. Idowest lays a smooth melody and displayed an impressive progression on a single that is an entirely different side of his artistry.

The album closes with ‘Jah’ remix, a prayer tune that combines street-pop with the sonics of white garment Christian denominations. The single displayed his touch with the different aspects of street music.

Street acts like Oritsefemi, Q Dot, Bella Shmurda, and Seyi Vibez which he featured on the track are influenced to a significant extent by the music of white garment churches. This enduring touch is displayed on Jah as Idowest embraces this street cadence through his delivery, and lyrics, as well as an homage to the Fuji legend King Wasiu Ayinde Marshall.

On the last track on the tape, Idowest provides a resounding reminder that while he may have a lover boy side, he is still street true and true.

Overall, ‘Chico Amante’ is a project that gleans from street-tested sounds to make for an enjoyable project.

The production was able to explore different angles of Amapiano over three tracks. It was also able to deliver Pop, R&B, and Afrobeat sounds that had significant sonic leanings to street music.

Idowest’s writing carries street identity and relatability as he uses slang, street conversational delivery template, as well as a vulgarity to communicate his lover boy side.

The album sequence is impressive as the three successive Amapiano songs are lodged in between two Pop singles. The penultimate single slows down the pace without boring out listeners before a fast-paced street jam closes off the album. The 22 mins length of the album also allows for an easy and enjoyable listen that increases replay value.

The production and sound engineering are track appropriate with the three Amapiano tracks notably ‘Wena’ standing out.

As a whole, ‘Chico Amante’ achieves the easy listen and provides the gratification that drives mainstream appeal.