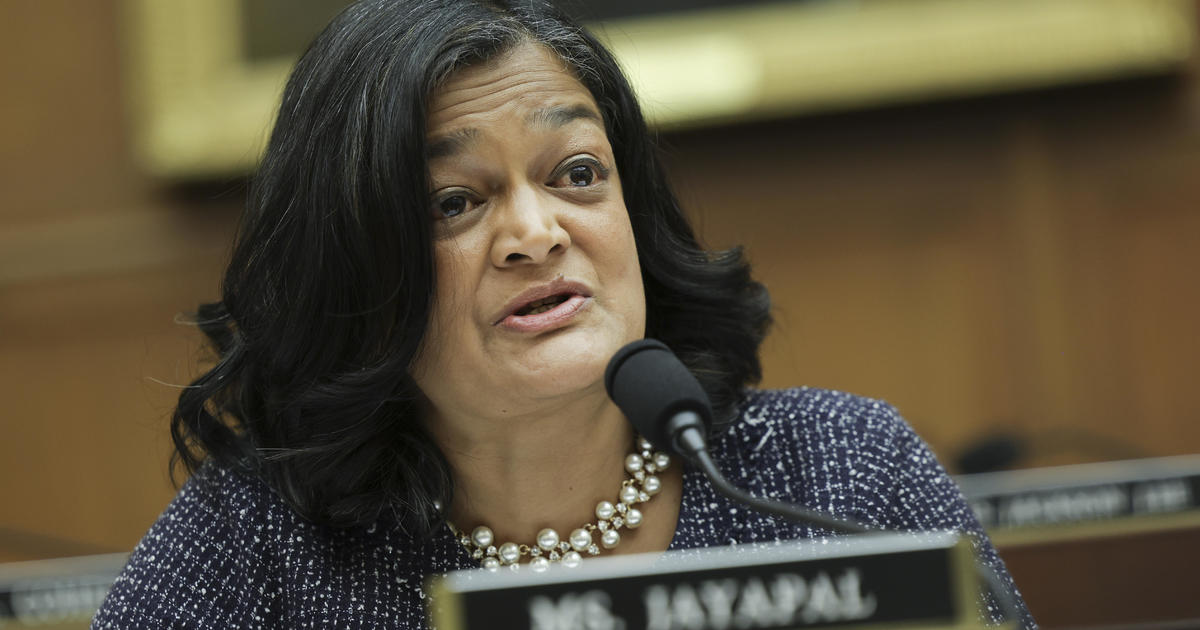 A group of progressive Democrats in Congress said Tuesday it had retracted a letter to the White House urging President Joe Biden to engage in direct diplomatic talks with Russia after it triggered an uproar among Democrats and raised questions about the strength of the party’s support for Ukraine.

In a statement, Rep. Pramila Jayapal, the chair of the Progressive Caucus, said the caucus was withdrawing the letter it jhad sent less than 24 hours earlier. It was signed by 30 members of the party’s liberal flank.

“The letter was drafted several months ago, but unfortunately was released by staff without vetting,” the Washington Democrat wrote in a statement. As chair of the caucus, Jayapal said she took responsibility for this.

The unusual retraction capped a tense 24-hour period for Democrats. Many reacted angrily to the appearance of flagging support for the president’s Ukraine strategy, coming just weeks before a midterm election where their majorities in Congress are at risk.

The back-and-forth spotlighted the fragile nature of Biden’s relationship with the progressive wing of his party, raising stark questions about their ability to work together not only on Ukraine funding — which seems secure, for now — but on more pressing issues that are top priorities for liberals.

The letter had called for Biden to pair the unprecedented economic and military support for Ukraine with a “proactive diplomatic push, redoubling efforts to seek a realistic framework for a cease fire.”

“The alternative to diplomacy is protracted war, with both its attendant certainties and catastrophic and unknowable risks,” the letter read.

Jayapal said the letter was unfairly conflated with recent comments from Minority Leader Kevin McCarthy, R-Calif., who warned that Republicans will not write a “blank check” for Ukraine if they win back the House majority in November.

“The proximity of these statements created the unfortunate appearance that Democrats, who have strongly and unanimously supported and voted for every package of military, strategic, and economic assistance to the Ukrainian people, are somehow aligned with Republicans who seek to pull the plug on American support” for Ukraine, Jayapal said.

Yet Jayapal did not disavow the substance of the letter or the push for Biden to engage in diplomacy. Members of the caucus have been calling for a diplomatic solution since Russian President Vladimir Putin’s forces invaded Ukraine on Feb. 24.

The text of the letter had been circulating since at least June, but only a handful of lawmakers signed on at the time, according to two Democrats familiar with the matter who were granted anonymity to discuss internal party deliberations.

Some Democrats who signed the letter months ago said they no longer support it.

“I signed this letter on June 30, but a lot has changed since then,” Democratic Rep. Sara Jacobs of New York said on Twitter. “I wouldn’t sign it today.”

“We have to continue supporting Ukraine economically and militarily to give them the leverage they need to end this war,” she said.

Despite the retraction and messy behind-the-scenes process, some Democratic lawmakers said they still backed the sentiments behind the letter, arguing that it is the prerogative of Congress to debate the issue as it continues to approve billions of dollars in aid to Ukraine.

“I have voted for arms to Ukraine and will continue to support providing arms to Ukraine to stand up against Putin’s brutal aggression,” Rep. Ro Khanna, Democrat of California, said in an interview Tuesday.

“At the same time, it’s my obligation to make sure we are mitigating the risk of nuclear war, that we are making sure that the conflict doesn’t escalate and that we are working toward a negotiated settlement that will be a just peace. That is the framework of the letter.”

John Kirby, the spokesman for the National Security Council, said Monday that the White House had received the letter and appreciates the progressives’ “very thoughtful concerns” about the conflict in Ukraine.

“They express support in that letter for the president’s approach and we welcome that as well,” Kirby said.

The backlash against the progressives who signed the letter — including some of the most outspoken voices of the caucus like Reps. Alexandria Ocasio-Cortez and Ilhan Omar — came most pointedly at Jayapal, who is the face of the liberal faction. It was the latest setback for the congresswoman, who has worked for the better half of the past year to help Biden and the Democrats deliver on some of the party’s core legislative promises, often at a cost to some of her caucus’s more liberal priorities.

Most notably, last fall, Jayapal helped lead the bipartisan infrastructure package over the finish line after party divisions threatened its passage in the House. The recent mishap also casts doubt on her whispered ambitions to join Democratic leadership.

Since the war began, Congress has approved tens of billions in emergency security and humanitarian assistance for Ukraine, while the Biden administration has shipped billions worth of weapons and equipment from military inventories.

Last month, lawmakers approved about $12.3 billion in Ukraine-related aid as part of a bill that finances the federal government through Dec. 16. The money included aid for the Ukrainian military as well as money to help the country’s government provide basic services to its citizens.

That comes on top of more than $50 billion provided in two previous bills.

Financial support for Ukraine garnered strong bipartisan support in the Senate and the House after Russia’s invasion, but conservative opposition was present from the start. Republicans accounted for the only votes against a $40 billion aid package in the spring.

Recent comments from McCarthy have more clearly reflected the GOP’s growing skepticism about the cost of financial support for Kyiv.

In private, GOP lawmakers who support aid to Ukraine say there could be an opportunity to pass one more tranche of assistance in an end-of-year spending package, before Republicans potentially take control in the next Congress.