Pope to travel to Asti to celebrate cousin’s 90th birthday 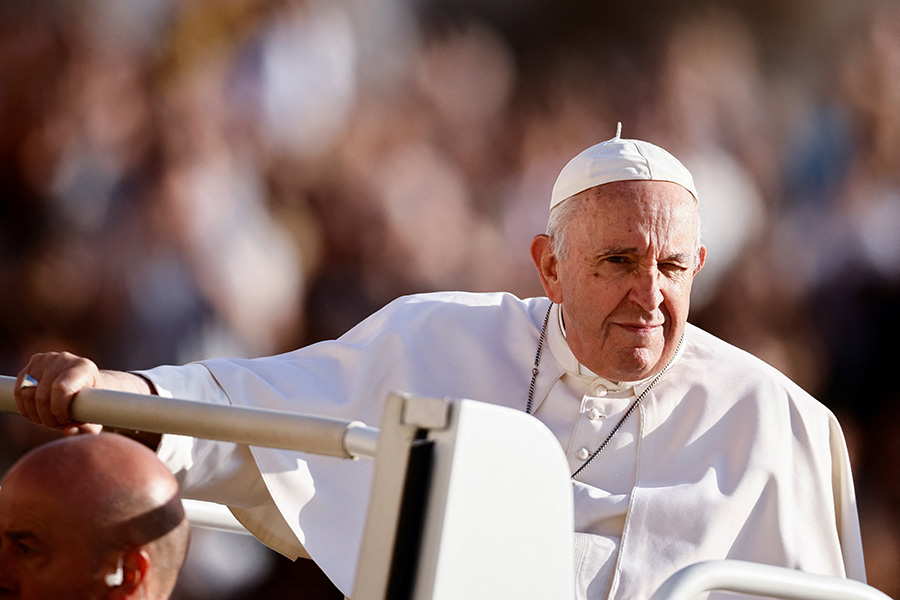 VATICAN CITY (CNS) — Pope Francis will travel to Asti Nov. 19 for a private family celebration of his cousin’s 90th birthday, and he will celebrate a public Mass the next morning in the Asti cathedral, the Vatican said.

The Mass Nov. 20 will be an encounter with “the diocesan community that his relatives left to immigrate to Argentina,” said Matteo Bruni, director of the Vatican press office.

Neither the Vatican nor the Diocese of Asti named the pope’s cousin, although they said “cugina,” indicating a female cousin.

Pope Francis’ father, Mario, was born in Turin, but grew up in Asti in Italy’s Piedmont region. The pope’s mother, Regina, was born in Buenos Aires; her family came from the Piedmont and from the area around Genoa.

The Diocese of Asti said it had been waiting almost 10 years for the visit of Pope Francis, who visited frequently as an archbishop and cardinal. In fact, the diocesan statement said, “For the people of Asti, the sense of closeness and belonging was very strong.”

“Invitations had followed one another over time,” the statement said. And the diocese and regional government even formed a committee in May 2013 to plan his visit.

The committee went so far as to send him a bottle of the region’s famed Grignolino red wine with a label that read, “Ast t’aspeta a bras duert,” the local dialect for “Asti awaits you with open arms.”

While he did not visit Asti, Pope Francis had a private visit with many of the same relatives in June 2015 during a visit to Turin. He also had a brief meeting in May 2017 in Genoa with cousins from his mother’s side of the family.