Photos Of The Hosts – Hollywood Life 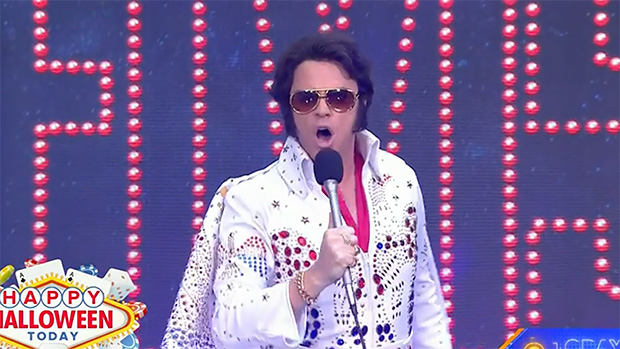 With Halloween falling on a Monday in 2022, the Today Show definitely kicked off the week in style! The hosts of the morning talk show came dressed to impress in their 2022 Halloween costumes. This year, the hosts dressed in costumes inspired by Las Vegas. As always, the hosts came out one-by-one to show off their costumes, which all fit the 2022 theme. Carson Daly was up first, channeling a Las Vegas tour guide, pretending to ride in a double decker bus. He then took us down the strip to show off the rest of the host’s costumes, including Sheinelle Jones as a Vegas Showgirl, and Willie Geist  as Elvis Presleyb.

The tour bus then showed us Craig Melvin, who was dressed as Muhammad Ali to represent the iconic boxing matches that have taken place in Vegas over the years. We also got Al Roker dressed as Sammy Davis Jr., an iconic Vegas performer, singing his song “The Candyman.” Of course, Vegas is also known for weddings, including Ben Affleck and Jennifer Lopez‘s earlier this year, so of course, there was a Ben and J.Lo costume! Las Vegas is also known for legendary performers hosting residences, like Celine Dion, so Jenna Bush Hager dressed as the iconic singer. David Copperfield’s magic show is also a huge part of Vegas, and Carson poofed into a Copperfield ensmeble for a second look during the show. Finally, Hoda Kotb and Savannah Guthrie dressed as Cirque De Soleil artists for their outfits!

These epic costumes followed the host’s honoring of football in America in 2021. For their Halloween looks last year, they all dressed up to honor football, with many going as some of the most well-known players in the league. While Willie and Carson channeled Tom Brady and Rob Gronkowski, we also saw Craig dressed as Patrick Mahomes. However, football has a major celebrity entertainment aspect to it, as well, and Hoda honored that by dressing as Carrie Underwood, who sings the Sunday Night Football theme song. We also got costumes reminiscing on past Super Bowl Halftime Show performances, with Al channeling The Weeknd and Sheinelle going as Bruno Mars. Savannah and Jenna completed the costume as Dallas Cowboys Cheerleaders.

Things looked a bit different in 2020, as the coronavirus pandemic was still looming and vaccines were not out yet. However, the Today hosts managed to have a socially-distanced Halloween show, where they dressed as Broadway characters from shows like Hamilton and Wicked. In 2019, we saw the hosts pay tribute to some of the most legendary dances of the past several generations. From Carlton’s moves on The Fresh Prince of Bel-Air to the iconic Dirty Dancing lift, there were plenty of epic moments that the hosts honored.