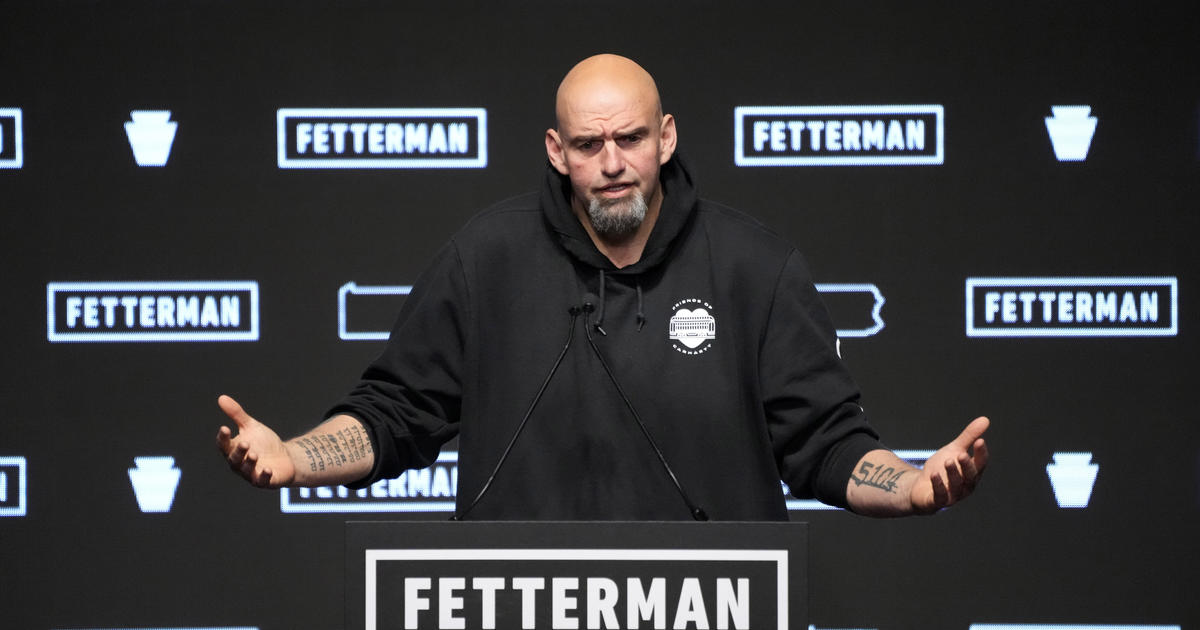 Despite the stroke he suffered in May, Fetterman, 53, handily won the Democratic nomination with the support of all 67 counties. His motto on the campaign trail has been “Every County. Every Vote.”

He didn’t return to the campaign trail until August, and Fetterman continues to struggle with auditory processing. He has been using closed captioning to read the questions in interviews. But Fetterman’s doctor said in October that his recovery is progressing and that overall, he is doing well. The doctor stated he has “no work restrictions and can work full duty in public office.”

Fetterman’s health was a political target on the campaign trail, where Oz and others called on him to release his medical records. His challenges were evident during the lone Pennsylvania Senate debate on October 25, where Fetterman used closed captioning to answer questions. During the debate, he said he was running for every Pennsylvanian who had ever been knocked down but had to get back up.

He also painted Oz as an extremist on abortion. During their only debate, Oz said the federal government should not be involved in abortion decisions but left it to “women, doctors, local political leaders.”

Fetterman was also one of the few Democrats on the trail who didn’t try to distance himself from President Biden. The two appeared together on Labor Day just outside Pittsburgh, and they were together again in late October for a fundraiser in Philadelphia.

Fetterman is a native of York, Pennsylvania, and he later moved to Braddock, an old steel town outside Pittsburgh, to start a GED program. He eventually ran for mayor, a post he held from January 2006 until he was elected lieutenant governor in 2018.

Oz, the son of Turkish immigrants, grew up in Wilmington, Delaware. If elected, he would be the country’s first Muslim senator. The 62-year-old doctor made his name appearing with Oprah Winfrey and then on “The Dr. Oz Show.” (Oprah endorsed Fetterman over Oz last week.)

Oz was a longtime resident of New Jersey but changed his voter registration in late 2020 to Pennsylvania, according to the Philadelphia Inquirer.

In November 2021 he announced his Pennsylvania Senate bid. About a month before the May primary, he was endorsed by former President Trump. He won the primary against former hedge fund CEO David McCormick by less than 1,000 votes. Oz has put about $25 million of his own money into the campaign.

In the closing weeks of the campaign, Oz focused on crime and accused Fetterman of wanting to release a third of inmates. He has also gone after Fetterman for some of his votes as chair of the state board of parsons, which is part of his responsibility as lieutenant governor. Oz also used his stump to talk about rising costs and energy independence.