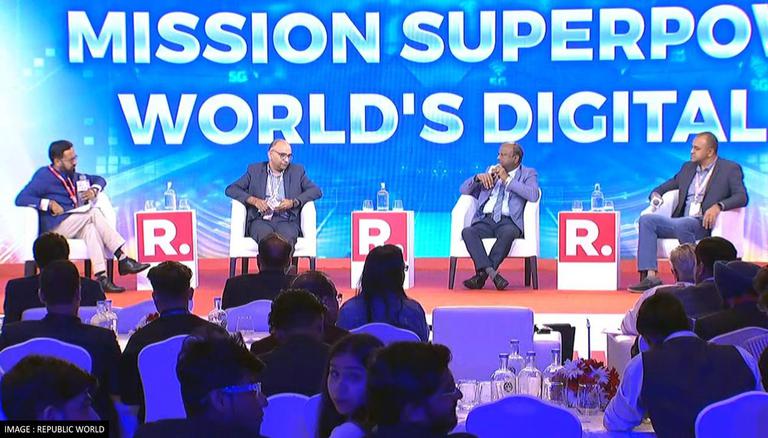 At “India Economic Summit 2022- Mission Superpower”, panelists joined to discuss the evolution of the digital economy in the country. From the Chairman of BharatPe Rajnish Kumar highlighting the transition in classic banking to the Director at Google India Satya Raghavan stating YouTube’s addition to the country’s GDP to Moglix MD Sandeep Goel talking about B2C transformation with the Republic’s Senior Executive Editor Niranjan Narayanaswamy at the Economic Summit.

Chairman of BharatPe Rajnish Kumar said, “When I joined the legacy bank State Bank of India in the 1980s, it was all manual, leisure and by the time I left it was a complete transition. In the case of Banks as well, if it’s not digital there is no question of survival. My transition from State Bank to non-executive chairman of Bharatpe, is exciting for me”.

Satya Raghavan, Director of Marketing Partners, Google India said, “Youtube was a place where people came to express themselves and still everybody. In 2014, when I joined Google, most content on Youtube was music and food, and in the last few years, it has become a place for infotainment. In the last few years, it has also become a place for learning, and while all these things were happening it was also creating an economic, societal, and cultural impact”

“In India when we launched the first YouTube impact report, we realised to a large extent that through the business model of Youtube, we primarily generated a lot of revenues via advertising but over years a lot of features were added like subscriptions. In the first report in 2020, we calculated that YouTube’s economic impact on the Indian GDP was Rs 6800 crore and we also added 6.83 lakh jobs. Today YouTube has actually become an economic value add for the country”.

MD of Moglix Sandeep Goel stated, “In 2015 when we started by then B2C platforms like Amazon, and Flipkart was very popular in the country. I realised that consumer buying habits have changed while in the manufacturing sector the buying is continuing in the same traditional manner. Each city has such markets and places from where Industries are buying from. After research and studies, we decided to disrupt and change the traditional way of purchasing for four reasons:-

Today we have become the catalog of India and we have over 800,000 products for every company,” he added.

Rajnish Kumar said, “RBI has come up with a concept note about three weeks back with two types of Digital currencies– one for wholesale and another for retail. As far as you and I are concerned, it is about the rollout of retail digital currency and if that happens successfully then so many issues related to the currency notes and cash currency will hopefully go away. I have always been mindful of the fact that whenever something new is introduced, it comes with a new set of problems. Currently, there’s too much cash in circulation despite the payments revolution. I doubt that we need 22 lakh worth of Rs 500 notes for doing the transaction, we might need a fraction of it. It will be a perfect solution for the issues like Money laundering, Tax evasion.”

Sandeep Goel stated, “the one big push that India needs is Infrastructure. Digital is in place, Finance aspects are in place as huge funding is coming inside India. Infrastructure is the top priority”.