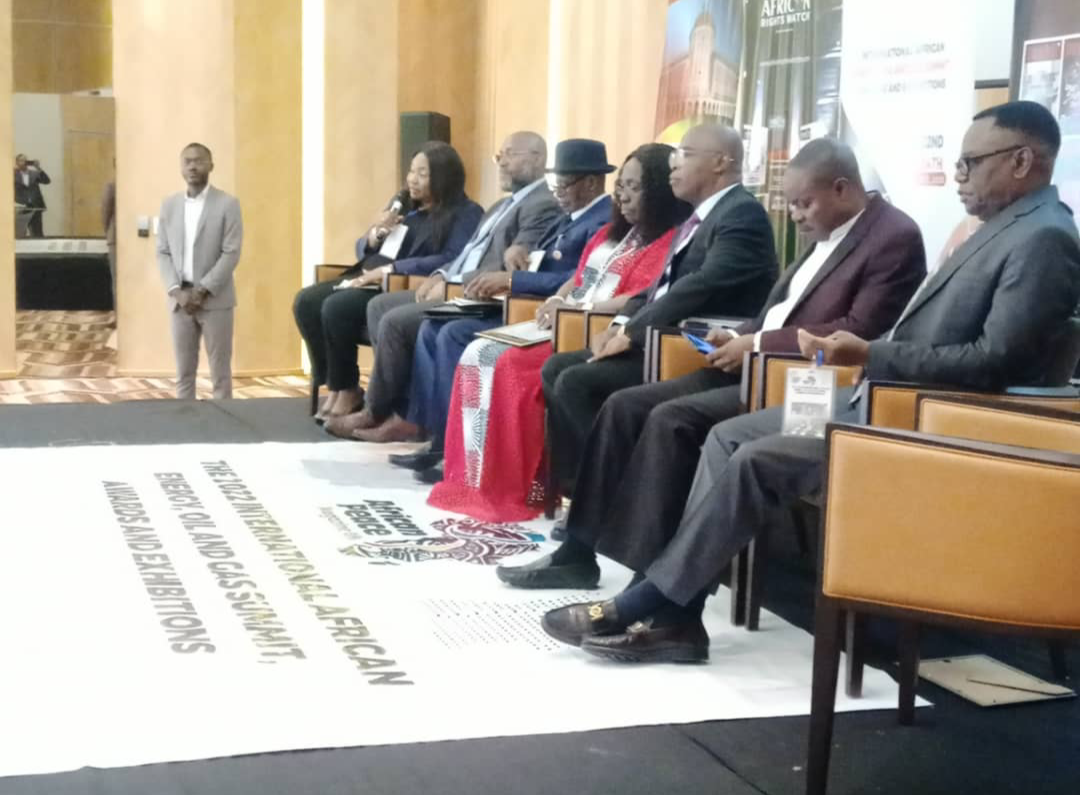 African Peace Magazine has described as a resounding the success of the International Energy, Oil and Gas Summit 2022 held at the prestigious Intercontinental Hotel in Luanda, Angola on the October 22.

The organisers also expressed gratitude to the Nigerian Embassy in Angola, the Angolan Embassy in Nigeria and Nigeria’s Minister of Industry, Trade, and Investment Otunba Niyi Adebayo, who wished the organizers a successful event.

President of the African Development Bank (AfDB), Dr. Akinwumi Adesina, while congratulating the organisation for organizing the summit themed, “Harnessing the Potential for inclusive Energy Transition and A Sustainable Future’’, noted that the platform would enhance business collaboration between Nigeria and Angola, thus promoting peace, business networking, good governance, and improving the condition of living of Africans.

He added that these were the key areas that the African Development Bank is strongly committed to through its Five-point Agenda.

At the event, chairman of Green Energy International Limited, Prof. Anthony Adegbulugbe, in his address hinted that energy is a powerful catalyst for all forms of economic and social development.

In his paper titled, “Building Energy Transition Capacity – A Catalyst for a Prosperous, Peaceful, and sSstainable Africa’’, Prof. Adegbulugbe noted that “energy is required to accelerate socio-economic and other development goals. Energy supports agricultural and industrial activities and plays a key role in improving the quality of public services such as healthcare, clean water, and education. Therefore the provision of reliable, affordable, and sustainable electricity to all will significantly translate to substantial gains in GDP, industrialization, huge employment, and human welfare, especially in the African continent that has over 580 million of her people without electricity in this 21st century.’’

Member of Board of Directors, Angola’s Agency for Private Investment and Exports Promotion (AIPEX), Dr. Jose Chinjamba, noted that “Diversifying beyond the petroleum sector, Angola features on the Top 10 Best African Countries to Invest in 2022, according to Business Insider Africa.’’

He noted further that, “Angola is a growing hub in the sub-region establishing industries and serving as the preferred gateway, privileged geographic location for trade, travel and tourism, access to 1.2 billion customers via African Continental Free Trade Agreement (AfCFTA).

“Angola aims to increase the use of renewable energy sources to 70% by 2025, President João Lourenço announced during COP2021; Angola has an extraordinarily broad wealth of biomes and ecosystems, associated with the diversity of climates and physiography of the territory. In total there are seven (7) biomes and fifteen (15) ecorregions, making Angola in the African country with the highest number of biomes and the second (after South Africa) with the highest number of ecorregions.’’

He added that Angola is open for investors.

The chairman of the Board at African Peace Magazine, Hon. Justice Suleiman Galadima, also noted that “Oil and Gas in Africa contribute to the economic and social development of the continent.”

The chairman further stated that, “African Continental Trade Agreement (ACTA) gives an opportunity for Africans to come together to trade freely within Africa and it is only when we take advantage of this agreement that we can have unity, peace, and prosperity for Africa.”

Galadima, however, invited participants to attend the African Peace Awards 2022, organised by African Peace Magazine UK, in conjunction with her strategic partners, Rethink Africa Foundation, African Fact Checkers, Centre for peace and Conflict management in Africa and African Right Watch scheduled for November 11 and 12, 2022 with the theme, ‘Evolving a Sustainable Peace Architecture in a Changing World’ in London, United Kingdom.