Oil theft and the fight against Nigeria’s economic saboteurs, By Mukhtar Ya’u Madobi 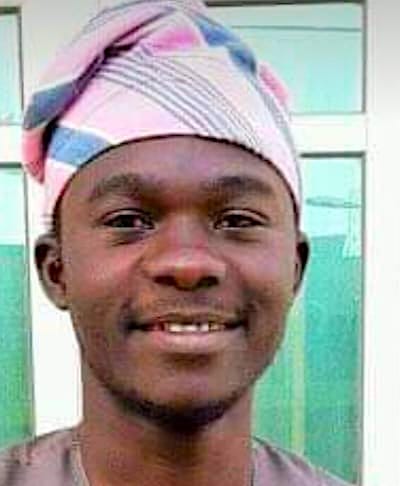 The Defence Intelligence Agency (DIA) should increase surveillance around the creeks, because the recent arrest of the said oil bunkering vessel was achieved as a result of intelligence gathering.

Being one of the world’s largest oil producing countries, the main source of income for Nigeria comes from the exploration and sales of crude oil and related products.

However, this vital economic sector has, over the years, come under threat as a result of the incessant activities of oil thieves, pirates, pipelines vandals and illegal refining taking place around the creeks of the Niger Delta.

This has undoubtedly made it difficult for Nigeria to meet up the daily production quota allocated to it by the Organisation of Petroleum Exporting Countries (OPEC), as most of the products are being siphoned by the enemies of the state.

This problem has been causing a massive decline of revenue to the country’s treasury, thereby making nation building a herculean task to achieve.

A recent report indicated that Nigeria losses about $2.7 billion a month as oil production has crashed below one million barrels per day.

The oil production figures posted by the Nigerian Upstream Petroleum Regulatory Commission (NUPRC) showes that the daily average production for August was 972,394 barrels, compared to 1.083 million barrels in July.

It is obvious to note that the production figure was 857,606 barrels short of Nigeria’s OPEC daily production quota of 1.83 million. At the average price of $100 per barrel, the country lost $85.76 million daily, amounting to $2.658 billion during the month.

Therefore, the urgent need to provide mechanisms necessary for checking these unwholesome activities in the oil sector with a view to ensuring sanity can never be over-emphasised.

But it is heartwarming that Nigeria’s security forces, including the military and the Nigeria Security and Civil Defence Corps (NSCDC) have been unrelenting in their efforts towards safeguarding oil facilities, destroying illegal refineries and arresting miscreants who are sabotaging our economy.

The Chief of Defence Staff (CDS), General Lucky Irabor, who has taken it upon himself, leads the fight against these mischief makers and thus provides all the necessary support to the troops, so as to ensure success in their operations.

Since assuming office as the CDS, General Irabor has met stakeholders in the oil sector, security agencies, traditional rulers and others, in a bid to tackle the stealing of our commonwealth, crude oil.

As a result of his advocacy, the Nigerian Navy, acting on credible intelligence, destroyed an illegal oil bunkering vessel arrested with stolen crude oil in the creeks of the Niger Delta.

The culprits were arrested on the creeks of Escravos, while crude oil was being loaded illegally into a waiting ship, according to a report by PUNCH newspaper.

It was learnt that about 600 to 650 cubic metres of illegally lifted crude oil in five compartments were said to be on board the vessel with registration number L85 B9.50, at the time of the arrest.

The Navy personnel did not hesitate to set the bunkering vessel ablaze on Warri River in Delta State, after the ship’s captain, Temple Manasseh, confessed that the vessel was laden with stolen crude oil.

The Chief of Defence Staff, General Lucky Irabor justified the swift destruction of the oil bunkering vessel by security operatives as an action taken to serve as warning to other big criminals involved in oil bunkering and the destruction of our economic infrastructure.

Meanwhile, experiences have shown how oil criminals use bureaucratic redtapism and legal technicalities to escape justice and recover their intercepted vessels, even along with the stolen crude oil.

Some of the criminals are notorious for hiring the best lawyers and compromising security in the axis where they operate, and have been getting away with their criminality in over two decades.

The immediate destruction of tools of criminals who act like mafia would surely send a strong warning and equally serve as deterrence to other potential bunkerers who may now have a rethink before engaging in such an unpatriotic act.

It is gladdening that socially responsible individuals and civil society organisations (CSOs) have commended the latest drastic measures taken by the joint security service. An Environment Protection Coalition, Our Habitat has thrown its weight behind the action of the military.

The group, in a press release by the Convener, Davidson Wariboko condemned the call for the sack of the CDS over the destruction of the vessel of the oil thieves. The group noted that at no other time in the history of Nigeria has the Armed Forces shown strong determination and courage to tackle oil bunkering.

According to the Coalition, the oil thieves have caused terrible environmental damage to oil producing areas, hence decisive actions against them are justified.

Similarly, the Citizens Initiative for Security Awareness (CISA) has also extolled the military for the necessary measures being implemented in curbing irregularities by economic saboteurs around the oil industry.

In addition, the group also rubbished the call for sack of CDS Irabor by some interest groups over the burning of oil barge caught engaging in oil theft in the Niger Delta.

In a statement signed by its National Coordinator, Chidi Omeje and Secretary, Olasunkanmi Ogunbodede, CISA condemned in the strongest terms, the ill-advised efforts by some persons and interest group to stir up anti-military sentiment using the reported burning of a vessel caught siphoning our national wealth.

For the interest of the nation, CDS Irabor and the high military command should disregard these detractors and continue with the good job of ridding the country from the clutches of these economic saboteurs.

And the fact that some individuals and groups are calling for Irabor’s sack is an indication that the oil thieves are equally fighting back and we must not allow them to succeed.

The Defence Intelligence Agency (DIA) should increase surveillance around the creeks, because the recent arrest of the said oil bunkering vessel was achieved as a result of intelligence gathering.

May Nigeria triumph over its enemies and detractors.