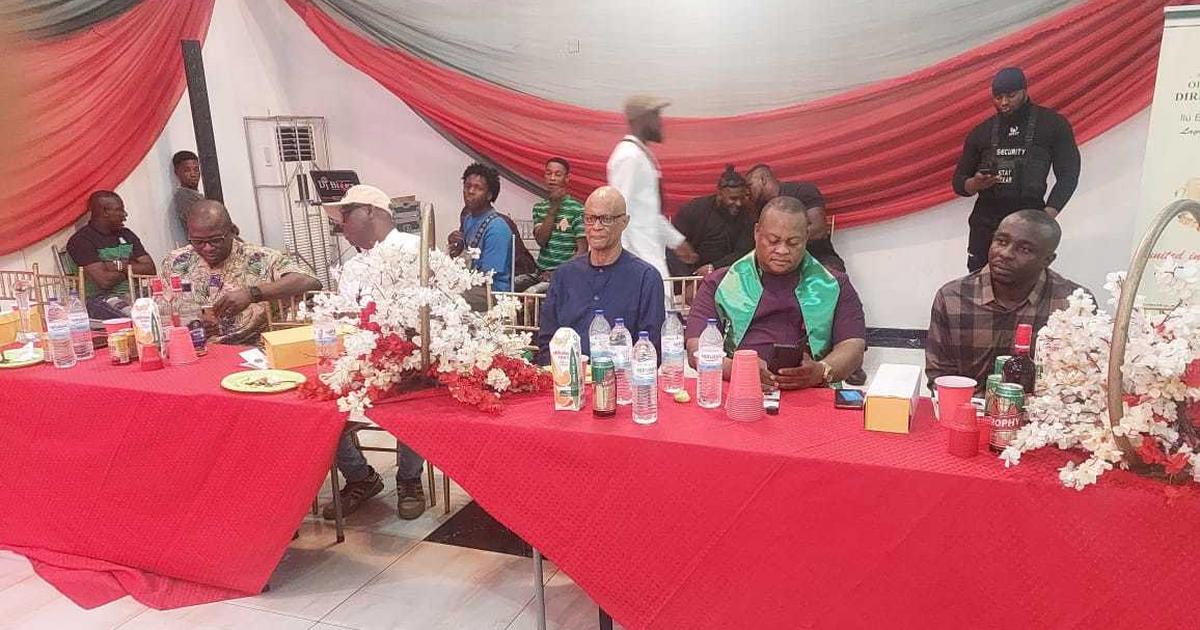 The event which held at the Mount Royal Centre Hotel & Suites, Amuwo-Odofin, Lagos, also witnessed the inauguration of the Lagos State chapter of the association as well as honouring deserving stakeholders and eminent Nigerians.

Themed, “ Rising Beyond the Limits: A March Towards the Recovering of the Nollywood Economy,” the event a total of 55 new members inducted into the association.

While welcoming new members into the association, the President of ANMD Kenneth U. Ibeanusi urged them to imbibe the vision of the founding members of the association which is to provide a level playing ground for all professional movie directors in Nollywood both at home and in the diaspora.

Ibeanusi however, reiterated the plans of his leadership to build a multi-million naira edifice that will serve as the National Secretariat of the association as well as a hotel with an in-built production location.

The ANMD boss first announced the projects plans last year when the association held its annual convention in Owerri, the Imo State capital.

According to him, if realized, it will not only be the first of its kind in Nollywood, but also, the project will help to solve so many challenges moviemakers face in terms of locations and lodging for the cast and crew of movie productions.

He noted that the project will be managed by people who completely understand the challenges filmmakers face as it will also serve as a source of revenue for the association.

Also, speaking at the occasion, the Governor, Lagos State chapter of the association, Nnabuike Okoro called on film directors across the country to endeavour to come together to help restore order and predictability to the growth of the global film market and expansion in line with the theme of the confab.

“I want to remind us that we all as directors have a major role to play in the success of Nollywood. I must commend the good job we are doing so far as the standard of our films has greatly improved and is appreciated all around the world,” Okoro added.

Meanwhile, the occasion also witnessed the honouring of actress Ngozi Ezeonu, comrade Alex Eyengho, Sir Precious Preye Oliver a.k.a Mr Nollywood with a Fellow award of the association among other deserving awardees.

While Ndubuisi Nwankwo JP, was conferred the grand patron of ANMD which was established since 2015.