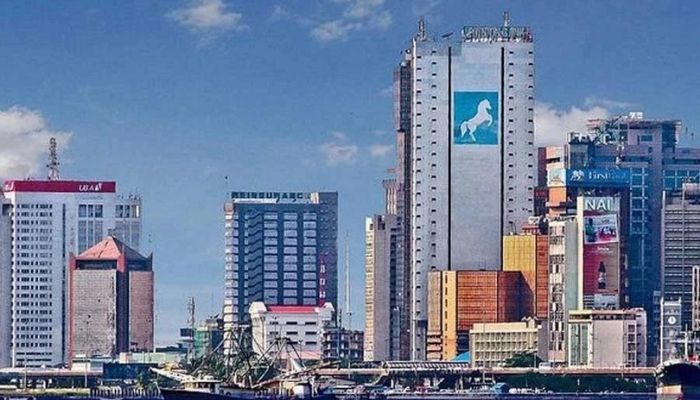 Commercial banks recorded a modest improvement in all regulatory indicators despite daunting economic challenges, according to the Afrinvest Banking Sector Report 2022.

The new report, presented by Victor Ndukauba, deputy group managing director, Afrinvest West Africa, on Wednesday in Lagos, said the banks beat all the prudential guideline limits set by the Central Bank of Nigeria (CBN), showing resilience and strength during the year, according to a statement.

The report’s assessment of CBN’s financial stability indicators showed that industry liquidity, liquidity ratio (LR) and non-performing loan ratios (NPLs) both improved by 130 basis points (up) and 75bps (down), respectively, to 42.6 percent and 4.95 percent.

Although the Capital Adequacy Ratio (CAR), at 14.1 percent, underperformed the June 2021 level by 140bps, all the indicators beat the prudential guideline limits of 30 percent (LR), five percent (NPLs), and 13.0 percent (CAR), respectively, despite myriads of challenges in the business environment.

The report said the improvement is expected to be sustained over the coming years.

It said the fiscal challenges presented by weak Federal Government earnings have contributed to the muddling of monetary policy and strong use of Cash Reserve Ratio debits as a subtle strategy, in our view, to compensate for the inflationary effect of ballooned overdraft to the government.

On exchange rate management, the report said CBN’s strategy (differentiated rates across market segments and capital control) failed the litmus test over the reviewed period, as anticipated in the 2021 report.

It said the value of the naira depreciated further by 5.6 percent and 23.2 percent to N436.50/$1.00 and N712.00/$1.00 (on 19/09/2022) at the NAFEX window and parallel market, respectively. It stated that near-term improvement in the exchange rate is not in sight, given forex supply constraints due to the self-inflicted injuries in Nigeria’s oil & gas sector.

The report said that in 2021, the Nigerian economy recovered markedly from the pandemic-induced strain of the prior year.

“Real Gross Domestic Product (GDP), grew 3.4 percent from -1.9 percent in 2020 beating our projection by 0.4ppts. The recovery was mainly driven by the expansion of activities in the non-oil sector by 4.4 percent, while the oil sector remained in a recession. This growth momentum was sustained into 2022 albeit with a wider divergence between the oil and non-oil sectors,” it said.

The report said given the resilient half-year 2022 performance and expectation of sustained positive performance by key non-oil activity sectors in the third and fourth quarters of the year, it reviewed the 2022 baseline growth forecast upward by 40bps to 3.3 percent.

However, it maintained that growth momentum in the medium term would remain short of the level that can meaningfully lift the average well-being of the citizenry due to persistent domestic and external headwinds.

Ike Chioke, group managing director, Afrinvest West Africa, said Nigerians should prepare for reforms that would turn the economy around.

“Noteworthy, the political will of the incoming administration to implement tough reforms that would curtail major economic leakages such as the subsidy regime on PMS (which has gulped over N7.0tn since 2010) and ensure the proper channelling of scarce resources to critical sectors would be a refreshing start,” Chioke said.