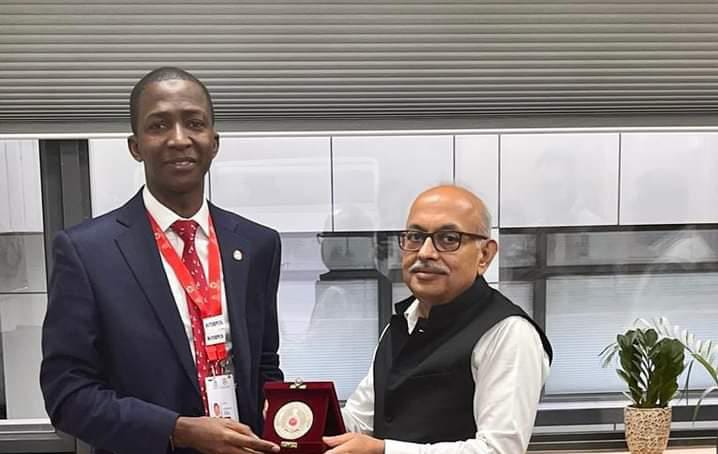 Nigeria’s Economic and Financial Crimes Commission (EFCC) and India’s Enforcement Directorate (ED have agreed to collaborate in the fight against corruption in both countries.

Wilson Uwajuren, the EFCC’s spokesperson, disclosed this in a statement on Wednesday.

Uwujuren said Abdulrasheed Bawa, EFCC chairman, and Sanjay Kumar Mishra, ED’s director, announced the decision at a meeting in India on Wednesday on the sidelines of the 90th Interpol general assembly in New Delhi, India.

According to the statement, the two agencies will partner in matters of mutual interest particularly money laundering and other economic and financial crimes.

Uwujaren added that they also agreed to share experiences and cooperate in matters of mutual interest and concern.

This is not the first time the anti-graft agencies in both countries would collaborate to fight crime.

In 2019, Abhay Thakur, India’s high commissioner to Nigeria at the time, had pledged his country’s commitment to Nigeria.

Thakur had said the synergy will further advance the ties between the two nations in the areas of security, information communication technology (ICT), education, business, digital forensics, intelligence gathering and sharing on cyber and economic crimes.

The Indian high commissioner also noted then that though Nigeria and India have come a long way, a lot is needed to be done between the two nations to increase inter-government relationships and flow of information, especially in the areas of security.

This story is published in partnership with Report for the World, a global service program that supports local public interest journalism.