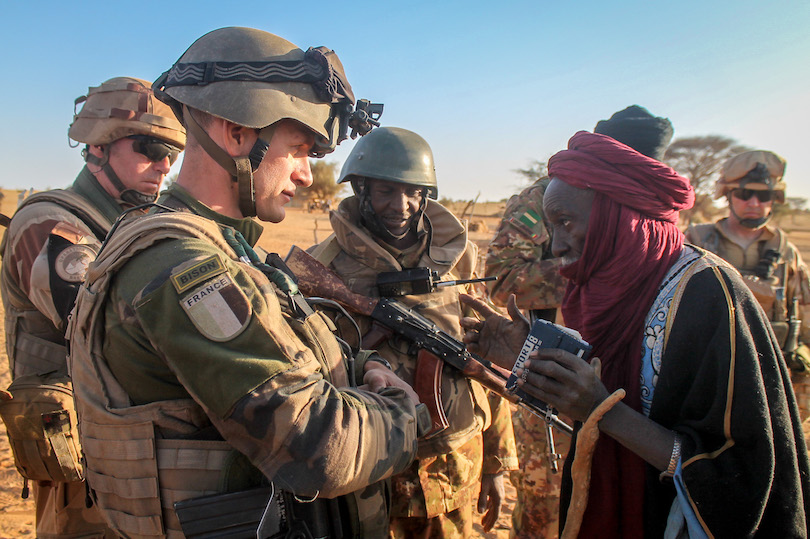 The world’s poorest country by the UN’s development index, Niger is battling two insurgencies that have swept in from its neighbours.

“Fifteen operations have been jointly planned and carried out in the Almahaou zone over the period from July to October 2022,” an army statement said.

The Almahaou, meaning whirlwind in the Djerma language, is Niger’s anti-jihadist force deployed mainly in the vast and unstable Tillaberi region bordering Mali and Burkina Faso.

At least 11 people died in a suspected jihadist attack on trucks near the Niger’s Mali border last Saturday.

The joint operations were reviewed this week during a meeting chaired by Niger’s army chief of staff General Salifou Modi with French “partners”, the army added, referring to the Barkhane forces sent by Paris.

The forays led to the capture of arms, ammunition and communications equipment, as well as the “destruction of several logistical sites” and “motorised transports”.

Some 30 suspects were also arrested.

“These actions… have contributed towards building a climate of peace for a return to farming” activities and the distribution of food, Modi said.

Free medical consultations were also made available in the area.

Modi hailed the “positive outcome of the operations” and the close cooperation with Barkhane.

Niamey faces a longstanding Boko Haram campaign on its southeastern border with Nigeria, and a dynamic seven-year offensive in the southwest which swept in from Mali, where al-Qaeda and Islamic State group jihadists are active.

Following the withdrawal of French forces from Mali this summer, the Niger government fears a security vacuum that could aggravate the situation along the 800-kilometre (500-mile) border they share.

The ruling junta in Bamako, which is accused of working with Russia’s shadowy private paramilitary group Wagner, has pushed out the Barkhane force since 2020.