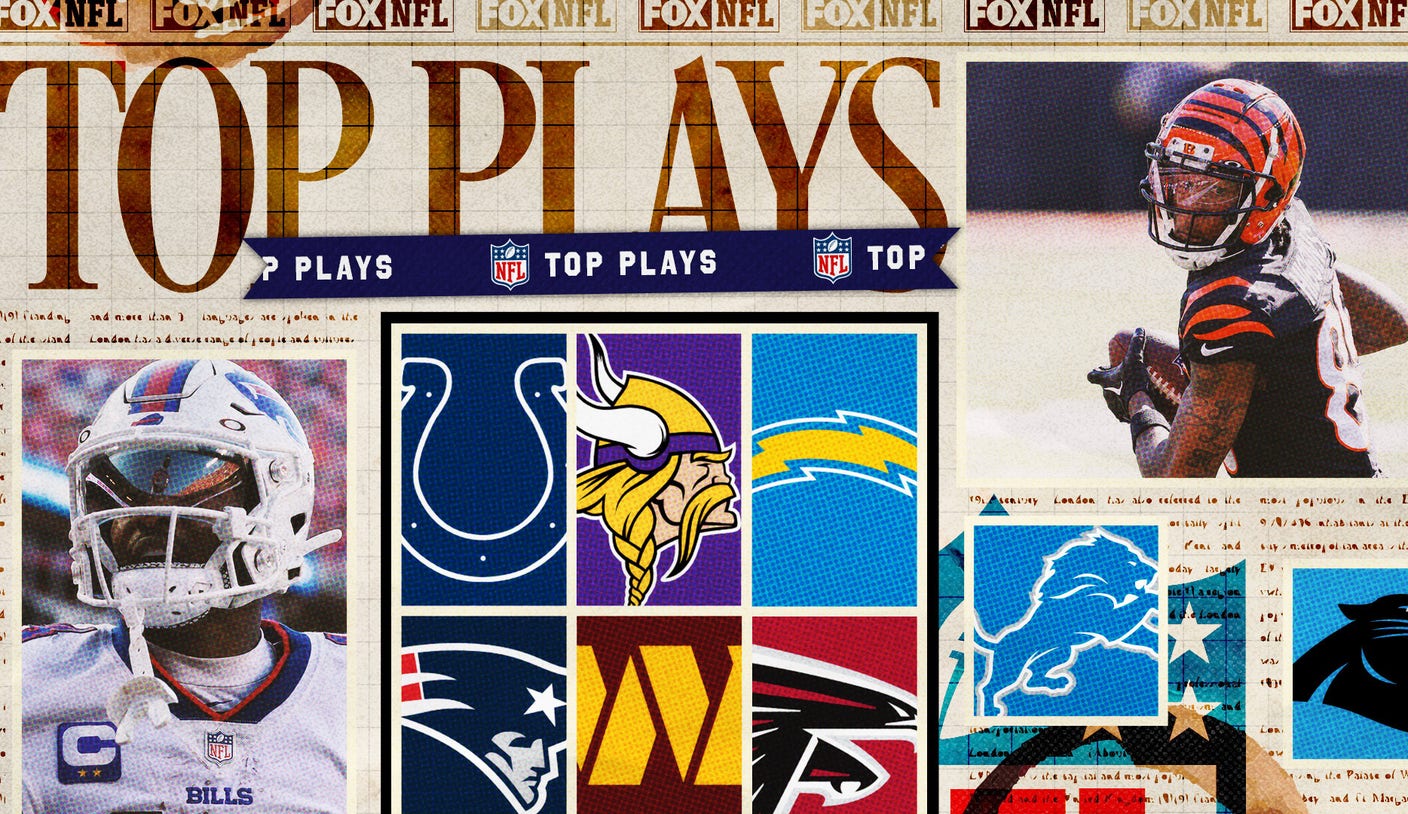 Week 9 of the NFL season is in full swing, and there’s plenty to look forward to after a wild trade deadline that shook up rosters across the league, with 20 players traded at or near the cutoff this past Tuesday.

Here are the top plays from Sunday’s action!

Seattle opened the game with a field goal, and Arizona responded. A nine-play drive ended with Kyler Murray hitting DeAndre Hopkins for a 22-yard touchdown, putting the Cardinals up 7-3.

Geno Smith found DK Metcalf in the back of the end zone for a toe-tap touchdown. Seattle took a 10-7 lead.

Points left on the field

Murray picked up a fourth-and-4 and more with his legs but, Ryan Neal knocked the ball free. Seattle recovered the loose ball and took a 10-7 lead into halftime.

Looking to get the ball to Kenneth Walker, Smith didn’t put enough oomph on the pass and was intercepted by Zaven Collins, who ran the pick back to the house. Arizona took a 14-10 lead early in the third quarter.

Smith and the Seahawks got that touchdown back on the ensuing possession, as the quarterback hit Tyler Lockett for a 9-yard score to cap off a 13-play drive. Seattle took a 17-14 lead.

The Buccaneers got on the board first with a field goal, while the defense clamped down on Matthew Stafford and the Rams offense with plays like this from Vita Vea.

Stafford hit Cooper Kupp on a deep ball, and the receiver took off for a 69-yard touchdown. The Rams took a 7-3 lead early in the second quarter.

Packers receiver Romeo Doubs was carted to the locker room with an apparent ankle injury, and things only got worse for Aaron Rodgers & Co.

What started as a potential go-ahead touchdown ended in an ugly interception for GB in the first quarter.

When it rains, it pours

Then, Rodgers was picked off again in the end zone, as the Lions continued to shut out the Packers.

Rodgers threw his third interception of the game early in the third quarter, as Kerby Joseph registered his second pick of the game. Green Bay still trailed 8-0.

Rodgers hit Allen Lazard for a 20-yard touchdown pass, getting the Packers on the board. They failed the two-point conversion attempt, though, and trailed 8-6.

Detroit finished off a 13-play drive in the end zone, as Jared Goff connected with James Mitchell on a goal-line score. The Lions took a 15-6 lead and held on to win.

T.J. Hockenson picked up a clutch first down on his first reception as a Viking, setting up a dazzling Justin Jefferson touchdown on Minnesota’s opening drive.

Taylor Heinicke threw a rainbow to receiver Curtis Samuel, who reeled in the deep ball and ran into the end zone for a 49-yard score. Washington took a 10-7 lead in the third quarter.

Minnesota answered a Washington touchdown with a field goal. Then safety Harrison Smith intercepted Heinicke and ran it back inside the red zone. Two plays later, Cousins hit Dalvin Cook for a game-tying, 12-yard touchdown.

Greg Joseph hit a 28-yard field goal with 12 seconds remaining in the fourth quarter to put the Vikings up for good.

The Falcons charged downfield on their opening drive, and Cordarrelle Patterson came up big for the home team, powering through the Chargers defense in his first game back after being activated from injured reserve Saturday.

Austin Ekeler came up with back-to-back second-quarter scores — one rushing and one receiving — to put Los Angeles ahead as the first half wound down.

Patterson having a day

Cameron Dicker hit a 37-yard field goal as time expired to give the Chargers the win. Los Angeles put together two field-goal drives on its last two possessions.

The Bengals shut out the Panthers in the first half, thanks to the fancy footwork from Joe Mixon, who punched in four first-half touchdowns for the home team.

Mixon ran in a 14-yard score, his fifth overall touchdown of the day. The touchdown gave the Bengals a 42-7 lead. By the way, Baker Mayfield came in to play quarterback for the Panthers, but Carolina couldn’t make up the deficit.

Matthew Judon and the Patriots defense was relentless in the first quarter, pressuring Sam Ehlinger early.

The Patriots defense had Ehlinger’s number all day. Late in the fourth quarter, Jonathan Jones picked off the Colts quarterback and ran it back for six.

The Bills‘ dynamic duo of Josh Allen and Stefon Diggs went to work right out of the gate.

New York capitalized on Allen’s second interception of the game. Four plays after the turnover, quarterback Zach Wilson got the ball out to James Robinson, who found the end zone to give the Jets a 17-14 lead. The sides traded field goals and New York held on.

Raheem Mostert punched one in for the Dolphins early to set the tone of their matchup against the Bears.

Justin Fields pulled one over on the Dolphins defense, connecting with Cole Kmet for a score and the lead.

The Dolphins extended their lead over the Bears after this wild blocked punt returned for a touchdown.

Chicago wasn’t slowing down, however. Fields launched one to Darnell Mooney for a 16-yard score to keep things close.

Tua Tagovailoa found the second-year Waddle for an 18-yard score, putting Miami up 28-17 early in the third quarter.

Fields ran through the Dolphins defense for a 61-yard touchdown, getting the Bears back to within one score. Chicago converted a two-point conversion, which cut the deficit to 28-25.

Fields and tight end Cole Kmet hooked up for their second touchdown of the game early in the fourth quarter, cutting Miami’s lead to three, but the Dolphins held on.

After getting shut out last week, the Raiders made a statement with a couple of huge first-quarter scores.

Jacksonville back in it

Trevor Lawrence hooked up with receiver Christian Kirk on a red-zone touchdown, getting the Jaguars to within one score in the third quarter.

Travis Etienne capped off a 12-play Jacksonville drive with a 5-yard touchdown run to give them the lead. Las Vegas blew a 17-0 lead.