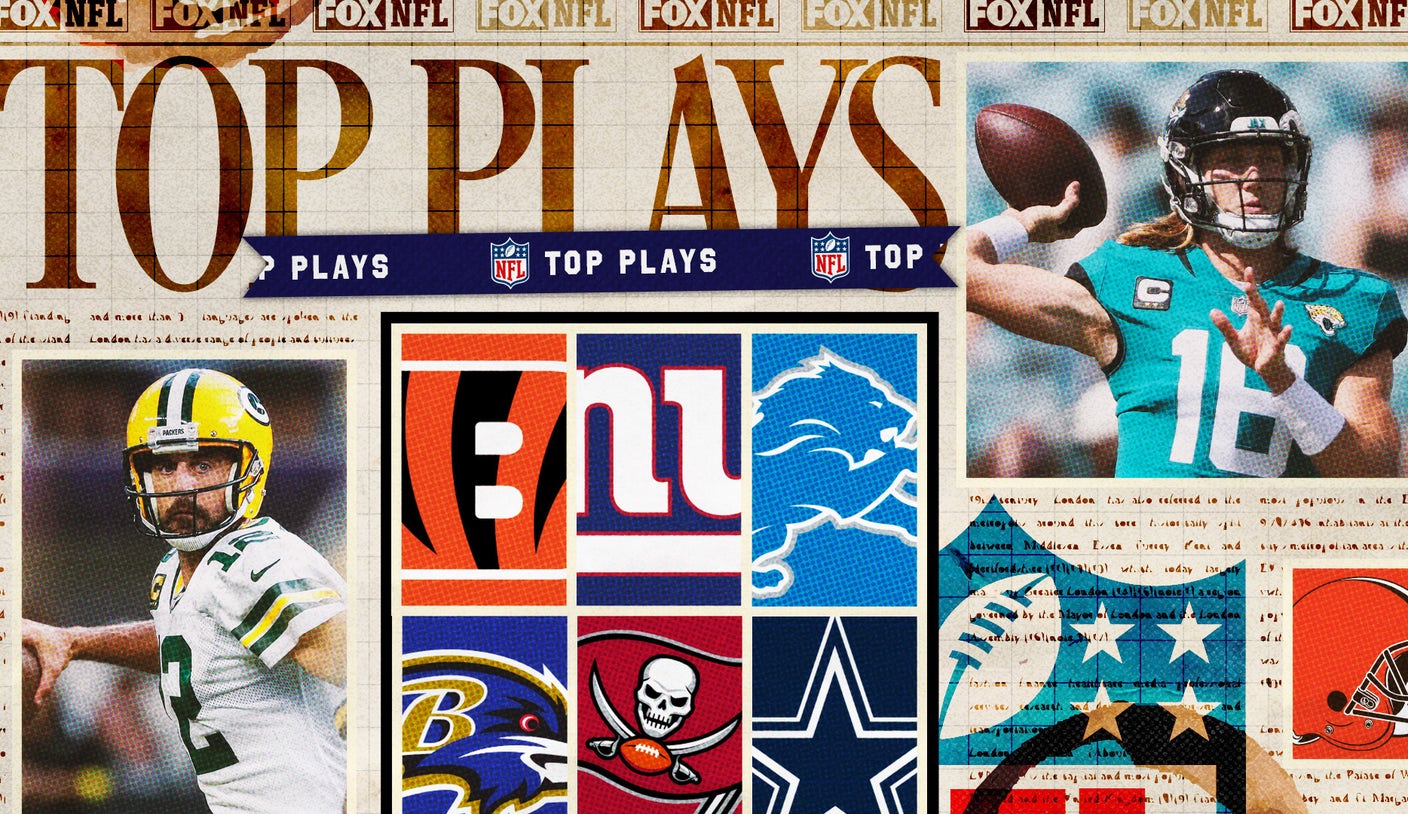 Week 7 of the NFL season continues Sunday with Bucs–Panthers, Packers–Commanders and Giants–Jaguars highlighting the early window of games on FOX.

In the afternoon, a potential Super Bowl preview takes place in Kansas City, with the Chiefs hosting the San Francisco 49ers on FOX (4:25 p.m. ET).

Here are the top plays from Sunday’s action.

One for the rook

Dak Prescott made his first appearance for the Cowboys since Week 1, but was immediately stuffed in the backfield on his first drive by Aidan Hutchinson, who made his fourth sack of the season to force a punt.

Joe Burrow and the Bengals’ offense began the season at a snail’s pace, but they’ve improved upon their slow start in recent weeks. Joey B followed up his 300-yard, three TD performance last week with an early dot to Tyler Boyd, good for 60 yards and a score.

The Bengals doubled their early lead on an 11-play, 71 yard drive that Joe Mixon finished off with a short one-yard romp.

Daniel Jones has been dropping dimes more than ever this season, and the fourth-year signal-caller was tossing around money bags on his first drive against Jacksonville.

He completed six-of-seven pass attempts on the drive, including this pretty sailer to Darius Slayton to put New York up 7-0.

The Jags saw New York’s TD, and raised it one, plus a two-point conversion to boot. Travis Etienne got past the pylon with a short seven-yard burst, and Jacksonville went right back to him for the two-pointer.

When in doubt, give it to Nick Chubb. That’s just what the Browns did with a high frequency in their 11-play, 75 yard drive to open their tilt with Baltimore. Chubb got five totes on the drive, amassing 18 yards and the go-ahead score.

Cleveland took advantage of Chubb’s intimidation factor on its second drive, faking a handoff to him before Jacoby Brissett uncorked a 55-yard bomb to Amari Cooper down the left sideline. The Browns got three points out of their second possession, taking a 10-3 first-quarter lead.

You can’t keep both Aaron’s in check forever, and the combo put their heads together for a four-yard TD after a nifty play fake. The hook-up capped a seven-play, 42 yard scoring drive for G.B.