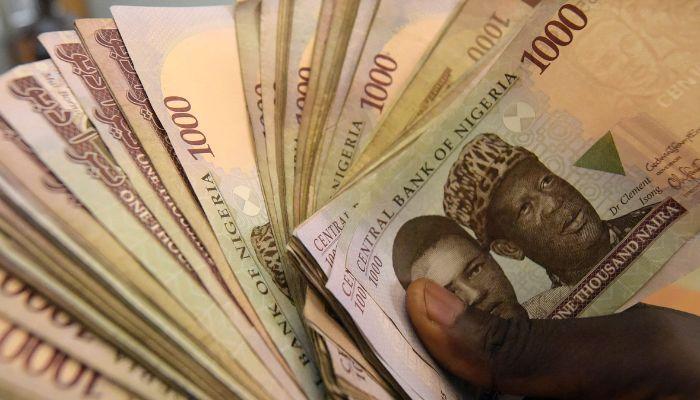 Naira on Thursday depreciated across foreign exchange market segment as demand for dollars continues to rise.

At the Investors and Exporters (I&E) forex window, also known as the Nigerian Autonomous Foreign Exchange Fixing (NAFEX), naira weakened by 0.26 percent as the dollar was quoted at N441.83 on Thursday as against N440.67 quoted on Wednesday, according to the data obtained from the FMDQ.

Most traders who participated at the foreign exchange auction on Thursday maintained bids at N442 (high) and N435 (low).

The daily foreign exchange market turnover declined by 32.07 percent to $64.80 million on Thursday from $95.39 million recorded on Wednesday, data from the FMDQ indicated.

Data from the central bank of Nigeria (CBN) shows that Nigeria’s gross official reserves declined for the second consecutive month by around $772m to $38.2bn in September.

The decrease according to FBNQuest is the most significant since May, when gross official reserves dropped by almost $1.1bn. As such, some explanation is required.

“The CBN’s data series on FX flows through the economy is lagged. As a result, it will be a few more months before we get a clear picture of what caused the substantial m/m decline in official reserves. However, contributing to the overall reduction were coupon payments estimated at $145m on three of Nigeria’s sovereign Eurobonds – September,28, September, 33, and September, 51 issued last year,” the report stated.

The firm assumed that the sum comprised other debt services costs such as interest payments on bilateral and multilateral loans, as well as possible increases in CBN interventions at its multiple windows.

Total reserves as at end-September covered 8.9 months of merchandise imports based on the balance of payments for the 12 months to March 2022, and 6.8 months when added services. “However, for a more accurate picture, we must adjust the gross reserve figure (and the import cover) for the pipeline of delayed external payments,” analysts at FBNQuest siad.

According to the report Nigeria is not the only country experiencing pressure on its reserves. Although Egypt’s foreign exchange reserves increased marginally by about $56m to almost $33.2bn in September, the increase was its first monthly accretion since April 2022.

The country is in talks with the International Monetary Fund (MF) for a loan to address the fallout of an external funding gap largely due to the Russian-Ukraine conflict.

South Africa’s international liquidity position also declined by about $900m to $52.2bn during the month, largely due to valuation adjustments following the appreciation of the US dollar and asset price movements.

Although Nigeria may be able to get some concessional loans from multilateral agencies to boost the reserves, these sources of accretion are constrained by size and come with stringent conditions, the said.