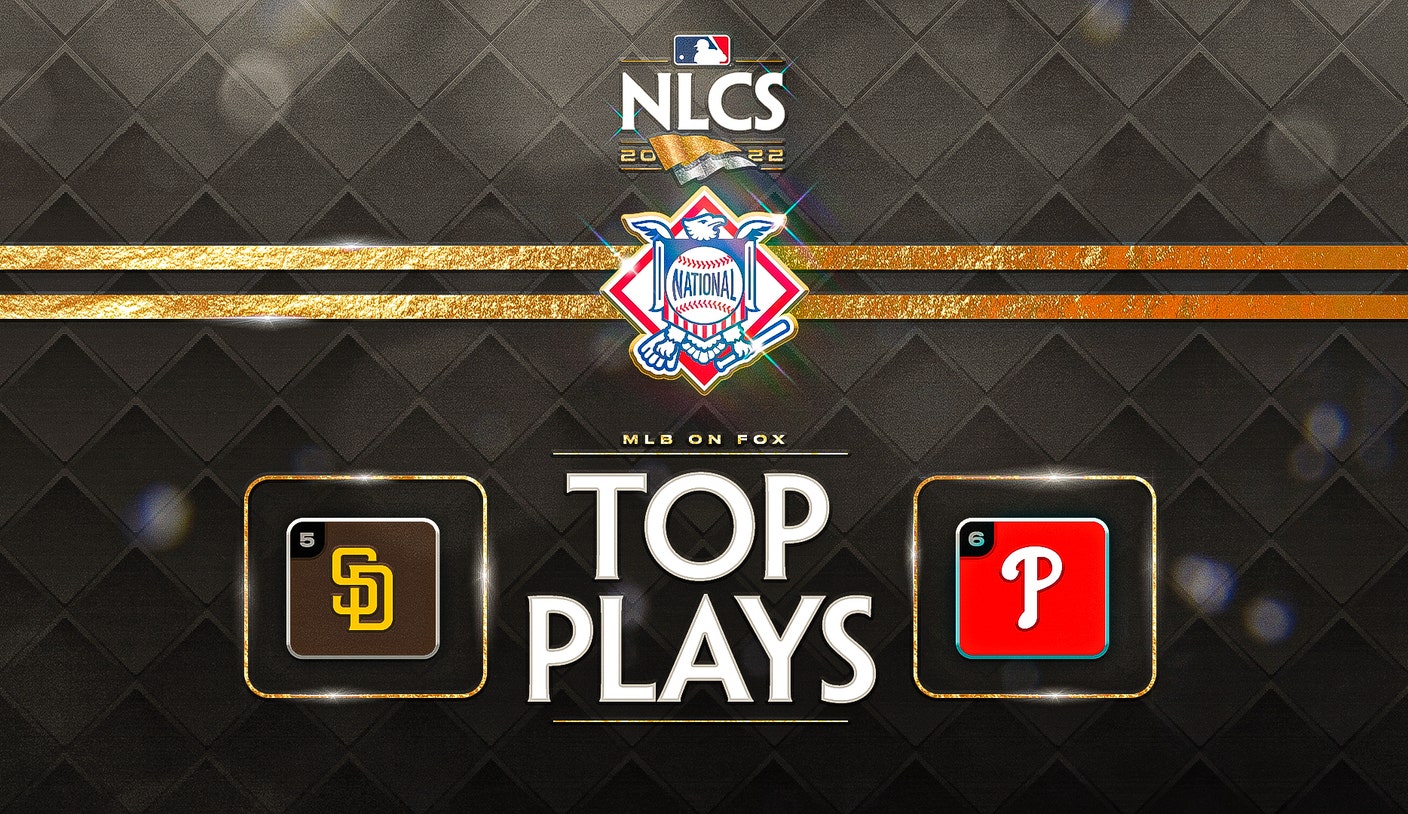 Game 3 of the ALCS between the Houston Astros and the New York Yankees was all about pitching. Houston dominated New York throughout, holding the Yankees to just three hits (two of which came in the ninth inning) in a stifling showing.

Now, the San Diego Padres are taking on the Philadelphia Phillies in Game 4 of the NLCS.

Here are the top plays from Saturday’s action.

Manny Machado jumped on the first pitch he saw from Phillies starter Bailey Falter, crushing the ball into the left field seats.

Shock to the system

The pitching change didn’t faze Ha-Seong Kim, who jumped on a breaking ball from Connor Brogdon to drive in Drury, and put San Diego up 4-0 in the first inning.

You didn’t think the Phillies would lay down and take a potential beating from San Diego, did you? If so, think again.

After Kyle Schwarber singled to left field, Rhys Hoskins went in the same direction, but with the long ball, plating two for Philadelphia.

Phillies fans serenaded Bryce Harper with MVP chants as he entered the batter’s box, and they sang him a sweeter ballad after he roped a long double into the right-center gap. Harper’s hit scored J.T. Realmuto, who walked just before him.

Mike Clevinger was pulled after the double, marking the first time since 1932 that both starting pitchers were pulled in the first inning of a postseason game.

Going with the pitch

Rookie Bryson Stott just seems to come through in big moments, and the UNLV product slapped a liner the other way to bring in Nick Castellanos from second, and tie things up.

Juan Soto has waited a while for his first postseason home run, but he finally got one in a clutch at-bat. After going down 0-2 in the count, Soto blasted a two-run homer to right field to reclaim the lead for San Diego, 6-4.

We warned you about counting the Phils out. They punched right back in the bottom of the inning, courtesy of a jolting two-run slam by – guess who – Hoskins. It was his second of the night, and the eighth multi-HR game by a Phillies player in postseason history.

When it rains, it pours for the Phillies offense. Harper kept the storm going by following Hoskins’ shot with a two-out double, winning a lefty-on-lefty matchup to put them up, 7-6.

The Phillies added another run when Castellanos’ grounder up the middle skipped off of second base and trickled into center field.

In the bottom of the sixth, Schwarber took Luis García deep, blasting a 429-foot shot to dead center. The home run gave the Phillies a 9-6 lead.

Gerrit Cole was on his way to a seven-pitch inning in the top of the second after an unblemished first, but Harrsion Bader dropped a routine pop fly in a miscommunication with Aaron Judge.

The very next Astros batter was Chas McCormick, who slapped a liner over the right field fence to make the Yanks pay for their mistake. The Astros went up 2-0 on the homer.

Bader led off the bottom of the fifth with a walk, but when he tried to swipe second base, catcher Christian Vázquez fired a dot to the bag to oust him.

Astros starter Cristian Javier retired the next two batters after the big putout.

Doing it on both sides

Vázquez went to work on the offensive end after his defensive deed. The Astros got another run on a bases-loaded sacrifice fly, and Vázquez followed by poking a rainbow into left field on the first pitch he saw, plating two more runners to give Houston a 5-0 lead.

The shutout marked the second for Houston in this postseason.