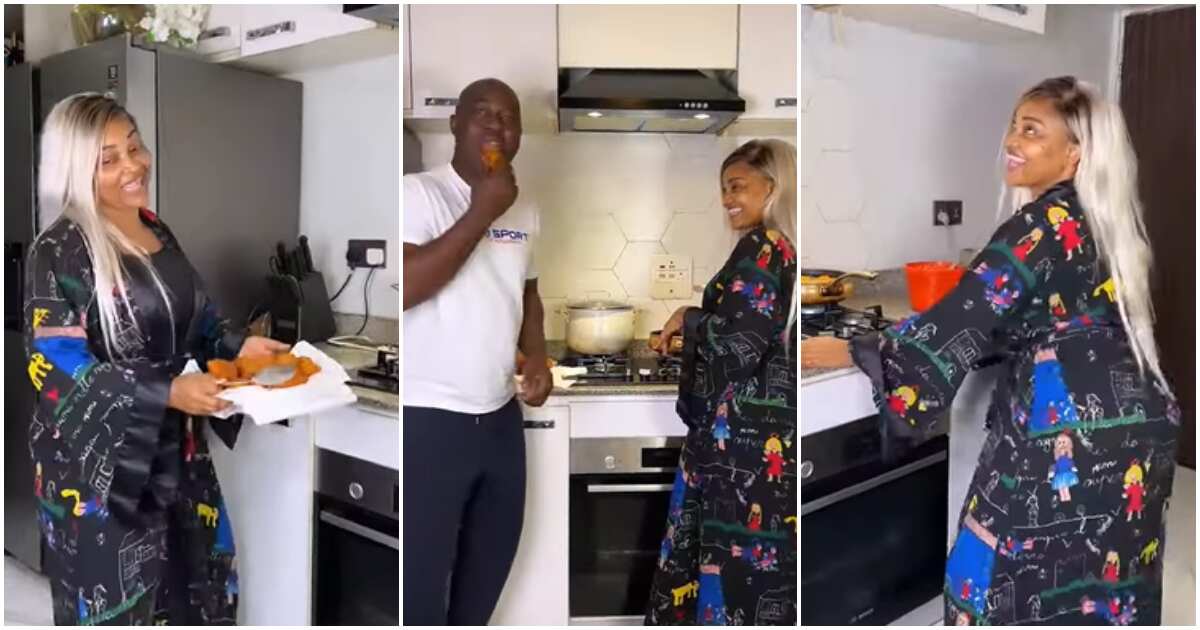 Ace Nollywood actress Mercy Aigbe is indeed such a lively character with so much joy to share with the world as she shows it again with her joining the viral Cough dance challenge.

The actress was captured dancing in her kitchen while frying the popular Yoruba delicacy beancake (Akara).

Aigbe’s hubby Adekaz was seen in the now-viral video to have walked in and joined her wife in dancing while he picked one of the Akara she was making and ate it.

Watch Mercy Aigbe and her husband Adekaz jump on the famous Cough dance in the video below:

See some of the reactions Mercy Aigbe and hubby’s video stirred online:

“Na because madam of the house no dey if not u go run comot for the house like tiff in the middle of the night.”

“She like person thing..c as she dey shine teeth president of second wife association of Nigeria.”

“How this one take dey collect doggy sef waist stiff like gulder bottle.” 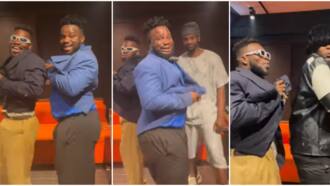 “Inside another woman kitchen!!”

Meanwhile, Legit.ng recalls reporting that the viral new tune by the Nigerian singer Oluwatobiloba Anidugbe, better known as Kizz Daniel, has yet again got Nigerians stuck on his new song’s challenge, Cough (Odo), including celebrities.

The latest celebrities to join the dance challenge are the popular skit maker Oga Sabinus and Broda Shaggi. The funny men showed off their dancing skills as they grooved to the hit song.

In one of the short skit videos shared on Sabinus’ page, the singer himself, at some point, was seen walking onto the scene and joining the skit makers as they bent over and did the Cough dance challenge together.