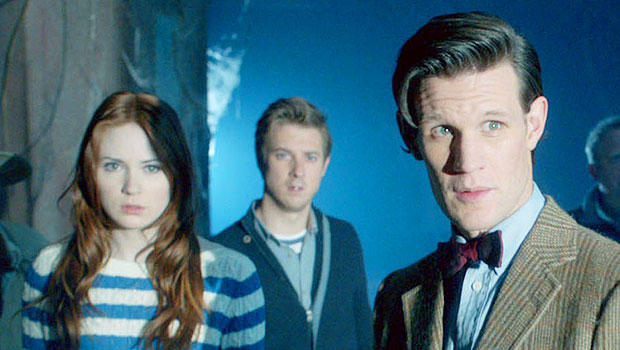 Happy 40th birthday Matt Smith! The British actor celebrated the night before his actual birthday (October 28) with a group of friends including his former Doctor Who co-stars Karen Gillan and Arthur Darvill on the Galapagos Islands in Ecuador. Matt’s friends gathered around the House of the Dragon star and sang “He’s a Jolly Good Fellow,” as Matt clapped along and admired his birthday cake. After blowing out the candles, Matt told his friends, “This trip couldn’t get any better. Thank you for your grace and hospitality, this is really too kind.”

Matt has been enjoying a trip to Ecuador with Karen, 34, and Arthur, 40. Karen posted Instagram footage of herself and Arthur enjoying the wildlife on the Galapagos Islands before Matt’s birthday celebration. The Guardians of the Galaxy star captured videos of crabs, birds, and seals. She also recorded Arthur wearing a lifejacket as the pair enjoyed a boat trip. “A couple of Ponds in the Galapagos PART 1,” Karen captioned the post.

Matt was the 11th Doctor in the British sci-fi series from 2010 to 2013. Karen and Arthur played his assistants, childhood sweethearts Amy Pond and Rory Williams. Matt was replaced by Peter Capaldi who became the 12th Doctor in 2014. In a recent interview with the Los Angeles Times, Matt revealed that he felt more pressure being on Doctor Who than on House of the Dragon, the new Game of Thrones prequel series.

“The pressure that came with Doctor Who is extraordinary,” Matt explained. “On this, you’re sharing it with like 10 other actors. Doctor Who is Doctor Who, Hamlet is Hamlet, you know? I was 26 [when I was cast] and I don’t know if I’ll ever feel pressure like that again. In Britain, anyway, the focus on that job is enormous.”

Matt also said that “everyone who leaves ‘Doctor Who’ will forever miss ‘Doctor Who’ because it doesn’t get any better.” We’ll see if that’s the case for Jodie Whittaker, who is exiting the franchise as the 13th Doctor. David Tennent, who was the 10th Doctor, will return as the 14th Doctor for a 60th anniversary special, before Ncuti Gatwa steps in as the 15th Doctor.

Ncuti Gatwa: 5 Things To Know About The ‘Sex Education’ Star Playing The 15th Doctor In ‘Doctor Who’