Mariah Carey says bullying was part of her childhood, opens up about not having a “normal” name 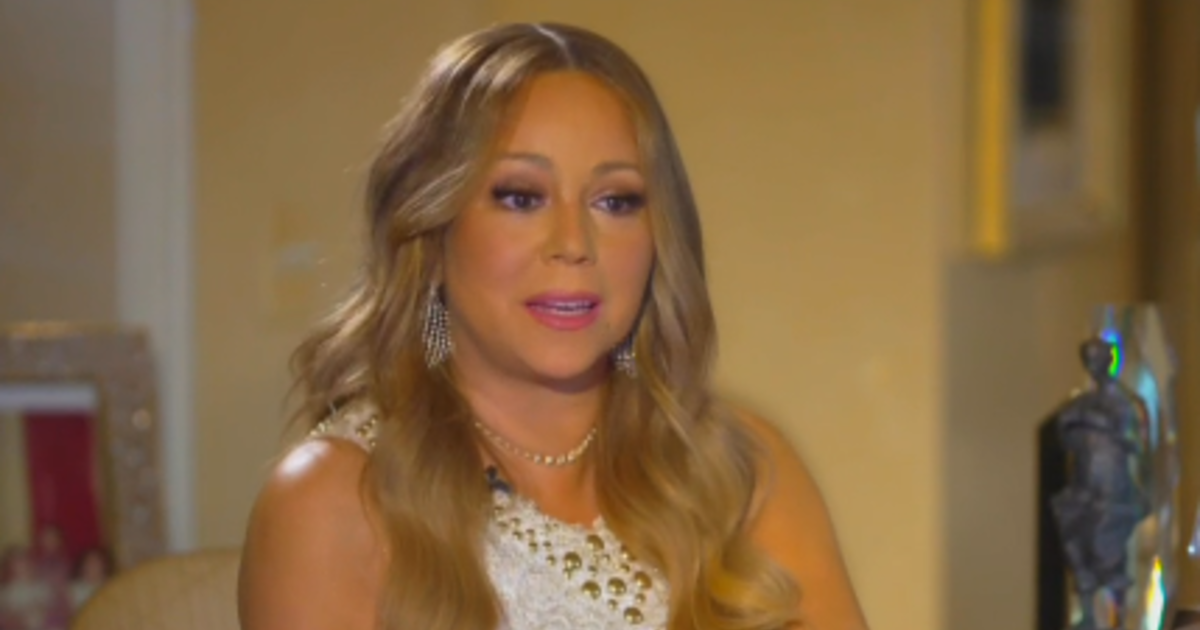 Award-winning singer-songwriter Mariah Carey recently sold out an upcoming show at Madison Square Garden. But she remembers times when she wasn’t quite as popular.

Her debut picture book, “The Christmas Princess,” features the theme of bullying, which she said was important because it was part of her childhood reality.

“And because I did not fit in with one specific group … because I wasn’t taught how to understand that I actually was okay to just be me,” Carey told CBS News.

The book, released November 1, begins with a letter to her younger self, who she calls “a wonderful, one-of-a-kind wonder.”

“I know you may not feel that way right now because you don’t have a ‘normal’ name like Katie or Julie,” the letter in the book reads, “and most people don’t even know how to pronounce Mariah (though it’s not even that hard).”

“I know a lot of people put you down because of your clothes, your house, and your hair, and try to make you feel ‘other.'”

“But I want to tell you this truth: no matter what things look like now, you are worthy and deserving of all the attention, love, protections, care, conditioner, and fancy dresses in the whole wide world,” it reads.

She added in the letter that “multitudes of people” will some day know her name and that little girls will actually be named after her, referencing times in her past when “Mariah” was mispronounced.

“You’d have a substitute teacher and they would come in, and they were taking attendance and everybody’s name was easy to pronounce, and mine was always a drama and I dreaded [it,]” she said. “It was that dreadful moment.”

The entertainer, dubbed by some as “the Queen of Christmas,” is returning to Madison Square Garden on December 13 and 16 this year for her newly announced show, “Merry Christmas to All.” The first night of the show sold out in an hour.

“I do need to take it in,” she said. “I’m doing a new couple of sections, things fans have been asking for that I haven’t performed yet.”

The show will be featured in another Christmas special titled “Mariah Carey: Merry Christmas to All” that will exclusively air on CBS on December 20.

Carey says Christmas time is “absolutely” her favorite of the year, and that her 11-year-old twins’ Monroe and Moroccan enjoy the holiday as well.

“They love it, too,” she said. “And they love, you know, the other times of the year that I try to make fun things happen. It’s all about me giving them what I really wanted, which was just to do all the things that the other kids got to do. So, I just want them to know that it’s special.”

Carey was inducted into the Songwriters Hall of Fame in 2020. She says writing music is “the greater gift.”

“I see myself as a songwriter first,” she said. “…Because it’s like hearing music and then being able to articulate it and create that. And I also love writing and being able to use it as a personal form of healing and expression.”

The author and musician over the years has also added another title to her career: “diva.”

“I thought it just meant fabulous,” she said, adding that she feels indifferent to the name.

“I understand it in the way it’s said, you know, in the context of what it is,” she said. “But if they’re like ‘diva Mariah Carey.’ I’m like, ‘Alright, whatever, yeah, great. That’s me,” she said.