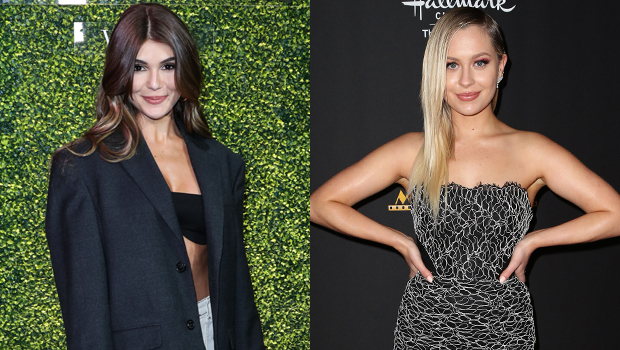 Full House fans rejoice! Aunt Becky and DJ Tanner’s daughters are good friends in real life! Candace Cameron-Bure’s daughter Natasha posted a TikTok with a surprise appearance from Lori Loughlin’s daughter Olivia Jade on Tuesday, November 1. Natasha, 24, was taking to the video-sharing site to promote her latest single “Her, Instead” when Olivia, 23, made a cameo, straight out of a sitcom.

❤️ Her, Instead out now

♬ Her, Instead – Natasha Bure

The video began with Natasha sitting centered on camera, as Olivia walked in the door. As Olivia entered, she lip-synced the song and dramatically mimed singing into a microphone, even dropping to her knees. Natasha smiled as she saw what her pal was doing but also began to laugh along. After Olivia was off frame, Natasha lip-synced along, and the Dancing With The Stars alum stood up and made her exit, while followed by a dog.

The singer, who looks so much like her mom, rocked a black, long-sleeve top, for the video. Olivia looked super casual in a pair of pajama pants and a white sweater. In text on-screen, Natasha asked her followers to check out her latest song, which is a heartwrenching ballad. “Go stream my new song ‘Her, Instead’ Ily,” she wrote.

It’s so sweet to see that Candace and Lori’s girls seem like such good friends, all these years after the two actresses co-starred on Full House. Aside from their moms being stars on the classic sitcom, both Olivia and Natasha have another thing in common: they both were featured on reality competition shows. Natasha was featured in season 11 of The Voice, where she performed gorgeous renditions of “Cry Me a River” by Justin Timberlake and “Can’t Help Falling In Love” by Elvis Presley. Olivia made her reality debut in 2021, as one of the celebrities featured on season 30 of Dancing With The Stars.

With both their moms starring in Full House and the Netflix reboot years later, both the young women have been open about how close they’ve been their whole lives. When Olivia was cast on DWTS, Natasha wished her luck and spoke about how they grew up together, like “sisters,” in an interview with UsWeekly. “I love her and I’m so proud of her, like, she’s killing it. I hope they go all the way,” she said. “It’s just, like, a fun, interesting dynamic too. When you both [have] one of your parents on a show together and then you’re the same age and you are friends. It’s super fun.”

Candace Cameron Bure’s Kids: Everything To Know About Her 3 Children