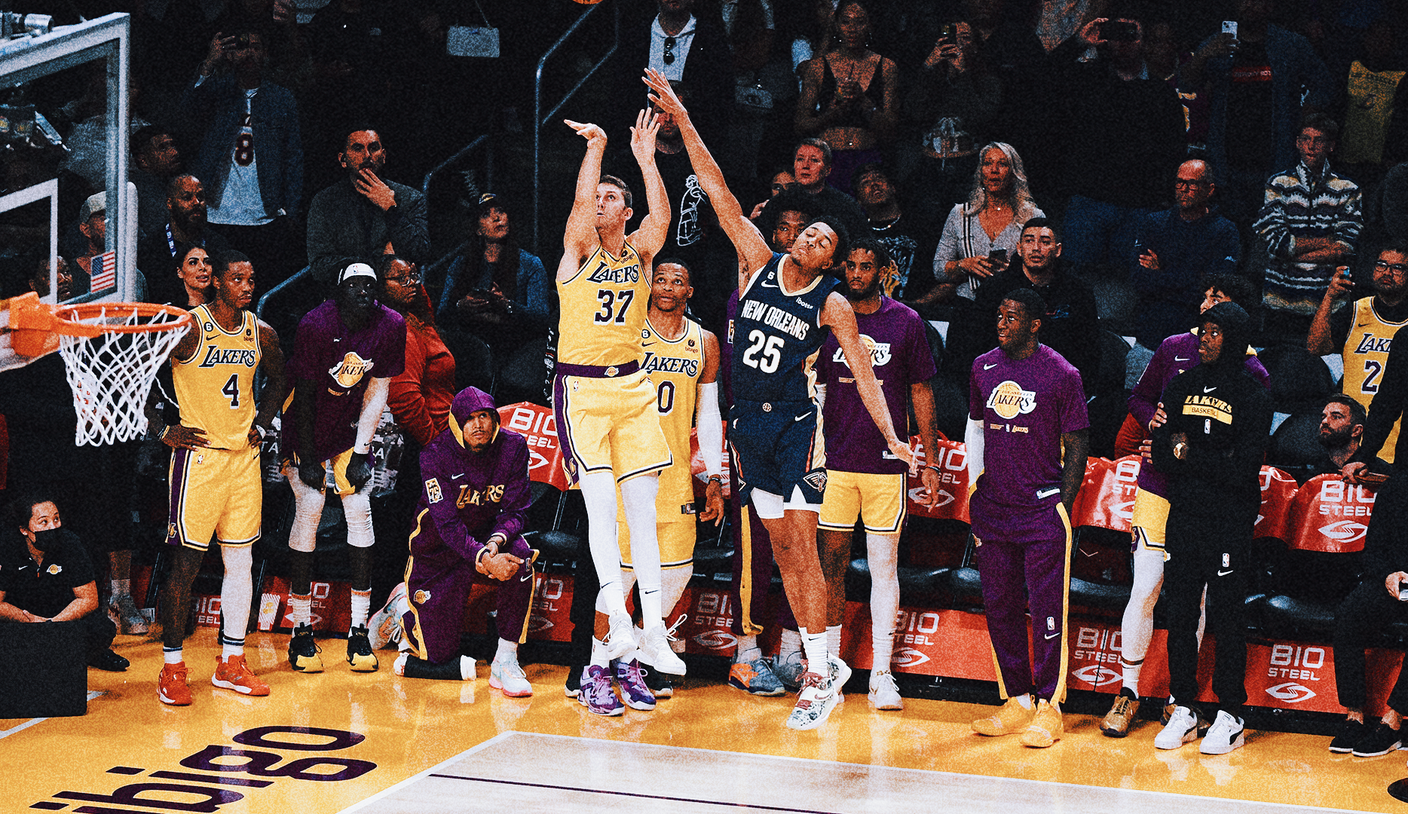 When typing “Matt Ryan” into a simple Google search, atop the list one will find countless photos and the Wikipedia page of the current Indianapolis Colts quarterback.

That all changed Wednesday night as Los Angeles Lakers forward Matt Ryan knocked down the biggest shot of his young NBA career.

With the Pelicans holding onto a 111-108 lead with 1.3 seconds remaining in the fourth quarter, Ryan hit an off-balanced 3-pointer off the inbounds pass to send the game to overtime. The Lakers won in overtime, 120-117.

“When LeBron [James] didn’t play, he [Ryan] couldn’t miss from three in the preseason,” Sharpe said. “He got a green light. That joker’s not afraid. That’s one thing. He’s gonna get the ball, oh he’s shooting it. Don’t even look to get a pass back, don’t even look to backdoor cut or anything. Matt Ryan gets the ball, he’s gonna shoot it. And the thing was his awareness because when he caught it, he looks down. ‘I gotta make sure I’m behind the line, make sure I’m not out of bounds’ cause a lot of things can happen.”

Ryan began his college career at Notre Dame, where he primarily came off the bench for two seasons. Then he redshirted one season at Vanderbilt, later starting for the Commodores in the 2018-19 season. Ryan then transferred and started at Chattanooga in the 2019-20 season, where he averaged 15.4 points per game. He shot a combined 36.3% from 3-point range across his college career.

Ryan went undrafted in the 2020 NBA Draft and took a DoorDash driving job during the 2020-21 season. He joined the Denver Nuggets‘ G-League affiliate last season and later appeared in one game for the Boston Celtics.

The Lakers signed Ryan in September, and he made the Lakers roster – and now rotation.

“It is such high degree of difficulty because think about this, you’re in the right corner and you are right-handed and you are falling to your right out of bounds cause you catch the pass going to your right,” Bayless said. “Do you realize there’s no angle? You have no angle. It’s going to be hard to drop the ball over the edge of the backboard because you got to shoot it over the edge of the backboard. You are shooting this from behind the basket. This is the ultimate horse shot that nobody could hit. If you did that to get an “E” on somebody, you won because nobody can hit a shot like that.

“He stuck one foot in the ground inbounds and nailed it, and then he mean-mugs all around the court. It didn’t just grease in the side: he flat-out swished it. What a shot. I fell off my chair.”

The Lakers have struggled mightily on the offensive end this season. They’re averaging 107.4 points per game (27th in NBA), while shooting 43.2% from the field (29th) and 26.7% from beyond the arc (30th). Anthony Davis (back) and Russell Westbrook (hamstring) have been in and out of the lineup due to injuries.

Outside of Ryan, second-year player Austin Reaves has been a reliable perimeter shooter, making 40% of his shot attempts from beyond the arc. Troy Brown has the next-highest shooting percentage from said distance among Lakers rotation players at 29.4%.

Get more from National Basketball Association Follow your favorites to get information about games, news and more