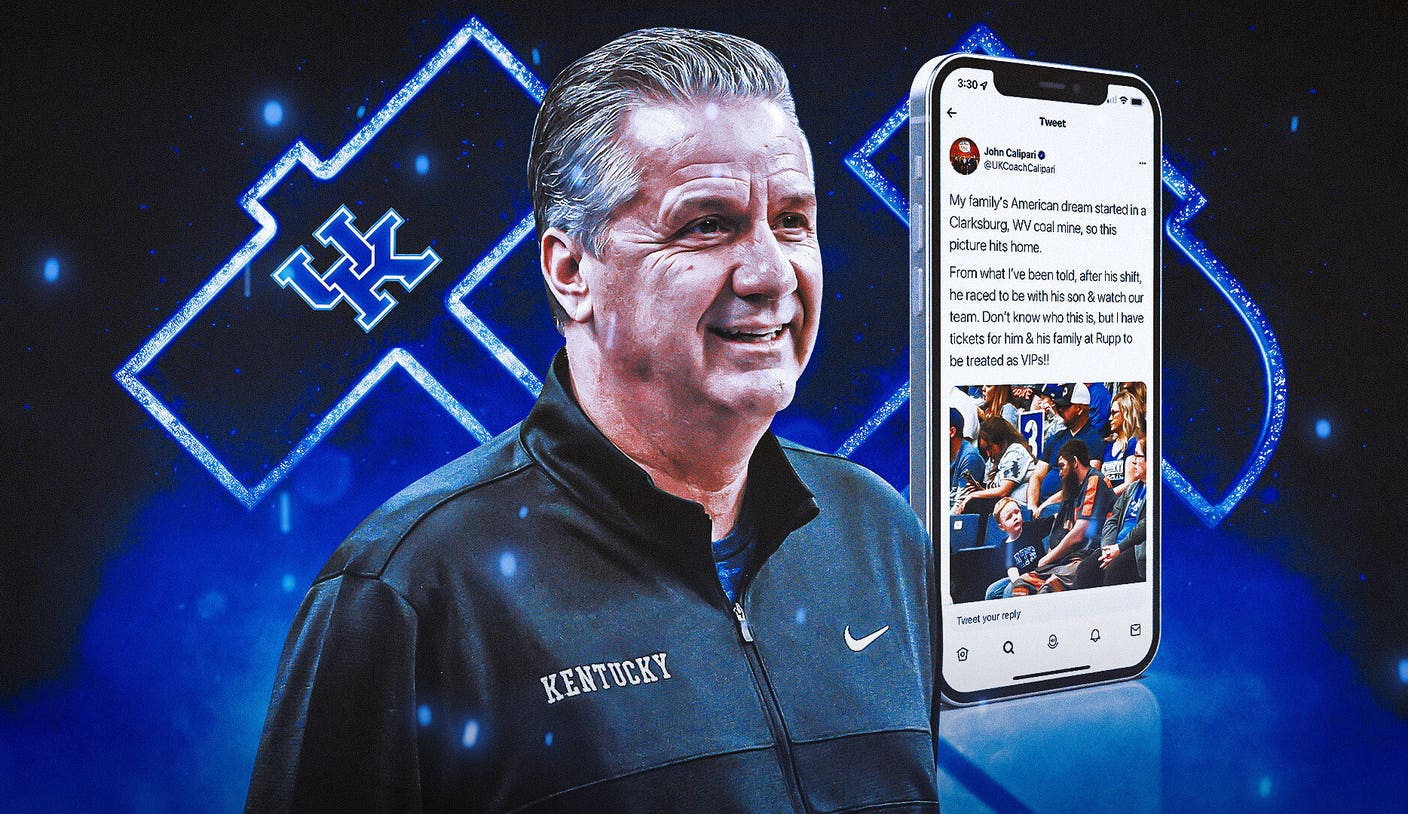 Pikeville, Kentucky, is a town of fewer than 8,000 people nestled in the eastern part of the state among the Appalachian mountains. Even though it sits nearly 150 miles from the Kentucky men’s basketball team’s home court at Rupp Arena in Lexington, Big Blue Nation remains strong in the area – especially with one devoted fan in particular.

When Kentucky announced it would play its annual Blue-White intrasquad scrimmage at Appalachian Wireless Arena in Pikeville as part of fundraising efforts for victims of recent flooding in the area, Micheal McGuire made sure to be there with his young son. Even if it meant showing up still covered in soot immediately after a long day at work in a mine shaft.

A picture of McGuire – still in his work clothes and with soot on his face and arms – sitting courtside with his son during Saturday’s scrimmage quickly went viral on social media. The image ended up getting noticed by the most prominent member of Kentucky basketball Twitter: Wildcats head coach John Calipari.

The photograph struck a chord with Calipari, whose grandfather once worked in a West Virginia coal mine. The legendary college basketball coach soon got in touch with McGuire and his wife, Mollie, sharing his family history with them and thanking them for their support.

Per The Athletic, Calipari not only offered the McGuire family courtside tickets to a future game at Rupp Arena but also for them to be his guests for dinner, a pregame shootaround and a meet-and-greet with the Kentucky players.

McGuire did not find out about Calipari’s offer Monday until he emerged from another day working in the mines several hours after the coach’s initial tweet. Mollie McGuire told The Athletic that the outpouring of kindness towards her husband in response to Calipari’s tweet moved her to tears.

Before their scrimmage, Calipari and his team spent the early part of their Saturday with the local University of Pikesville men’s basketball team helping those displaced by the flooding. They then raised $162,450 for Team EKY Flood Relief Fund and presented the charity with a check during the scrimmage in front of a packed arena.

On the court, Kentucky hopes to bounce back from a stunning loss to 15th-seeded Saint Peter’s in the first round of the 2022 NCAA Men’s Basketball Tournament. The Wildcats have high aspirations for the 2022-23 season, entering at No. 4 in the preseason AP poll. Wildcats star forward Oscar Tshiebwe is returning for the upcoming season after winning the Wooden Award given out to college basketball’s best player in 2021-22.

Get more from College Basketball Follow your favorites to get information about games, news and more