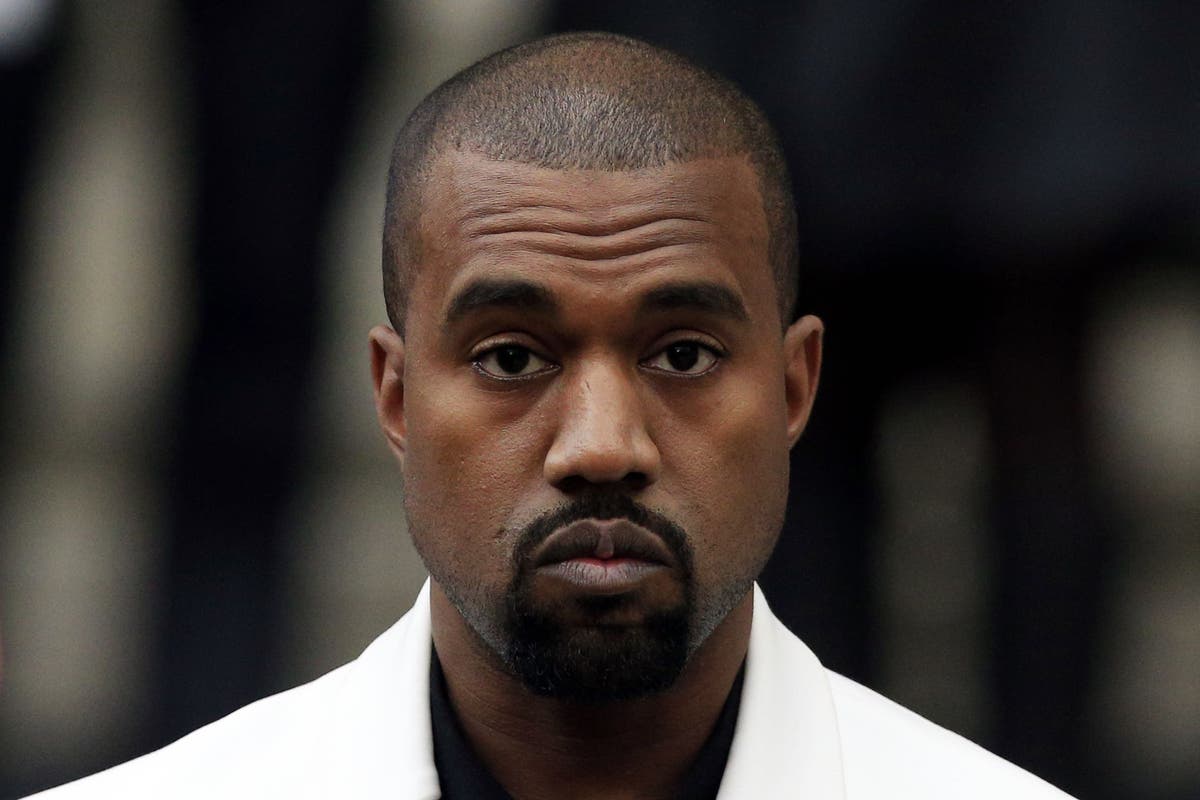 Sign up to our free US Evening Headlines email

A former executive who used to work with Kanye West is alleging that the rapper had an open “obsession” with Adolf Hitler and used to reminisce about the “great things” he and the Nazi Party did for Germany, CNN reported.

The executive, who spoke with CNN on condition of anonymity, told the outlet how West, who legally changed his name to Ye, once floated the idea of naming an album after the disgraced Nazi leader.

“He would praise Hitler by saying how incredible it was that he was able to accumulate so much power and would talk about all the great things he and the Nazi Party achieved for the German people,” the individual alleged in an interview with CNN.

Earlier in the day, Ye returned to his newly reinstated Instagram account after being locked out for sharing antisemitic remarks earlier this month on the social media platform.

The rapper posted a string of messages overnight on Thursday, name-dropping Endeavor CEO Ari Emmanuel and 50 Cent, among others.

He also reflected on the news that he “lost $2bn in one day” amid the outrage over his hateful comments, writing: “The money is not who I am. The people is who I am.”

ICYMI: Kanye West’s Essentials Playlist appears to have been removed from Apple Music.

The move comes as the rapper continued to face backlash after making a series of antisemitic remarks during interviews and on social media.

There has been no official statement by Apple Music on the development yet.

The model of the US rapper, who has legally changed his name to Ye, has been moved to an archive by the museum.

What Kanye West did: Explained

ICYMI: Kanye West is experiencing a backlash after making a series of antisemitic remarks during interviews and on social media.

The rapper, who has been involved in various controversies over the years, has been dropped by both Adidas and Balenciaga over the “hateful and dangerous” comments.

A number of fellow celebrities have also condemned his behaviour.

Isobel Lewis explains the latest controversy, his remarks, and the criticism around it:

ICYMI: The most-wanted Halloween costumes for Britons in 2022 include Kanye West, Batman and Stranger Things characters, according to a poll.

The research was commissioned by wine brand 19 Crimes.

Kanye West’s $2bn net worth doesn’t exist without Adidas. Is it finally over for him?

ICYMI: In recent days, a flood of companies have severed ties with Kanye West amid a whirlwind of controversy engulfing the 45-year-old rapper and fashion designer.

West stoked the backlash when he wore a White Lives Matter shirt to his Yeezy Season 9 show at Paris Fashion Week in early October.

Then on social media, West threatened to go “death con 3 on JEWISH PEOPLE,” before doubling down in a succession of antisemitic statements.

On Tuesday morning, Adidas became the latest company to join the exodus when it announced the end of its partnership with West. It marked what’s widely viewed as the largest financial blow to the rapper, who just days ago declared that the brand “can’t drop me”.

Forbes had estimated West’s net worth at $2bn with most of that wealth tied up in Yeezy, for which he earns an estimated $220m annually as part of his production deal with Adidas.

Here, The Independent’s Bevan Hurley breaks down what all these commercial partnership terminations and social media lockouts mean for the US rapper going forward.

ICYMI: Kanye West took to Instagram late Wednesday night, a move that he’d been unable to do for weeks since the social media platform locked him out of his account earlier this month for posting antisemitic remarks that broke with the company’s terms of service.

In the Instagram story and the accompanying post, West seemed to address the recent fallout with Adidas and Gap, two of the larger commercial partners who have terminated their business relationship with the rapper in recent weeks.

In one of the posts, West shared a purported screenshot of a text conversation with “Quinn Emmanuel,” referring likely to the rapper’s attorneys from Quinn Emanuel and Stradley Ronon who have previously worked for West on his partnership with Gap.

Attorneys from Quinn Emanuel, including chairman John Quinn, have represented Ye in past litigation, according to Bloomberg.

“As to adidas, you can start to make new designs for footwear, apparel and accessories immediately,” the text read. “As to Gap, the non-compete expires December, 15 2022.”

The text exchange also mentioned Yeezy empire, the supposed attorney in contact with Ye in the text exchange seeming to confirm that he maintains ownership over the brand.

“You own the Yeezy name and all trademarks associated with Yeezy,” the text concluded.

The brands that will no longer work with Kanye West

From Adidas to The RealReal, these are the companies that have cut ties with Kanye West following his remarks.

ICYMI: Skechers has revealed that Kanye West arrived at its company headquarters “unannounced” only one day after Adidas severed its partnership with the rapper.

“Ye arrived unannounced and without invitation at one of Skechers’ corporate offices in Los Angeles,” Skechers said in a statement on Wednesday.

“Considering Ye was engaged in unauthorized filming, two Skechers executives escorted him and his party from the building after a brief conversation.

Skechers is not considering and has no intention of working with West.”

Amber Raiken has the details:

“He would praise Hitler by saying how incredible it was that he was able to accumulate so much power,” a former executive told CNN.

Spotify CEO Daniel Ek has revealed the condition under which Kanye West’s music will be removed from the platform as an exodus of other high-profile brands have removed their association with the controversial rapper.

While Mr Ek acknowledged that the rapper’s antisemitic remarks were indeed “awful”, he also confirmed that the streaming giant would only remove songs by the artist if his label permits it.

“It’s really just his music, and his music doesn’t violate our policy,” Mr Ek told Reuters, adding: “It’s up to his label, if they want to take action or not.”