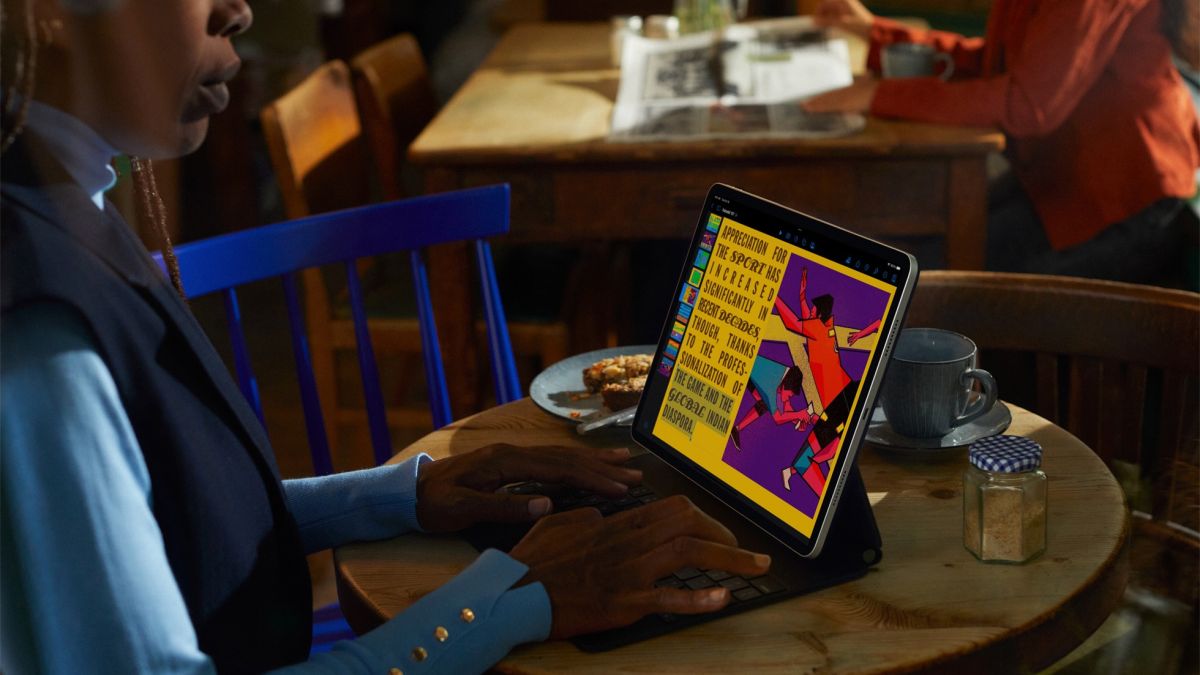 With the debut of the new iPad and bringing Stage Manager to the tablet, I have a growing suspicion that Apple has lost its direction on the device as a whole.

I remember when Steve Jobs unveiled the original iPad. He took the stage in the usual fashion and asked if, other than the iPhone and the Mac, there was room for a third device. Something that wouldn’t do the job of either, but be better than both with specific tasks.

Those tasks, in his mind, were browsing the web, reading, gaming, and enjoying entertainment like movies and television shows. Then, he unveiled the iPad, “the third device.” When it began, it was another tool in the iPhone and Mac arsenal, but a replacement for neither.

To Steve Jobs’ credit, he was right. The iPad, over the years, became that third device to millions of people. Reading books and magazines, browsing the web, and watching movies and TV shows were much more enjoyable on the iPad. With a screen larger than an iPhone but light enough to relax on the couch with, it became a perfect leisure device to kick back with.

Over the years, Apple found other things that the iPad was better for as well, specifically in the area of art. With the introduction of the Apple Pencil, it became a fantastic tool for artists. It was another area where the third device served a purpose it was better suited for than the iPhone or the Mac.

Of course, Apple added some productivity features over the years as well. They brought Split View and Slide Over to the device, enabling you to work across two apps at the same time or check in on some apps without having to take yourself out of the one you were currently working in.

While they introduced new levels of complexity, these were still features that benefited all users and maintained the purpose of the iPad as a device for specific tasks. Anyone might want to watch YouTube while browsing the web or check in on a text message while they were reading a book — these features just made doing all of that a little easier.

Apple jumped the shark with the 10th-generation iPad

Now, the iPad doesn’t really know what it should be.

The first sign of this was Apple’s focus to increase the productivity side of the iPad’s focus. They did this with the Magic Keyboard, Stage Manager, and the 10th-generation iPad.

The Magic Keyboard told us where things were going

In a bubble, the Magic Keyboard is a great device that, for anyone who wants to type (and type at night) on their iPad, is perfect. It made the iPad better for writers and also people who wanted to do some basic productivity on the device like answering emails, typing up a document, or messaging with friends. But, as time went on, it was clear Apple made it with bigger aspirations for the iPad itself as a productivity-focused machine.

Okay, let’s talk Stage Manager. I personally love Stage Manager and have argued that, for the Mac, it’s the focus mode I’ve been waiting for. However, on the iPad, it’s bad. I’m not even concerned about the bugs. Those can be worked out, but what can’t is the end result: it doesn’t make sense on the iPad. This feature takes the iPad and attempts to turn it into a Mac which, as anyone who has tried it found out, does not work.

On the Mac, it cleans up your desktop and you still have enough real estate on the screen to run apps in full size. On the iPad (especially the 10.9-inch iPad Air or 11-inch iPad Pro, that is not the case. Apps regularly adapt their UI and UX to a more iPhone-like experience, even when you run them at the largest size possible in the mode. And, even if you accomplish to get an app running full-size, the screen real-estate on those iPads made the experience too small to enjoy.

The 10th-generation iPad is a mess

The 10th-generation iPad solidified, at least for me, that Apple has truly lost its way with the device. It was almost universal from the tech community that the new base model iPad was, for lack of a better word, weird.

The new iPad, despite a redesign that matches that of the new iPad Air, doesn’t work with the Magic Keyboard or 2nd-generation Apple Pencil. To compensate, Apple created an entirely new Magic Keyboard Folio that has also been met with mixed reviews. It also now requires users to purchase an adapter that makes the already bad Apple Pencil charging experience for the base model iPad even worse.

To top it all off, Apple increased the price of the base model iPad to $449, a 36% increase from the previous generation. With the Magic Keyboard Folio and Apple Pencil, a complete base model iPad setup will now run people $800. That’s insane.

The iPad needs to stick with its roots

Apple’s moves over the last year with the iPad show that the company is really struggling to figure out the future of the device. It’s indicative of a group that is looking to maintain growth by increasing the functionality or price points but, in doing so, is losing the vision of what the iPad is.

Steve Jobs announced the iPad on January 27, 2010. Despite being almost thirteen years old at this point, the things that he set out as the best tasks for the iPad still reign true. I still pick up my iPad as the default device for reading books and magazines through Apple News Plus and Apple Books, watching YouTube, and browsing the web through Safari.

I do enjoy using the Magic Keyboard with my iPad Air to do some writing if I’m on a plane or in a coffee shop but, other than that, my Mac is still my go-to device for productivity. Not only because of the larger screen and form factor of a laptop but because the operating system was built for it.

None of this isn’t to say that Apple shouldn’t innovate on the iPad. It has before and should continue to do so. But it should do so in ways that simplify, not complicate, what the purpose of the iPad is.

The iPad is the third device, and Apple needs to remember that.