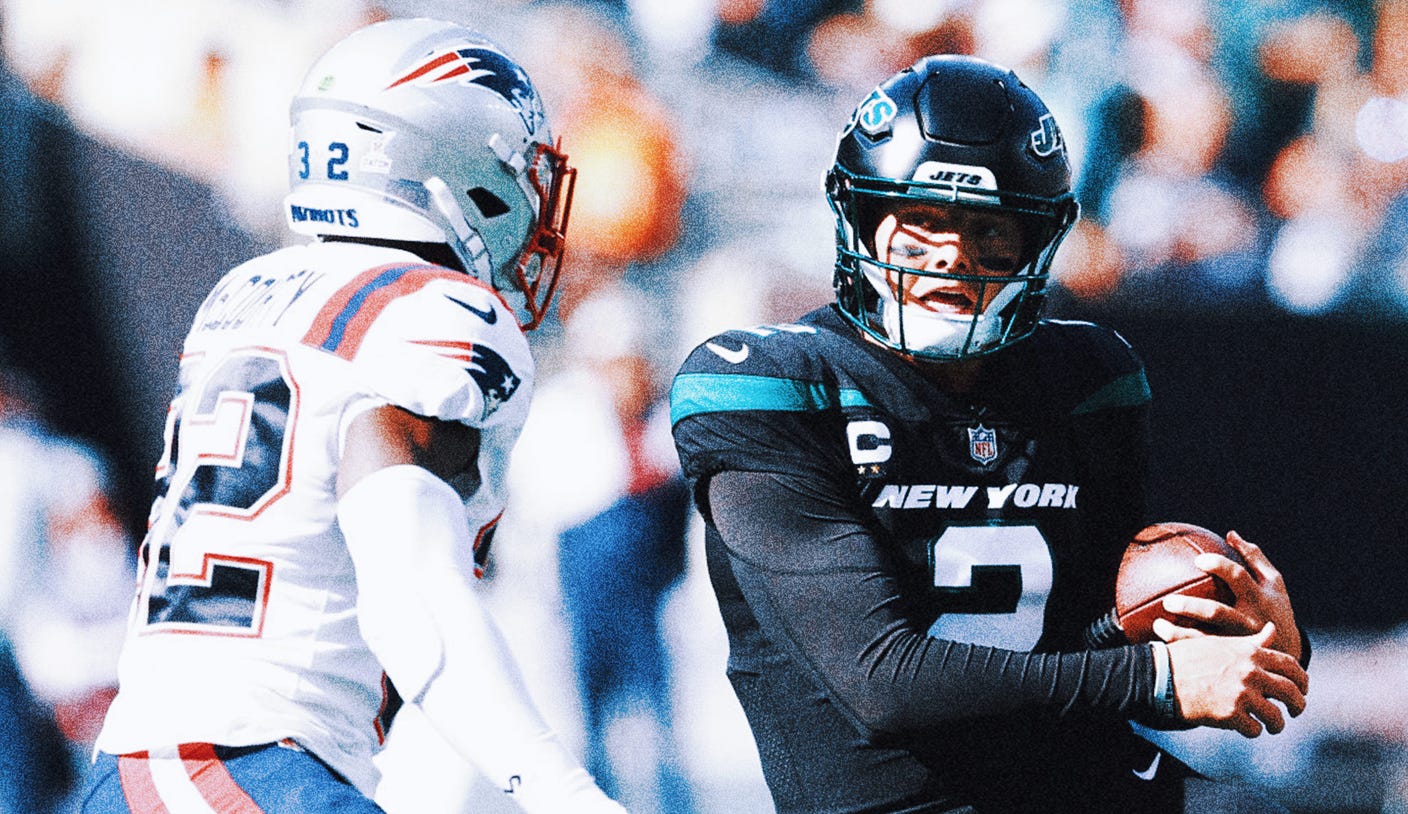 East Rutherford, N.J. — This was not a quarterback duel. But nobody expected one, right?

The New England Patriots defeated the New York Jets 22-17 Sunday at MetLife Stadium. And New England’s defense and special teams dictated the outcome of this game — with some egregiously bad decision-making from Zach Wilson sprinkled in.

Because while Mac Jones wasn’t brilliant, Wilson was dreadful, tossing up three interceptions after throwing only two in his previous four games this season. The young quarterback could not change the script. Bill Belichick owns Wilson. The Jets QB is now 0-3 as a starter against Belichick. Wilson has thrown two touchdowns and seven interceptions in the three games.

In Wilson’s first matchup against the Patriots last year, he threw four interceptions. In the second matchup, Wilson left the game in the second quarter with a knee injury and threw no interceptions or touchdowns. In this game, he finished with his first and second passing touchdowns against Belichick — but the three interceptions were what stung.

Wilson’s first error came right at the end of an otherwise strong first half. He failed to set his feet and aired a ball over the head of his intended target, running back Ty Johnson. Patriots linebacker Ja’Whaun Bentley fielded the pass easily for an interception.

In the second half, Wilson went off the rails. On his second interception in the third quarter, he looked like — maybe — he was trying to throw the ball away down the right sideline. It’s not totally clear. But the throw was horrendous and an easy interception for Patriots safety Devin McCourty. Tight end Tyler Conklin was the only Jet who was remotely close to the play. It was a pass where Wilson needed to use his rocket arm to get the ball successfully out of bounds.

It didn’t get any less troubling for the Jets. Seven plays into the following series, Wilson threw another interception. And again, it came on a play when he should have thrown the ball out of bounds. In this case, he did seem to have an intended target. But that didn’t make it any less of an egregious mistake. Wilson flipped the ball out to Conklin, who had four defenders in the area, including McCourty. The ball sailed five yards past Conklin and into the arms of McCourty.

Wilson did lead a successful fourth-quarter drive that brought the Jets within one possession, but it was too little too late. New York couldn’t recover an onside kick following Wilson’s fourth-quarter touchdown to Conklin. That essentially ended the game, with Jones kneeing the ball three times to kill the clock.

New England won’t walk away from the game with its nose in the air, however. The Patriots have plenty of problems to sort out, namely on offense. Jones had another brutal game. He was 24-of-35 for 194 yards with one touchdown and one interception.

He completed a fourth-down conversion in the red zone for a touchdown — that was his best moment of the day. He found Jakobi Meyers on a quick pass and the receiver, who got open out of the slot on an out-route, found the end zone. That play showed the Patriots were willing to trust Jones in his first complete outing since his ankle injury in Week 3.

In gotta-have-it moments on third and fourth down, New England repeatedly made use of empty formations. The Patriots were fully committed to throwing the ball — and therefore fully committed to Jones as their quarterback. At least, that’s the message that I interpreted after Jones and backup Bailey Zappe were entrenched in a clumsily handled quarterback controversy for a few weeks.

But let’s talk about Jones’ sacks. He took six in total, with blame due for the quarterback and his offensive line. New England clearly wasn’t happy with how the line played in pass protection. The Patriots tried Isaiah Wynn at both right tackle and left guard, where he took the place of Cole Strange and Marcus Cannon. None of those offensive linemen had good days.