Chrome for Android launches feature to help users lock incognito session. 2 other stories and a trivia 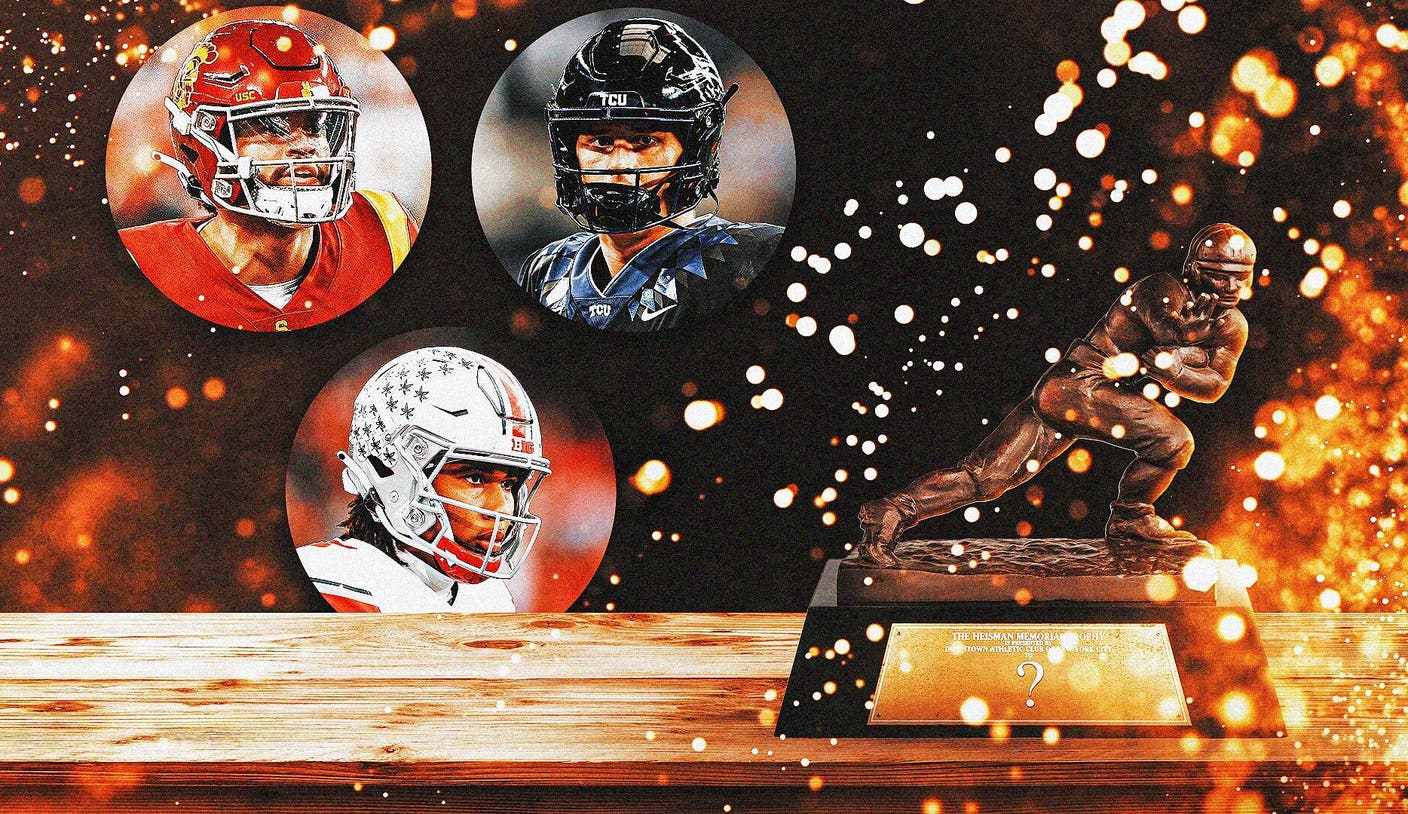 Ballots are due Monday and the votes will soon be tallied. In one week, the 2022 Heisman Trophy winner will be revealed. Only a few contenders, all of whom are quarterbacks, remain in a race that was wide-open for most of the season. And with championship week now complete, the most outstanding player in college football might already be apparent.

A limited slate meant just three players under consideration for the award had an opportunity to make a final impression. Dark horse Stetson Bennett perhaps made the biggest statement Saturday, leading No. 1 Georgia to a blowout win over LSU in the SEC title game. USC‘s Caleb Williams and TCU‘s Max Duggan each turned in gritty performances that ultimately resulted in defeat. Ohio State‘s C.J. Stroud was idle.

Here’s a deeper look at how the leading Heisman candidates fared this weekend and where they stand.

Williams had the Heisman Trophy all but locked up heading into Friday’s Pac-12 Championship Game. Will he remain the heavy favorite following an injury-riddled showing in USC’s decisive loss to Utah? Williams and the Trojans weren’t the same after the sophomore QB injured his hamstring in the first half, turning a 14-point lead into a 23-point defeat. That undoubtedly knocked USC out of the College Football Playoff. What impact it has on Williams’ Heisman case isn’t as clear. He still finished 28-of-41 passing for 363 yards and three touchdowns, but he took seven sacks and committed turnovers on consecutive possessions in the fourth quarter that doomed the Trojans’ comeback chances.

From a statistical standpoint, it’s hard to argue against Williams winning college football’s most prestigious award. He’s thrown for 4,075 yards, run for 372 and accounted for a school-record 47 touchdowns (37 passing, 10 rushing) with just five turnovers. The Oklahoma transfer had a five-game stretch from Oct. 29-Nov. 26 where he averaged 371.4 total yards and more than four touchdowns per game, all of which resulted in victories. Will that be enough to secure USC’s eighth Heisman Trophy?

Duggan delivered a Heisman moment during Saturday’s Big 12 Championship Game against Kansas State. Trailing by eight in the final minutes of the fourth quarter, the scrappy QB led the Horned Frogs on a game-tying drive that saw him run for 95 yards — including a fourth-down conversion, a 40-yard scamper and a touchdown run. Duggan was noticeably gassed after the score but gathered himself just enough to complete a two-point conversion to tie the score. His Heisman case could have gained even more steam had he not been stopped one yard short in overtime, and had TCU not lost, but Duggan’s overall effort Saturday should increase his vote count. He finished with 251 passing yards, 110 rushing yards and two touchdowns.

There might not be a more improbable story from this college football campaign than Duggan’s rise. He began the season as TCU’s backup quarterback before relieving an injured Chandler Morris in Week 1. From there, Duggan and the Horned Frogs never looked back. The senior QB led them to an undefeated regular season with wins against five ranked opponents. Duggan comes out of this weekend with 3,321 passing yards, 30 touchdown passes and four interceptions to go along with 404 rushing yards and six rushing TDs. That probably won’t be enough to usurp Williams, but it’s still extremely impressive and certainly warrants being a finalist.

Stroud is in a unique situation compared to his counterparts on this list, as he is the only player not to participate in a conference championship game. The lasting memory voters will have when it comes to Stroud is his 349-yard, two–touchdown, two-interception outing in the Buckeyes’ 45-32 loss to Michigan on Nov. 26 at the ‘Shoe.

The 2021 finalist was the Heisman betting favorite throughout the majority of the season, but his uneven play in November coupled with a late surge from Williams likely flipped the race. Over 12 games, Stroud compiled 3,340 yards, 37 TDs with six interceptions. It would be as big of a surprise for him not to be invited to New York for the Dec. 10 ceremonies as it would be for him to win the award. The last time a Heisman winner didn’t play in his conference’s championship game was in 2016, when Lamar Jackson won the award playing for a Louisville team that went 9-3 in the regular season.

The sixth-year senior closed out 2022 on a high note, completing 23 of 29 passes for 274 yards and four touchdowns in the SEC title game. All four scores came in the first half of the Bulldogs’ rout against LSU. It was arguably Bennett’s best performance since the opener against Oregon, when he tallied 368 passing yards and three TDs. For the eighth time this season, he was not sacked.

Bennett has thrown for 3,425 yards and 20 TDs with six interceptions and seven rushing TDs. His modest numbers aren’t buttressed by any Heisman moments, either. In the only two games Georgia won by 10 or less (at Kentucky and Missouri), Bennett wasn’t responsible for a TD. There was a time when the top producer on the best team would be a front-runner in the Heisman race. That voting trend seems to have dissolved, though Bennett’s profile could earn him a trip to NYC.