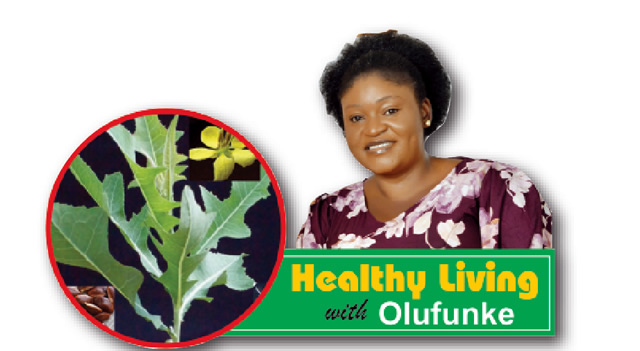 My two-year and six-month-old outspoken niece, Mojoyinoluwa Oladejo, threw the whole family into panic over a week ago. Her father bought a head of bush meat and the whole family ate it. According to her mother, my sister, she woke up in the middle of the night and started crying. She held her stomach and complained of stomach pain. She also kept saying, “Akata’s head is in my stomach.” (Akata is the name she gave the animal).They rushed her to the hospital and after some injections were administered on her, they were told to take her to another hospital. At this point, my sister said she started crying because she felt it was poison.

At the second hospital, her blood sample was taken but the results showed nothing was wrong with her! Obviously, she might have dreamt about the bush meat head she ate during the day. This incident opened my eyes to the fact that when picturing health, our mind goes directly only to physical health, however, emotions also play a strong role in wellbeing. Our bodies often express what our minds cannot handle. Emotional pain often feels as strong as physical pain and at times can even cause symptoms of pain throughout the body. How emotionally healthy are you? Please, seek professional help.

I will talk about Chia seed this week. It is the edible seeds of Salvia hispanica, a flowering plant in the mint family Lamiaceae.Originating in Mexico and dating back to the Mayan and Aztec cultures. It is believed that Aztec warriors consumed it for endurance. According to popular legend, one spoonful of chia seeds could sustain them for 24 hours. In the Mayan language, ‘chia’ means strength.

They are packed with essential omega-3 fatty acids, dietary fiber, protein and antioxidants. The seeds provide high amounts of many minerals such as manganese, phosphorus, copper, selenium, iron, magnesium and calcium but are a poor source of vitamins. These nutrients give it a range of benefits such as boosting weight loss to controlling blood sugar levels. They also support bone and tooth health, boost metabolism and reduce inflammation.

Chia seeds contain both insoluble and soluble fiber. In fact, more than 80 per cent of its carb content is in the form of fiber which may be fermented in your gut, promoting the formation of short-chain fatty acids improving colon health. It improves heart health and reduces cholesterol levels. Chia seeds and their oil contain a large number of natural antioxidants such as tocopherols, phytosterols, carotenoids and polyphenolic compounds. Fiber takes longer to digest and makes you feel satisfied longer which is how it can help with weight loss and decrease your risk of developing diabetes or heart disease. A gel forms around the seed when mixed with liquid and this gives chia beverages their distinctive texture. It can absorb up to 12 times their weight in liquid which makes them useful in keeping baked goods moist.

Chia seeds contain 19 per cent protein — a similar amount to other seeds but more than most cereals and grains. Notably, these seeds offer all nine essential amino acids and are thus a high quality plant-based protein. Chia seed is a potential source of antioxidants with the presence of chlorogenic acid, caffeic acid, myricetin, quercetin and kaempferol which are believed to have cardiac, hepatic protective effects, anti-ageing and anti-carcinogenic characteristics. In the food industry, it can be used in different forms: as the whole seed, ground, in the form of flour, oil and gel. One of the unique characteristics of chia seeds is their high content of heart-healthy omega-3 fatty acids. About 75 per cent of the fats in chia seeds consist of the omega-3 alpha-linolenic acid, while about 20 per cent consist of Omega-6 fatty acids. In fact, chia seeds are the best known plant-based source of omega-3 fatty acids — even better than flaxseed. Chia oil is one of the most valuable oils in the market today. It can be added or mixed into biscuits, pasta, cereals and cakes as supplements. Due to their hydrophilic properties, chia seeds can be used as substitutes for eggs and fat. They are also fantastically helpful when it comes to fertility because they are full to the brim with all sorts of nutrients critical for fertility health such as Omega 3 essential fatty acids.

Some of its benefits:

Loaded with antioxidants: Chia seeds are also an excellent source of antioxidants. Antioxidants not only protect the sensitive fats in chia seeds from going rancid but also benefit human health by neutralising reactive molecules known as free radicals which can damage cell compounds if they build up in your body. For example, free radical damage contributes to aging and diseases such as cancer. The specific antioxidants in chia seeds include chlorogenic acid, caffeic acid, myricetin, quercetin and kaempferol. These may all have protective effects on your heart and liver as well as anticancer properties. For example, chlorogenic acid may help lower blood pressure, while caffeic acid has anti-inflammatory effects.

In a review titled, “The chemical composition and nutritional value of chia seeds—current state of knowledge,’’ by Bartosz Kulczynski et al, in conclusion, chia seeds (Salvia hispanica) are a valuable raw material whose technological properties and health-promoting properties can be widely used in the food industry.

In a study titled, “Neuroprotective effect of chia seed oil nanoemulsion against rotenone induced motor impairment and oxidative stress in mice model of Parkinson’s disease,’’ by Geetha et al, the results suggest that the oral bioavailability of CSO (Chia seed oil) was escalated by its conversion to nanoform, thus imparting greater neuroprotection.

You can soak chia seeds in water overnight as this maximises the benefits. If you are in a hurry, you can simply swish the seeds and water in a jar for about five minutes. Let it sit for about 10 minutes and you will see a gel-like consistency. It can be added to your smoothies or protein shakes as a base. They can be eaten raw, soaked in juice or added to oatmeal, pudding and baked goods. You can also sprinkle them on top of cereal, yogurt, vegetables or rice dishes. You can also grind the seeds into fine powder if you want to use it as a thickener.