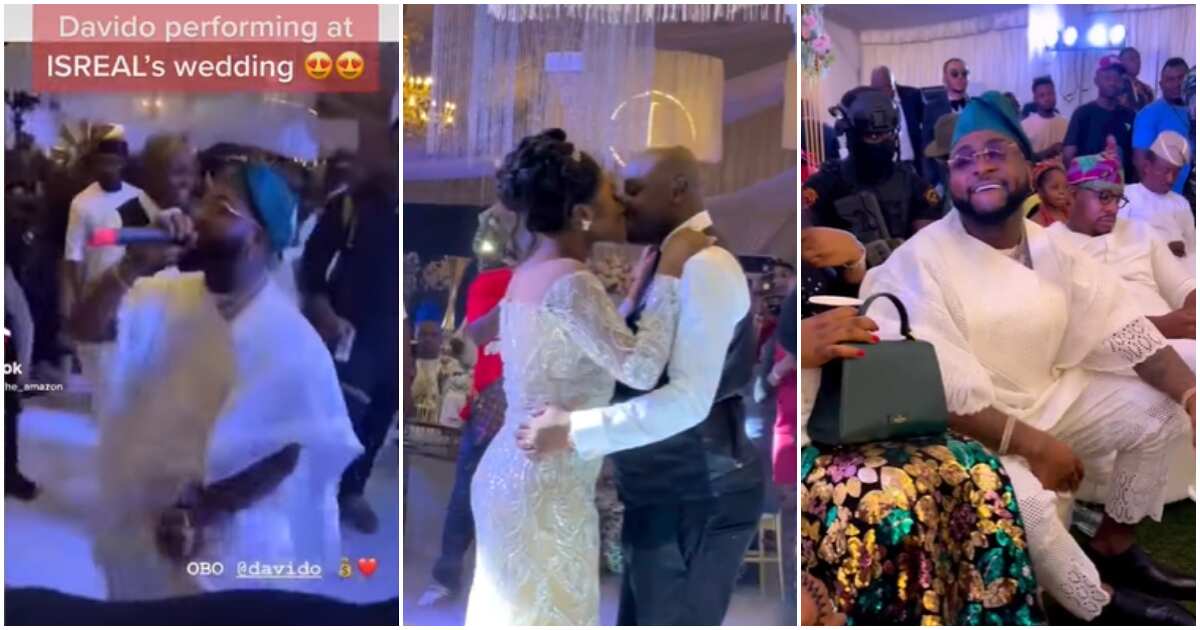 One of the highlights of Isreal DMW’s wedding so far was when his boss, Davido, went on stage to perform live for him and his newly wedded bride.

“Isreal really cash out for this wedding o”: Reactions as Poco Lee rains money on Davido’s PA on his big day

In a viral clip, Isreal was seen getting emotional as his boss performed at his wedding.

While in another video, Juju, in his funny way, couldn’t help but crack people up as he tried to kiss his bride.

See the video of Davido performing at Isreal DMW’s wedding below:

See the moment Isreal DMW tried to kiss his bride that got people laughing:

See how netizens reacted to the video of David performing at Isreal DMW’s wedding:

“Davido is that Boss we all crave to have weldone God bless you, Davido. Congratulations, Mr and Mrs Isreal.”

“This is beautiful to watch God bless OBO.”

“Davido is humane…a true friend…forget his shortcomings…if u have him as a friend u r blessed.” 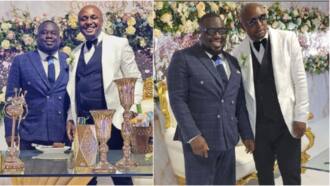 “I will give N500k-N1m reward:” Soso Soberekon pleads as he misplaced his phone at Isweal DMW wedding in Benin

“This guy is just so selfless.”

“Is good to be in the right company.”

“Awww you need to see me smiling like mumu love is beautiful ah swear.”

Juju, as he is fondly called, landed himself a beautiful woman, Sheila and photos of her in her white church wedding outfit got Nigerians gushing over her.

Isreal was also sighted in the video shared by his wife’s makeup artiste in a white suit and dark shades, lovingly holding his woman.