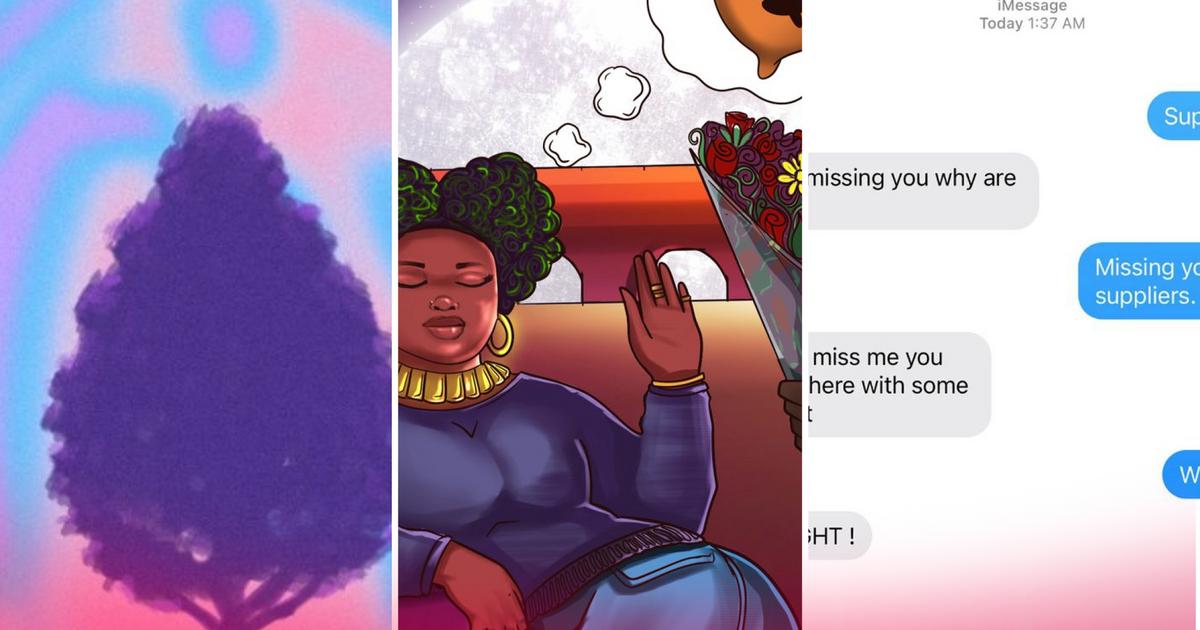 Pulse Nigeria aims to highlight upcoming musicians whose sounds should rule the future with her Future Sounds playlist.

Puppatiya, a Nigerian pop singer, music producer, and performer born Heskey Nwadike, takes the bold step of releasing his debut single after years of working behind the scenes producing for the likes of Dandizzy, Kaestyle, and Kemuel.

‘Distance,’ an afro-swing tune with essential pop elements, is a groovy single with Afrocentric melodies to capture Puppatiya’s state of mind. In an attempt to bridge the gap between them, he could be heard singing to his lover.

Puppatiya breathes new life into the music scene with melodies as sweet as candy and harmonies as soft as snow, absorbing his experiences as a young talent hustling his way through the industry.

1UCID, the enigmatic singer-songwriter and producer, returns with his sophomore single, ‘It’s Giving,’ as a build up and anticipation for his upcoming debut album.

Recognizing his artistry and ability to create music, 1UCID made the transition from behind-the-scenes to artiste. And on August 12, 2022, he released his first single, ‘Miss You.’

The popular phrase peculiar to the Urban community used as a term to describe a situation or something out of the ordinary inspired 1UCID’s new music release, ‘It’s Giving,’ produced and engineered by O-banga.

Born Kwadwo J Bedihene, 1UCID is a successful entrepreneur who has co-founded companies in the United States such as Ray Styles Studios, Inc., Heuristic Lifestyles LLC, and Uvolox LLC.

Lade, born Omolade Oyetundun Rachael, releases this harmony titled ‘All The Way’ as one of her 2022 records, which her rapidly growing fanbase and the music community at large will appreciate. The song features mind-blowing lyrics and rhythms, as well as production by AYK Beats.

All The Way is Lade’s second single since gaining popularity with her outstanding song, Adulthood Anthem (Adulthood Na Scam). Lade recently appeared on Goya Menor’s latest production, Grace, where she once again demonstrated her natural talent to the audience.

George Chuka Nwanze, also known as Boi George aka ‘Stereokiller,’ is a Lagos-based singer-songwriter who represents Festac town. He has a Bachelor’s degree in Mass Communication from Tenstrings Music Institute in Lagos, as well as diplomas in Cinematography and Music Business.

Growing up as the youngest of two siblings, he was heavily influenced by local and international movies, as well as popular culture from decades before him.

‘Boju Boju’ is one of the singles from his upcoming EP, ‘Too Fast For Love,’ which will be released next week.

Mephyz, who is fiercely rooted in Afrobeats and its more subtle fusions, has successfully carved out a niche for himself in the genre and, ultimately, the industry. Born Amie Kingsley Semenibika in Port Harcourt, Rivers State, Nigeria, into a non-musical family, he developed an interest in music during his secondary education and went on to pursue a career.

Molly Ama Montgomery is a Ghanaian-American singer and songwriter who goes by the stage name Moliy. She rose to prominence after appearing with Kali Uchis on Amaarae 2020’s Sad Gurlz Luv Money remix, which debuted at number 80 on the US Billboard Hot 100.

‘Body On Fire,’ the featured song, is from her recently released project ‘Honey Doom.’

The talented crooner delves into his versatility in this remarkable body of work to deliver five melodious tunes that will keep a listener grooving.

‘Blessing‘ is one of the project’s singles.

The self-produced track “Hallelu” will be the first single from his upcoming EP; the mid-tempo pleasant tune will get your body moving from the very first moment.

‘Oh Baby’ is a fantastic song that should be on your Playlist. However, it is Dapo Tuburna’s most recent single for the year 2022.

Finally, Dapo Tuburna enlisted the help of Quebeat to produce the song.

Africaine, a Nigerian Afro R&B singer based in the United States, has released a groovy and hypnotic new single titled ‘How Far.’ The sensual track combines afrobeats and jazz elements to create a hazy creation that highlights Africaine’s smooth vocal delivery. Get into the above jam; you’ll have it on repeat.