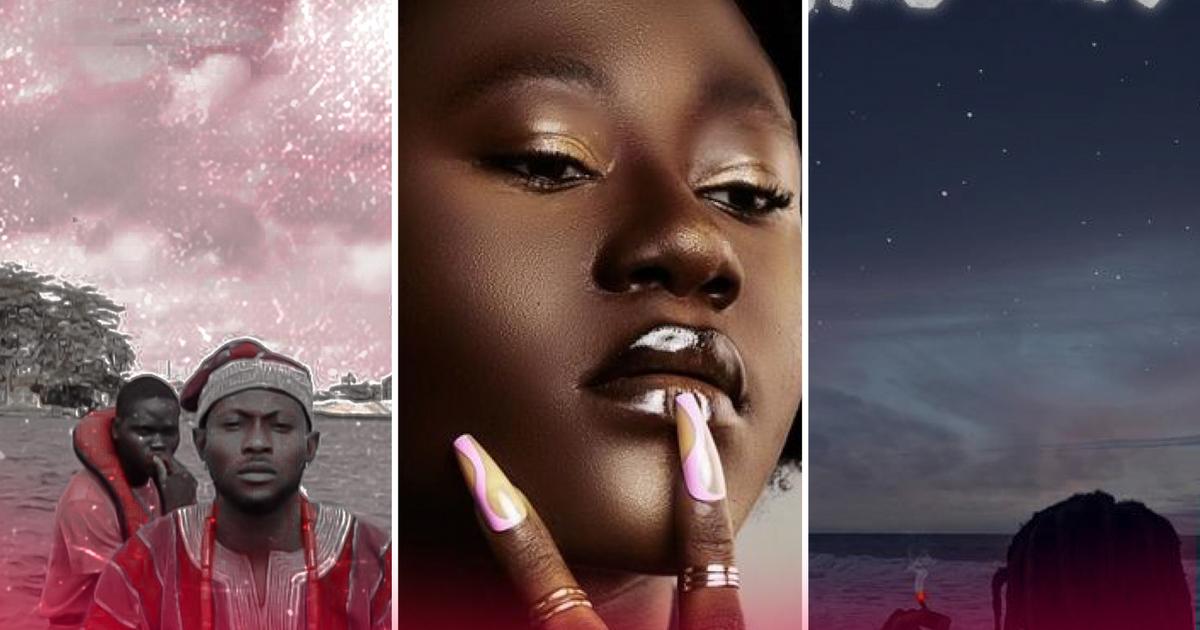 With her Future Sounds playlist, Pulse Nigeria attempts to highlight up-and-coming musicians whose sounds should control the future.

After releasing his debut EP, ‘Rare Gem,‘ in 2022, Ninety, whose exceptional talent drew thousands of fans to his world, continues to unfold never-before-heard melodies in his new single, ‘Smoke and Chill.’

The Nigerian singer, songwriter, and performer teams up with producer Egar Boi on an anti-stress anthem. The soothing vocals of Ninety are complemented by a groovy instrumental on the slow-tempo song. Ninety sings about life, his struggle to build an empire, and how he copes by ‘smokin and chillin’ with relatable lyrics, addictive melodies, and heart-stirring harmony.

Julysingsong, a recording artist from Nigeria’s Anambra state, is quickly becoming one of the continent’s favorite underground musicians.

He returns with a new highlife-infused Afropop song titled ‘Eyin.’

Aisé Maryah, born Sandra Samson, is a 19-year-old singer-songwriter who debuted in the Nigerian music industry on 1st July, 2021 with “Fool For U” and followed up with her sophomore single “Wish” in September, 2021.

She’s always had a soft spot for the Nigerian music scene. After finishing her secondary education, the 19-year-old singer began to compose songs and upload them to her Instagram feed, gaining a cult following of music fans who were obviously taken aback by the fact that she was thriving as an artiste in such a volatile environment.

Following a two-year hiatus, the song captures the rising star’s Nigerian and American roots while seamlessly incorporating her smooth R’n’B sound. Dami is known for being open, honest, and expressive in her music, and she uses her voice to communicate words she struggles to say out loud, which adds to her relatability as an artist and as a person. Dami’s vocals effortlessly jump between soft percussive elements and synth-led samples on ‘Soft Life,’ offering a masterclass in modern production technique while enveloping it in the organic, timeless quality Dami has made her own, garnering a rapidly growing fan base in the process.

Yimeeka, a talented music diva, delivers this excellent euphony titled Smooth Criminal, as she enlists the help of Nigerian Afrobeat music sensation and producer, Pheelz, to make the song a reality. Both music entertainers performed admirably in this catalogue, capturing the minds of all pop music listeners in the year 2022.

Yimeeka is a music producer, singer, songwriter, and sound designer from Nigeria. Her music career began when she was 12 years old in high school and will continue professionally in 2020, so collaborating with Pheelz is the right medicine for a great airing. Smooth Criminal is a beautiful and soothing song to the heart.

Rapid growth Doski, a Nigerian afrobeats singer and songwriter, collaborates with Zinoleesky, the rave of the moment, on his latest single titled Next Level.

Lyta has a new single out called ‘Country Boy.’

‘Country Boy’ is the follow-up to his previously heard song “Loke,” which featured Deline.

DJ BIg Skipp of the United States taps Khiid for ‘Mood,’ from his multi-genre album titled ‘Rookie of the Year.’

Victony has established himself as an artist adept at crafting melodies that captivate listeners and leave them wanting more. Victony delivers a smooth attention-grabbing Amapiano hit for DJ Voyst’s ‘B.O.A.’