Elesin Oba: Exploring Soyinka’s 4th stage and mysteries of Ogun, but it’s not the deep film it pretends to be [Pulse Review] 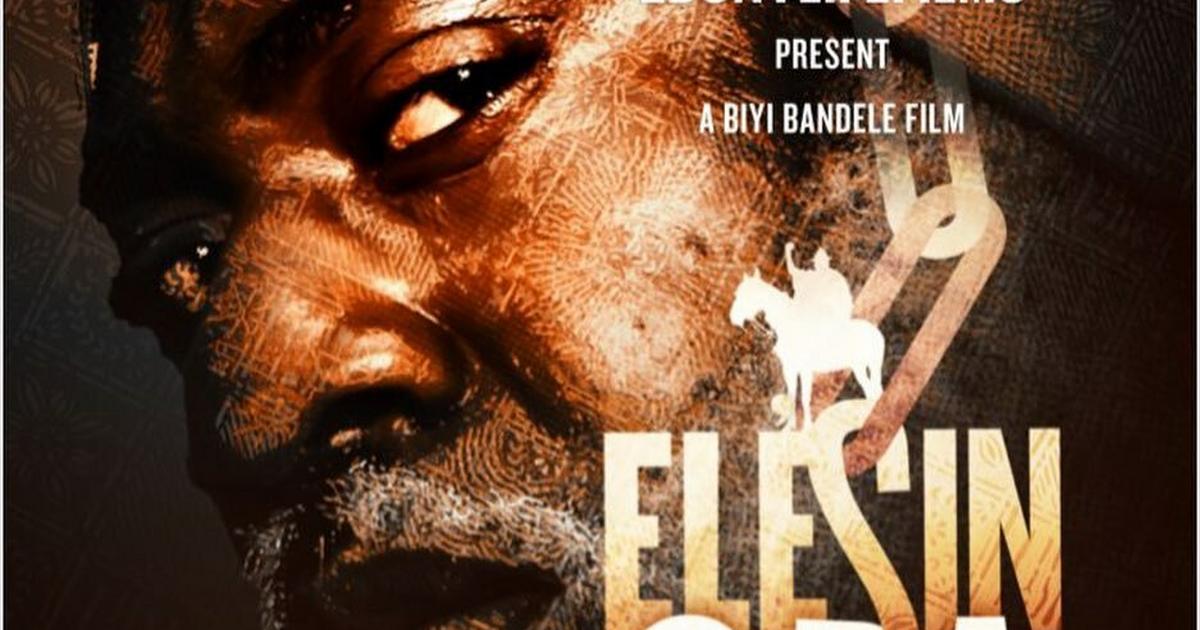 It has changed over the centuries and has been a significant part of numerous cultures and historical periods, including the Roman Republic, Elizabethan England, and modern times.

Numerous literary academics have offered various definitions of the term “tragic play.” A play or drama with a depressing ending is how tragedy is typically classified as a type of drama, both informally and by laypeople.

A detailed examination of tragedy via the prism of its inception; in Greek or classical literature, tragedy may be defined as a play in verse with a causally related chain of events in which the protagonist is tested, which typically results in a disastrous ending.

Even while the origins of classical and contemporary tragedies may change, the outcome is always the same: a person suffers a tragedy. The idea of tragedy is communal for Wole Soyinka and the African tragedy postulations through the theory of the 4th stage and the mysteries of Ogun, and that is what Biyi Bandele‘s Elesin Oba examines, even though it comes from Soyinka’s source material.

Odunlade Adekola plays the King’s Horseman, who must take his own life in order to join the King in the afterlife, keep him company, and clear a path for him so he won’t wreck havoc on the world.

This rite of passage must be completed, and there must be a constant flow. But this time, the Elesin has refused to die due to lust-induced blindness.

His sexual temperament hinders the process of transitioning until a British commander, Simon Pilkings (Mark Elderkin), interferes with the rite and calls it savage, putting the locals in peril.

After seeing the trailer, the discussion focused on whether we, as moviegoers and intellectuals, should be alarmed by the film’s production. Yes, the concerns I had before writing the opinion piece came true.

Elesin Oba is not the cerebral movie it portrays itself to be. Elesin Oba joins the list of films that have been adapted and end up stirring up controversy about them and their original works, with many people claiming that the original content is better.

The Tragedy of Macbeth, a cinematic version of Shakespeare’s Macbeth, was released in 2021 and is a good example of how a work can be modified and still perform as well as the original.

Shakespeare’s name conjures up academic lenses, much like Soyinka‘s, and if Coen (the director of The Tragedy of Macbeth) has achieved anything with the film’s pure tone, it’s finding a deliciously unsettling new vehicle for one of the writer’s most enduring works.

Here, Elesin Oba falls short: The movie alienated the film medium by remaining excessively faithful to its source material, resulting in a theatrical rendition of a film performance. The director was unable to convey the story visually by being unable to find his unique angle to it.

Except for Shaffy Bello, the cast’s performance doesn’t particularly stand out. When compared to other movies up for Oscar nominations like King of Thieves: Ageshinkole, Agenshikole may have a much worse plot, but its cast performances are the movie’s redeeming grace.

The plot of Elesin Oba is presented in a terrible way, and when combined with a weak group of performers, the movie is permanently damaged.

Excellent performances are given up by Elesin Oba in favor of poetic dialogue. The characters in the movie minimize the catastrophe that is destined to befall the town as a result of Elesin’s failure to carry out his rite and the absence of what Soyinka refers to as the Ogunian will.

Eleshin’s failure has a ripple effect on the community as a whole, according to Soyinka and even some statements in the movie, but the community doesn’t even seem to understand this, and the entire transition process doesn’t just feel like filler in the movie; it doesn’t seem to have any psychological impact on the people.

The color grading adds the final nail to the coffin. While I don’t support throwing out the baby with the bathwater, Elesin Oba’s color betrays everything about the look of a period piece. Elesin Oba is not the deep film it pretends to be. It is an empty calabash wrapped in a peacock aesthetic; beautiful on the surface, but that doesn’t take away the hollowness.

1. Even as a Yoruba man, some of the Yoruba dialogue was not particularly clear to me until I read the subtitles. But, somehow, Pilkings and his wife were able to understand Eleshin and vice versa. Ah!

2. Brymo should stick to his music. He is terrible to watch

3. It’s refreshing to see Shaffy Bello in this one. She nailed it.

4. The traditional music, though overbearing at some point as it slowed the film the more, is very beautiful.