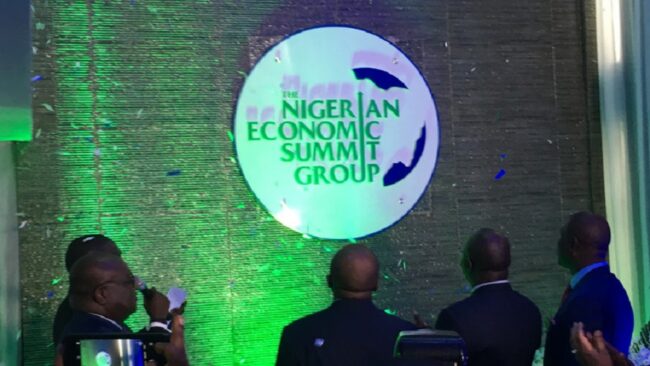 Laoye Jaiyeola, NESG’s chief executive officer, made this known in a statement released on Thursday.

The debate was scheduled to hold on Tuesday, November 15, 2022, at the Transcorp Hilton Hotel, in Abuja.

Jaiyeola said the debate was shelved after NESG, the Nigerian Elections Debate Group (NEDG) alongside other collaborators conducted an analysis of events surrounding recent engagements with the presidential candidates for the upcoming 2023 elections and subsequent statements from political parties.

TheCable had reported that Bola Tinubu, presidential candidate of the All Progressives Congress, and Atiku Abubakar, the flag bearer of the Peoples Democratic Party, failed to show up at a recent town hall meeting for presidential candidates organised by Arise Television and the Centre for Democracy and Development.

The APC presidential campaign council later issued a statement, explaining that a number of networks have indicated interest to host similar events and it would not be fair if Tinubu makes selective appearances.

“It was envisaged that the debate would provide a unique platform and opportunity for presidential candidates to discuss their economic agenda in an environment of civil discourse,” Jaiyeola said, explaining reasons for the cancellation.

“However, a critical assessment of events surrounding recent engagements with the presidential candidates, as well as subsequent statements from political parties, necessitates a review of our plans.

“In this regard, the presidential debate on economic policy will no longer take place as planned due to these prevailing circumstances.

“We sincerely apologise for any inconvenience this decision may cause our stakeholders and all Nigerians.”

Jaiyeola also assured that the NESG would actively seek independent direct engagements with the candidates on critical economic policy reform issues and prescriptions.

“We envision a Nigeria where election debates are an integral part of the electoral process, and candidates are eager to engage citizens in discussions about their mandates, experience, ability, capacity, knowledge, and overall competence for the positions they seek,” she added.

“We remain committed to providing a platform for such engagements in the national interest.”