Democrats retain control of Senate with victory in Nevada 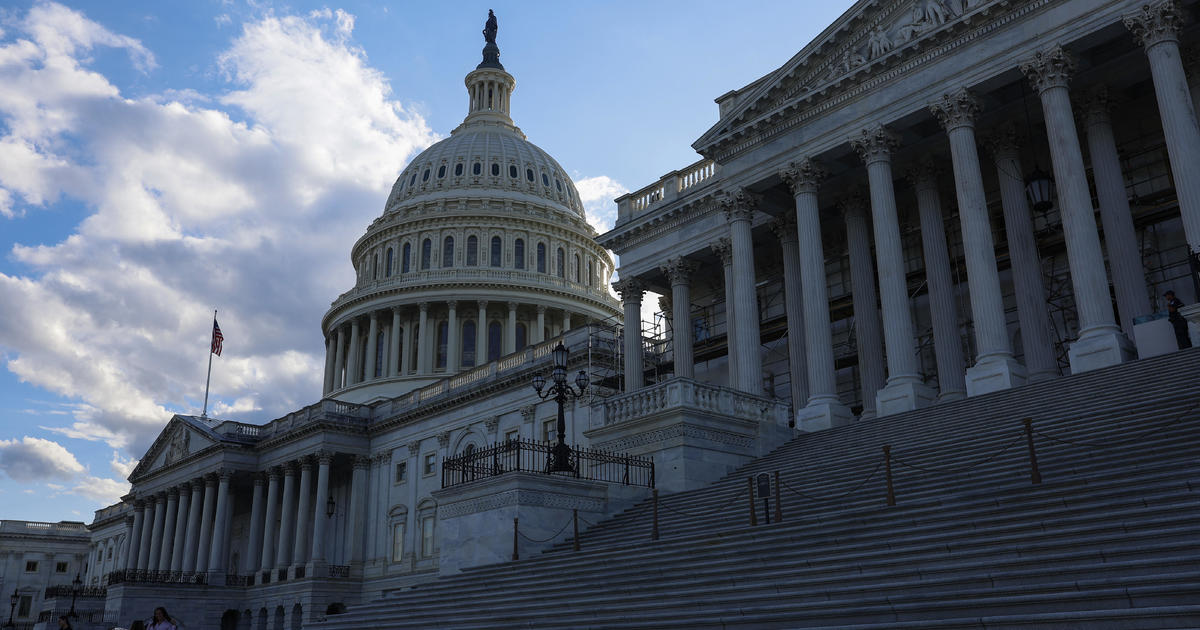 Democrats will continue to control the Senate following the 2022 midterm elections, after Nevada Sen. Catherine Cortez Masto on Saturday was projected by CBS News to win a tight reelection race against Republican Adam Laxalt.

Her victory gives Democrats 50 seats in the 118th Congress. Vice President Kamala Harris’ tie-breaking vote, should it be needed, gives them the majority, regardless of the outcome of the Georgia runoff election in December between Sen. Raphael Warnock and Republican challenger Herschel Walker.

“The election is a great win for the American people,” Senate Majority Leader Chuck Schumer said in a briefing late Saturday night. “With the races now called in Arizona and Nevada, Democrats will have a majority in the Senate, and I will once again be majority leader.”

Republicans could still take control of the House, where a handful of races remain unresolved. However, control of the Senate means Democrats will have the ability to effectively kill any legislation emerging from a GOP-led House, enabling them to shield President Biden from politically risky legislation that a Senate led by Republicans might have brought to a vote. A Democratic Senate also makes it much easier for Mr. Biden to win approval for judicial nominations and appoint his desired candidates to positions across the government over the last two years of his term.

A pleased Mr. Biden — who is in Phnom Penh, Cambodia, attending the summit for the Association of Southeast Asian Nations — told reporters Sunday morning that Schumer has “got a majority again.”

“We’re focusing now on Georgia,” Mr. Biden said. “We feel good about where we are. And I know I’m a cockeyed optimist. I understand that from the beginning, but I’m not surprised by the turnout. I’m incredibly pleased by the turnout. And I think it’s a reflection of the quality of our candidates. And they’re all running on the same program. There wasn’t anybody who wasn’t running on what we did. They’re all staying, sticking with it. And so, I feel good. I’m looking forward to the next couple years.”

Anita Dunn, a senior adviser to Mr. Biden, told “Face the Nation” on Sunday that control of the Senate is crucial for advancing the president’s agenda.

“Control of the Senate is hugely consequential both for judiciary nominations and appointments, the most diverse group of judicial nominations ever under the first two years of President Biden, but also for controlling the agenda in the U.S. Senate, and that means continued progress for the working families, middle class of this country,” she said.

Before Election Day, some Republicans had begun to believe Senate control was within reach, since Mr. Biden is suffering from underwater approval ratings amid high inflation and voters’ negative views of the economy in all the battleground states.

But in the months before the general election, Senate Minority Leader Mitch McConnell expressed doubt that Republicans could take the Senate, which he blamed on “candidate quality.” Many of the Republican candidates who lost were far-right and endorsed by former President Donald Trump, which gave them momentum during the primary season. They failed to appeal to independents and moderates in the general election.

Sen. Pat Toomey, who is retiring from the Senate, and whose seat was won by Democratic Lt. Gov. John Fetterman, blamed Trump for the missed GOP opportunity.

“The data is overwhelmingly clear — the more candidates who are associated with Donald Trump, and the ultra MAGA movement, and this false notion that the election was stolen from him in 2020, the more that was the message, the more they lost, and in many places, it was a stark to a more conventional Republican who was winning,” he said in an interview on Fox News Saturday.

Though he didn’t identify him by name, Toomey referred to the far-right Republican candidate for governor Doug Mastriano as “a weak candidate who loses by 15 points, the most for an open seat since the 1950s.”

He went on to note that “we lost three opportunities to flip House seats, lost control of the state House…and the party needs to get past Donald Trump.”

Alaska, where three candidates were on the ballot in a ranked-choice voting system, has also not yet been called, but with the top two finishers both Republicans, CBS News projects it will stay in Republican hands.

In other battleground states, CBS News projected the races in Wisconsin, Florida, Ohio and North Carolina will go to Republicans, while Democrats will win in Colorado, New Hampshire and Pennsylvania.

In each of the Senate battlegrounds where CBS News has conducted exit polls, voters said control of the Senate was important to their vote. CBS News conducted statewide surveys in 11 key battleground states: Arizona, Florida, Georgia, Michigan, New Hampshire, Nevada, North Carolina, Ohio, Pennsylvania, Texas and Wisconsin. In these states, voters had negative views of the nation’s economy.

In most of the Senate battleground states, the issue of inflation outpaced abortion in terms of the importance of the issue to voters. But in Pennsylvania’s closely watched race, where Fetterman came out ahead of Republican candidate Dr. Mehmet Oz, exit polling showed abortion outpaced inflation as a concern for voters.

Thirty-five Senate seats were up for grabs in total in the 2022 midterm elections, but under one-third were expected to be close.

Musadiq Bidar and Jack Turman contributed to this report.