Dash for gas: Europe’s cost of living crisis shouldn’t cause an environmental disaster in Africa 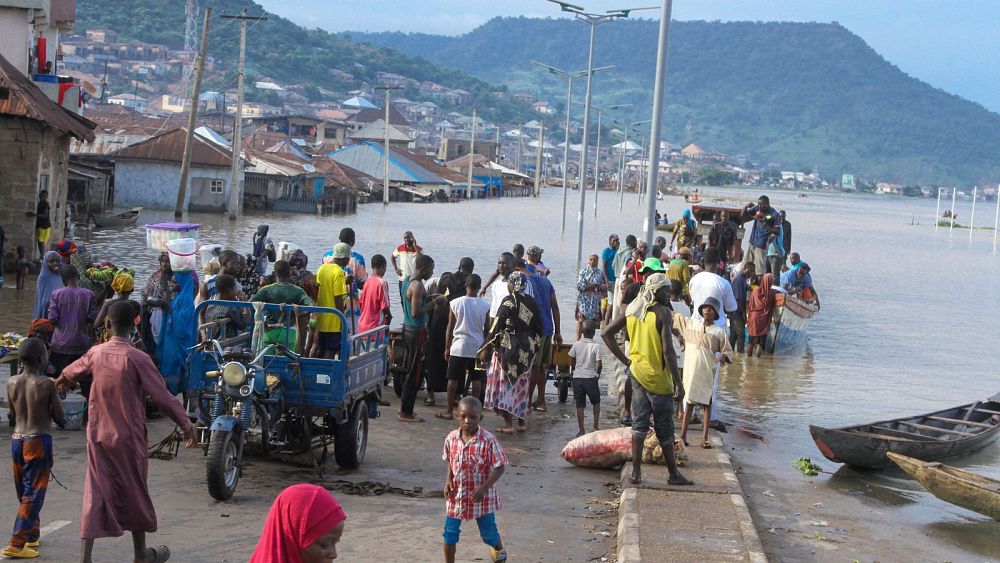 Evelyn Acham is a climate justice activist and Ugandan coordinator of the Rise Up movement, founded by fellow organiser Vanessa Nakate.

Europe’s response to the energy and cost of living crises must not be to promote new oil and gas extraction and export infrastructure.

An EU-led “dash for gas” in Africa would be dangerous and short-sighted, threatening communities in both Africa and Europe.

In recent months, European leaders have announced a flurry of deals to increase gas production and exports, including with Egypt, Senegal, Angola and Republic of Congo.

Deals aside, European leaders have been promoting an unhelpful narrative in Africa.

The EU’s foreign affairs chief Josep Borrell, for example, is encouraging the Mozambique government to accelerate a gas programme which has led to the displacement of thousands and the fuelling of violent insurgency and conflict.

European households are under pressure to keep their families warm this winter, but building out new gas infrastructure will not bring down energy bills this year.

Instead, it would lock us into a precarious, and dangerous future of gas dependency that looks frighteningly like the present.

Why a dash for gas would be disastrous

As a coalition of African and European civil society organisations have today warned the EU and heads of state, a dash for gas in Africa would be a disaster for our climate, undermining Europe’s existing commitments to keep temperatures to 1.5°C and to phase out international finance for oil and gas as promised in Glasgow at COP26.

It would worsen the climate impacts in regions least responsible for the crisis. And the threats from gas extraction and infrastructure go well beyond this. These projects cause hugely detrimental impacts on existing livelihoods, public health, air quality, and biodiversity.

New gas production and infrastructure would be bad for European and African economies as well.

Any new gas infrastructure that would be developed would come online too late for our near-term needs. This would lock our behaviours, industrial processes, and economies into polluting fossil fuels well beyond their useful life.

It also risks undermining African development, saddling countries with debts for export-oriented gas production for which there will be fewer and fewer customers as demand drops, leaving African people on the hook to cover the costs of these stranded assets.

This is despite the reality that these countries are already owed a climate debt.

There is also an opportunity cost: investment in gas distracts from the urgent necessity of financing increased access to clean and reliable electricity for the more than 570 million people on the continent who lack energy access.

Perhaps most pressingly, oil and gas fuels conflict. We have seen this, of course, in Ukraine, but also in many parts of Africa from where European governments are now looking to source gas.

European leaders should concentrate on their own renewables

As the UN Secretary General said this year, investing in new fossil fuel production and power plants is moral and economic madness.

Instead of rushing for new gas projects overseas, supporting European households through this winter, rapid expansion of renewable energy and greater demand management is the urgent priority.

Domestic policies such as Repower EU, the Fit for 55 package, and other demand reduction measures are encouraging and will have a concrete positive impact, reducing gas demand significantly by 2030.

They are a step in the right direction but, as European nations’ own officials have noted, are not enough. Lamentably, the “dash for gas” foreign policy approach contradicts European countries’ domestic direction of travel.

Europe must help lead the transition away from gas both domestically and around the world as quickly and fairly as possible.

Ways in which Europe and Africa can work together on energy

In order to do this, the EU should immediately cease any deals to expand gas production and infrastructure in Africa, reaffirm the COP26 Glasgow Statement to halt investment in new gas and oil, and apply it to projects not yet developed.

It should also introduce rapid gas demand reduction measures in Europe that apply to energy and industrial processes, (for example, reducing plastics production would cut gas consumption close to the volumes that could feasibly come from reserves in African countries).

Meanwhile, Europe must invest in large-scale rollout of renewable energy in partnership with African countries and democratic institutions to support energy access.

We must work cooperatively, in partnership with people, communities, and governments from across Europe and Africa to shift off fossil fuel energy systems and accelerate a just and equitable energy transition based on 100 per cent renewable power.

Only this will allow us to free ourselves from the shackles of a dirty energy economy and move rapidly, together – in every country – beyond polluting, conflict-causing fossil gas.

The EU must grasp this historic moment to be a true climate leader.