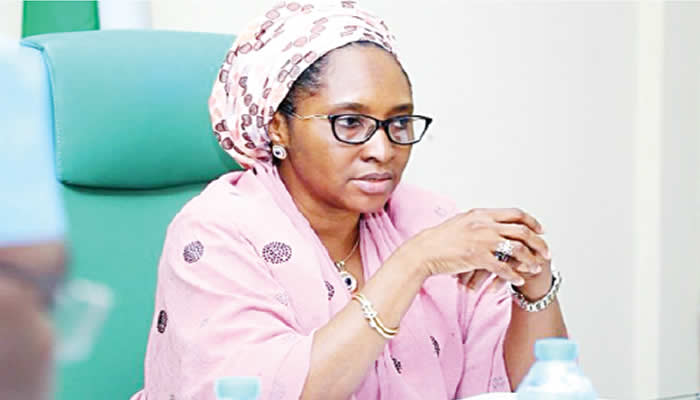 Experts are worried by Nigeria’s fiscal crisis which is hurting Africa’s most populous nation.

The 2023 budget sets aside N6.31tn for debt service, which is 30.8 per cent of over N20tn estimated total expenditure for the year.

The number is 71.2 per cent higher than 2022 estimate as it included interest payment of N1.2 trillion for Ways & Means.

The country’s debt rose by N30.72tn between July 2015 and June 2022, according to data obtained from the Debt Management Office showed.

This period corresponded with the time Major General Muhammadu Buhari (retd.) was the country’s president.

According to the statistics obtained from the DMO, Nigeria’s total debt as of June 30, 2015 stood at N12.12tn.

Domestic debt has pushed Nigeria’s total public debt stock from N41.60tn as of March 2022 to N42.84tn as of June of the same year, showing an increase of N1.24tn in three months, according to the DMO.

According to the agency, the Federal Government was unable to secure any foreign loans in the second quarter of 2022.

There was also N600m sinking fund and N1.22tn interest on ways and means, which is money borrowed from the Central Bank of Nigeria.

The Federal Government further projected that debt servicing would cost N10.43tn by 2025, according to the 2023-2025 MTEF/FSP document.

Debt service was 119 per cent of revenue in the first four months of 2022.

In 2021, South Africa spent only 20 per cent of its receipts on debt servicing while Nigeria spent 86 per cent , according to findings by The Punch.

According to the International Monetary Fund’s 2021 Article IV estimates, Africa’s most populous nation spent 85.5 per cent of its revenue on servicing the debt in 2021.

On the other hand, South Africa’s budget office, situated in the National Treasury, estimated its debt service-to- revenue in 2021 at 20 per cent, explaining that for every five rand raised by the government, only one rand was spent on servicing debt.

Nigeria’s total debt by end of December 2021 was only 30 per cent of South Africa’s debt, yet the former’s debt service appears too expensive, according to analysts.

Analysts say Nigeria’s debt service is very expensive because of the perception of investors of the country as high risk.

Africa’s most populous nation has a severe revenue problem.

Nigeria’s revenue to GDP is nine per cent, while Ghana’s is 13 per cent. Nigeria is seven times Ghana’s population of 31 million.

According to the Debt Management Office, Kenya and Angola have revenue-to-GDP ratios of 16.6 per cent and 20.9 per cent respectively.

Nigeria does not also collect enough taxes as its tax to GDP is nine per cent, with the least recorded in 2016 ( 5.3 per cent).

The average of the 30 African countries in Revenue Statistics in Africa 2021 was 16.6 per cent.

However, debts and their servicing are mounting.  The country spent 118 per cent of its revenue in servicing debts in the first four months of 2022, according to the Minister of Finance, Zainab Ahmed.

The Federal Government is proposing a budget with estimates totalling N19.76tn, while the deficit will hover between N11.30tn and N12.41tn in the 2023 fiscal year.

If the deficit settles at N12.41tn in 2023, the Federal Government may need to borrow to finance it, which could raise Nigeria’s total debt to a record N54.01tn.

Nigeria’s current debt is N41.6tn, according to the 2022 first quarter data from the DMO

The Chief Executive Officer of Centre for the Promotion of Private Enterprise, CPPE, Dr Muda Yusuf, said that debt service ratio was a function of the magnitude of the debt and its cost.

“If the amount you are borrowing is high, you also have to pay more. Also, Nigeria borrows at expensive rates, especially the Eurobonds. Sometimes, we celebrate that our Eurobonds are oversubscribed, but the yields are very high when you compare them with other countries,” Yusuf said.

He explained that investors perceived Nigeria as high- risk, explaining that risk premium must be paid when bonds were perceived as high-risk.

A market analyst, Ike Ibeabuchi, suggested that Nigeria must pay more attention to cost-cutting measures such as reducing the earnings of the legislature, adding that he country should look at ways of tapping equity rather than debt.

Findings have shown that Egypt’s debt service-to- revenue was 20.5 per cent in 2021, according to its central bank, while Kenya’s and Uganda’s were estimated at 60 per cent and 27-30 per cent respectively.

Another major reason for Nigeria’s high debt service-to- revenue is its low revenue generation. Analysts are worried that Nigeria is not raising enough revenue from an economic size of over $400 billion, wondering why policy makers are not thinking out of the box.

“We are likely to have a higher debt service-to-revenue ratio if revenue levels do not increase significantly,” said President of Lagos Chamber of Commerce and Industry, Michael Olawale-Cole, at a press conference in April.

Cole suggested that the Federal Government must improve its tax collection by expanding the tax net to reduce dependence on oil revenues and exposure to global shocks like the war in Ukraine.

A PricewaterhouseCoopers’ research has suggested that Nigeria must convert its dead assets into liquid ones.

Partner & Chief Economist, PwC Nigeria, Andrew S. Nevin, recently explained that Nigeria had $900 billion worth of dead assets in residential, real estate and agriculture land that must be revivified and converted into liquid assets.

Director-General of Lagos Chamber of Commerce and Industry, Chinyere Almona, in a recent statement, said Nigeria must identify corporate, physical, intangible, human assets, determine their worth, and make plans to repurpose or redevelop idle ones.

A former Deputy Governor of the Central Bank of Nigeria and former presidential candidate, Kingsley Moghalu, in a recent PUNCH report, criticised the increasing borrowing tendency of the government, urging the officials to re-consider other ways of generating revenue for the country.

According to Moghalu, it was also not reasonable to borrow for infrastructural development as the government could expand the public-private partnership options for such development.

A report by the Nigerian Economic Summit Group and the Open Society Initiative for West Africa disclosed that Nigeria and 10 other Economic Community of West African States countries were currently in debt distress based on debt sustainability analysis.

It was further disclosed in the report that public debt accumulation for these countries was becoming unsustainable and needed to be addressed to avert the looming debt crisis.

The report warned that the possibility of a debt crisis in Nigeria would adversely affect public and private investments as well as other sectors of the country.

The World Bank recently said that Nigeria’s debt, which might be considered sustainable for now, was vulnerable and costly.

According to the Washington-based global financial institution, the country’s debt was also at risk of becoming unsustainable in the event of macro-fiscal shocks.

The Director-General, Nigerian Association of Chambers of Commerce, Industry, Mines and Agriculture, Olusola Obadimu, recently said the Federal Government’s plan to borrow N8.4tn while projecting debt servicing at N6.3tn for 2023 budget would translate to merely borrowing to service existing debts.

He further advised, “We have to start cutting our coats according to our clothes. We have to look for more ways to start earning foreign exchange. We are still dependent on this monolithic source of income, which is crude oil.

But the non-oil exports are very low.”

An economist and former Vice-Chancellor, University of Uyo, Prof Akpan Ekpo, said it was dangerous for the country to hope to fund the budget through borrowing.

Ekpo stated, “The debts keep increasing and the amount of money used to service debts is also quite high. I can recollect that about 70 per cent or so is being used in servicing debts for 2022. That is worrisome. If the government keeps borrowing to fund recurrent expenditure, it is not good for the economy. It will retard growth.”